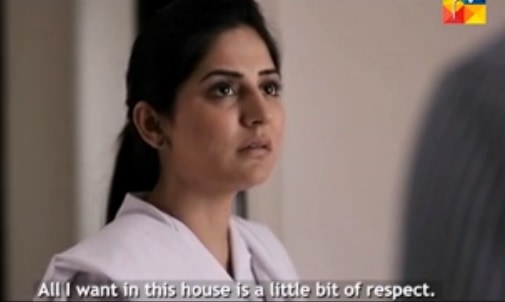 Wah Sikandar, Kya baat hai ap ke double standards ki!! I really thought that nothing that Sikandar would ever do now would come as a surprise to me but his shocking double standards became even more obvious today. The sole reason Sikandar had that argument and confrontation with Kiran was that she discussed their “personal matters” with Sikandar’s mother. Today we saw Sikandar pouring his heart out to his friend, discussing every intricate detail of his married life. Not only this but he also lets his friend call his wife “bewakoof aur haddharam” – that to me was more inappropriate than Kiran discussing anything with Shaista because Shaista is Sikandar’s mother and therefore has more of a right to intervene in what is going on in their lives, if there is a need to do so. Sikandar’s conversation with his friend proved further that he had no respect for Kiran at all. 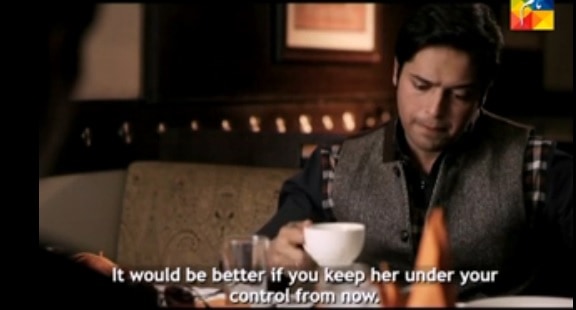 The way Sikandar associates love with material things has been portrayed brilliantly. His cluelessness regarding what Kiran expects from him comes from what he has seen in his own house. His mother never demanded that kind of a respect from her husband so he doesn’t know what Kiran wants. Shaista was happy when her husband “compensated” for the abuse by showering her with gifts so why should Kiran feel any differently? Even Kiran’s mother has a completely different mindset; she thinks that her daughter should put up with everything because she is blessed with all the luxuries of life. This way of thinking is very common in out society. People very often envy girls who get married into big houses with big cars!! No one really knows what happens behind closed doors and even if people do know they still consider such girls lucky because happiness is associated with material things. 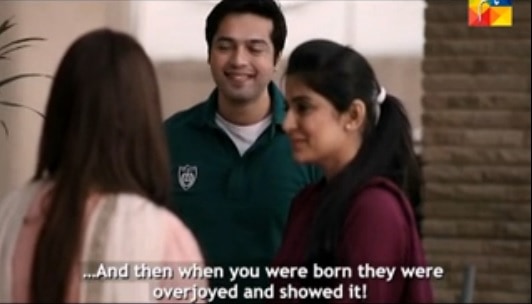 I actually feel for Faiqa’s character now, just how low is this woman going to sink? When will she ever move on?  It was quite apparent from her reactions to everything that Shaista informed her about from Sikandar and Kiran’s fight to the miscarriage that she is still hoping that the marriage may not last very long. Which means that she wants even now that Arzoo will somehow end up getting married to Sikandar. Arzoo and Faiqa’s conversation after Shaista leaves went to show that although Shaista genuinely loves her sister but she feels nothing like that for her. 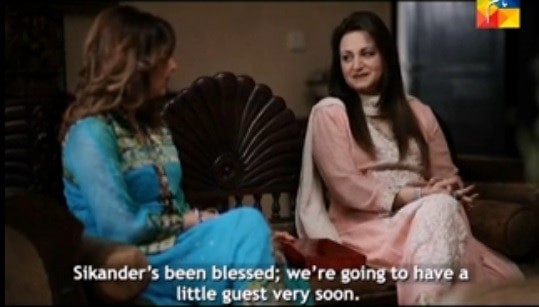 The miscarriage incident reminded me a lot of Doraha, although I watched the play a very long time back. But I clearly remembered feeling for the mother when she lost her baby because of her husband. The way Shaista covered up for her son was very shameful, not because she didn’t tell anyone that it was because of Sikandar that Kiran lost the baby but because she kept on indirectly blaming Kiran for it. If what Sikandar was doing was so right then why was she so ashamed of telling people about it? And if it was so wrong then why did she hold Kiran responsible for it? Shaista keeps on reminding Waqar how he used to be which goes to show that she still hasn’t forgiven him but at the same time she thinks it is perfectly fine to victimize Kiran. 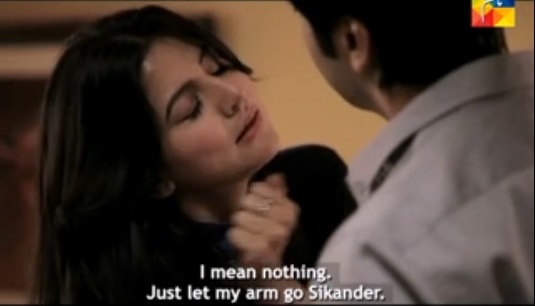 It was rather odd that Kiran was taken to the hospital in an ambulance when there was a transport handy. Ambulances usually take so much time to arrive and if a patient can easily be taken to the hospital in a car most people will choose that option. Sikandar’s confessions of love after everything he did seemed like a mockery and rightly so too. He thinks that a trip abroad can make up for what happened and will help Kiran move on.

The preview of the next episode showed that Kiran’s father will finally take a stand for his daughter. I really hope that Aysha will not be bale to talk him out of it. Sanam Baloch’s brilliant performance throughout this play till now has made it a delight to watch. In fact Kankar is one of the very few plays on air right now in which all the actors are doing a commendable job.