Impact of sitcoms in Pakistan

Who does not want to laugh? Everyone wants to have a cheerful environment around itself. Watching sitcoms is one of the ways to surround oneself with laughter and joy. It is not lesser than a blessing that our TV networks are showcasing good comedy shows which have so far gained a whole lot of appreciation. Even sometimes, people themselves try to imitate these cheerful comic characters at their homes to create a joyful environment around. A number of TV channels are broadcasting good comedy shows but there are certain ones which almost no one misses to watch. The three  most famous sitcoms, these days, are: 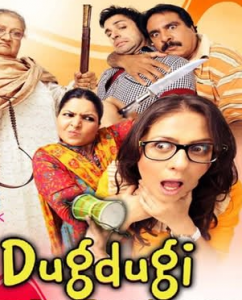 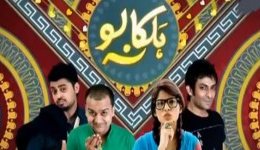 It has undergone significant changes over the years only to end up, to some extent, back in the same place. Sometimes it holds a mirror up to society to reflect the changes going on in the world, and sometimes it’s a show about nothing

The sitcom may be unique among artistic media in its ability to focus on relationship in a dualistic sense: it moves not only internally within the framework of its context but also externally by cultivating a deep relationship with its audience. The sitcom slowly, almost imperceptibly, invites the audience to become part of its constructed community. What makes this model of relationship possible is the accessibility of the comedic character and, more significantly, the permission comedy gives us to acknowledge and accept our own failures and even sinfulness.

The ethical fragility of the hero not only drives the narrative of the comedic piece but also serves as a point of accessibility for the audience. The apogee of the comedic narrative usually involves the hero in a place of moral conflict, driven equally by his higher and lower desires; but the context is usually of the most ordinary sort, with minimal stakes.

Perhaps even more significant is the ensemble element of the sitcom, which provides a collection of diverse personalities that allow viewers multiple opportunities to find someone with whom to identify.

The sitcom is the most populist of genres in the most populist of mediums and has traditionally brought with it a strident, moralistic tone. While other television genres, like the procedural drama and the historical narrative, are infused with moralistic undertones, their quality depends almost entirely upon maintaining a level of ethical nuance and ambiguity that the sitcom does not require.

Moreover, we can observe that in Pakistan there is strong inclination towards this genre. The reason behind is, less entertainment packages are available to the people. Over time sitcoms acquire a kind of second life, where people who don’t even watch a show perceive the program as being extremely influential

As the media hype builds for the show, writers go beyond objective reviews to actually using their newspapers and magazines to push a controversial sitcom into the limelight so that more people will watch.

No matter how one categorizes these programs or how much influence the new reality trend has on the medium, the fact remains that television comedies are not realistic. It’s impossible—because TV is not reality.

In the end, it can be summarized that sitcom industry in Pakistan is not big, but it can’t be denied that it is undoubtedly a great one. We still remember the sitcom “Family Front” (PTV) and we shall not be forgetting BULBULAY too. They have a great and long-lasting impact on their viewers