Mani and Hira, the formidable duo has been known for giving out unfiltered and honest opinions as per their thinking, about every single celebrity for the longest period of time. There was a time where people disliked Hira and Mani for stating every single thought that ran through their minds. Hira and Mani used their honesty as their USP and they believed it wouldn’t come back to them ever. For the longest time, Hira and Mani, be it on their own show or on other talk/morning shows did not shy away from saying what they felt about every single Pakistani celebrity whether it was rude or insensitive.

The audience saw a change in both Hira and Mani’s attitudes when Hira started taking her acting career seriously. Hira worked alongside Mani for a considerable amount of time where they both co-hosted a show called Hum Do Hamara Show and then they did sit-coms together. It was too obvious that at that point in their lives, they did not think about how they might have to face the consequences of the things they have been saying about others for years.

In a recent interview, Mani while speaking to Samina Peerzada did mention that he had to take a step back because his involvement and association with Hira was costing her a lot of good projects. That probably was the time when both Hira and Mani decided to work on their image and fix it because they both were well aware of the fact that their words and opinions have caused a lot of damage. 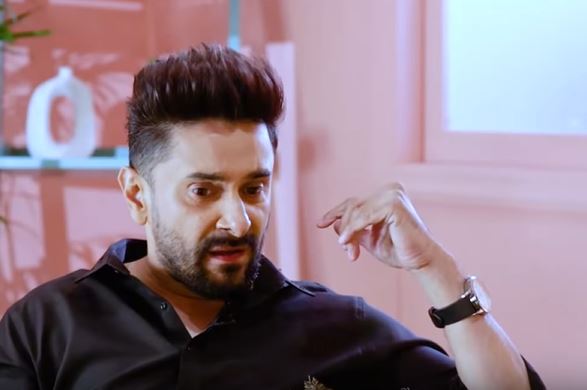 In an interview with Fuchsia, Hira Mani herself also admitted that Imran Abbas refused to work with her and rejected the project straight away after finding out that he will be paired with Hira Mani. The interviewer asked Hira what questions will she ask Mani if she’ll get a chance to interview Mani. Hira said Mani has taken a backseat ever since he has realized that his bluntness and honesty was affecting Hira’s career. In fact Hira yet again turned it into a chance to mention that this is Mani’s love for her that he stopped doing what he was known for. Hira stated that the things Mani asked Imran Abbas during Hum Do Hamara Show rubbed him the wrong way. Hira told that not only Imran Abbas but Naveen Waqar also refused to work with Hira. Hira did however mention that things have been sorted between her and Imran Abbas and they are on good terms with each other. Hira went to speak about Yasir Hussain that he is now working on the lines of Mani but she did speak from her experience and stated that this might cause trouble to Iqra Aziz in the future as well.

Hira Mani does feel that their honesty hurt Imran Abbas and that he could not take the things Mani said to him during the interview but it is disappointing to see how over the years, Hira and Mani have both left no stone unturned in humiliating Pakistani celebrities. This was the reason why for the longest time, the audience didn’t like the image that both Hira and Mani carried as a couple. Hira has now started projecting herself with a lot more maturity and she doesn’t really say things that will hurt others but the things they have said in the past are still on record.

This interview of Good Morning Pakistan was aired in 2014. In this episode, Nida Yasir visited Hira and Mani’s house to show it to the audience. This was also the year when Imran Abbas’s Bollywood movie Creature 3D was about to release and its trailers were being aired all over. In this interview, Hira and Mani both continued to take digs at Imran Abbas and made fun of his movie and his body language. While talking about men who like clothing, Hira clearly stated that those men are sissy and then immediately she shifted the focus on Imran Abbas and without taking his name, started making fun of how he was running after his leading lady Bipasha Basu. Even though this interview was shot at the comfort of their lounge, Hira and Mani totally forgot that this was being aired to the masses. Hira and Mani did not believe in filtering their thoughts and they actually believed it worked for them but in reality, this is what made people have strong opinions against them, their personalities and the things they used to say. Hum Do Hamara Show aired way back but in 2014, it seemed Hira and Mani were still on Imran Abbas’s case and thought making fun of him was the right thing to do. Here’s what Hira and Mani both had to say about Imran Abbas and his Bollywood movie Creature:

The Song of Creature In Question:

Hira Mani surely has matured over the years and she now presents herself in a very dignified manner. It is good to see that after Mani decided to take a step back, Hira has gotten a chance to work on her image and change it. Hira’s phenomenal acting and talent has gotten her where she is. It is good to see that now Hira is pretty considerate towards her fellow celebrities, however it seems she has a long list of people she’d have to apologize to for the things she and her husband have said about them over the years.