It takes a lot for an actor to create the look of a character. It won’t be an understatement that it actually takes an entire team at times, to give a face to the character when an actor is appointed to play a certain role. A look of a character is also one of the most important aspects because even before the personality of the character is revealed with each passing episode, their look is the first thing that leaves a visual impact. The hair and makeup, clothes, mannerisms and body language contribute a lot in making or breaking a character. Most of the times, when a character looks as close to the reality, that is when it leaves a mark because by the end of the day, dramas are made to depict the reality.

There are very few actors who do not resort to full glam or elaborate looks to play their characters. It takes a lot for an actor to give up their signature or certain look to bring life to the character and more than that, give it a realistic feel and vibe. With the passage of time, our actors have gone easy on the makeup because they have realized that being totally glammed does not do justice to the character that they are portraying. However, In the recent times, we have come across two such actors who gave their negative characters their 100% acting wise, but the overall aesthetic look didn’t do justice to their characters and ended up being a distraction for the viewers. This look that they were going for, resorting to the wig didn’t really make sense to begin with and it left a huge question mark in the minds of the drama buffs as to what they were trying to achieve by relying on such ugly looking wigs. This wig worked against the overall look of these characters and made them look like caricatures.

Let’s take a look at the recent Villains With Wigs:

When Balaa aired, the first thing that caught the attention of the viewers, more than the storyline and the characters was the wig that Ushna Shah was wearing throughout the drama. As the drama progressed, people were looking for an answer because they were unable to wrap their heads around the fact that Ushna Shah wore this hideous looking wig which didn’t add anything to her character. This wig screamed low quality and it did not add any touch of negativity to Nigaar’s character. The character of Nigaar was portrayed phenomenally by Ushna Shah, where her expressions and dialogues, basically her acting was enough to showcase her negative mind-set. That is why it gave all the more reason for the viewers to ponder upon the reason behind why she resorted to this wig. Our actors do try hard to do what it takes to make their characters look real but this wig was totally out of place. Nigaar was shown as a girl with complexes due to her physical limitations but because she came from a wealthy family, she had everything at her disposal, this yet again made everyone question the choice of cheapest wig that Nigaar opted for and most importantly why? Ushna Shah played Nigaar’s character to perfection, her mannerisms, expressions, overall look screamed negativity, but this wig which was a highlighted feature of her look didn’t really do much for her!

It looks like after the popularity of Balaa and Nigaar’s character, Big Bang Production house stored the wig used by Ushna Shah to be used later. When the writer came up with Shumaila’s character in Surkh Chandni, which is being played perfectly by Mansha Pasha, the producers handed the same wig over to her to be worn to recreate the aura of Nigaar from Balaa. Not sure what made them think that this wig which is perfectly styled with loose curls all the time will add realistic touch to Shumaila’s character? Shumaila belonged to a lower middle class family where she had to do most of the household chores for a family of 5 in the initial episodes, so for her locks to have perfect curls just did not make sense whatsoever. What’s worse is that it was way too obvious that it was a wig, which once again made people question the choice made by those who styled Shumaila and came up with an image for her character. Mansha Pasha has performed brilliantly but this wig is nothing short of a distraction and unrealistic one at that too. 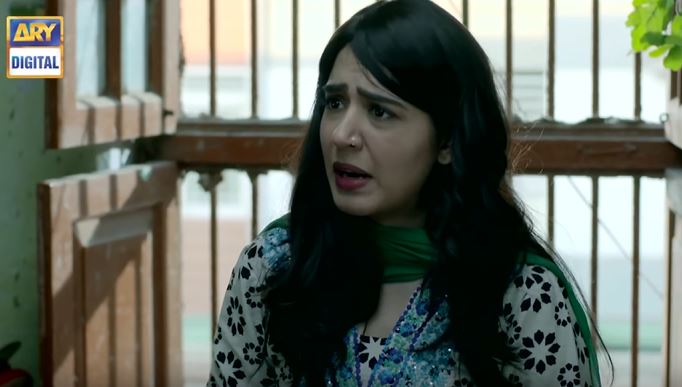 Let’s hope that after the popularity of both these characters and perfect acting by both Ushna Shah and Mansha Pasha, Big Bang Production doesn’t make wearing wigs mandatory like an official dress-code for their negative characters played by females.