A huge fiasco went on when India initially banned Pakistani artists more specifically Mahira Khan and Fawad Khan from working in Bollywood. Their movies Raees and Ae Dil Hai Mushkil where Fawad had a cameo came under a lot of fire. Consequently, there were no more projects for the stars. Recently, an Indian minister talked about banning Atif Aslam and Rahat Fateh Ali Khan. Saba Qamar who did Hindi Medium is also not going to be a part of the sequel. So, India has officially banned Pakistani artists to work in any of their media. 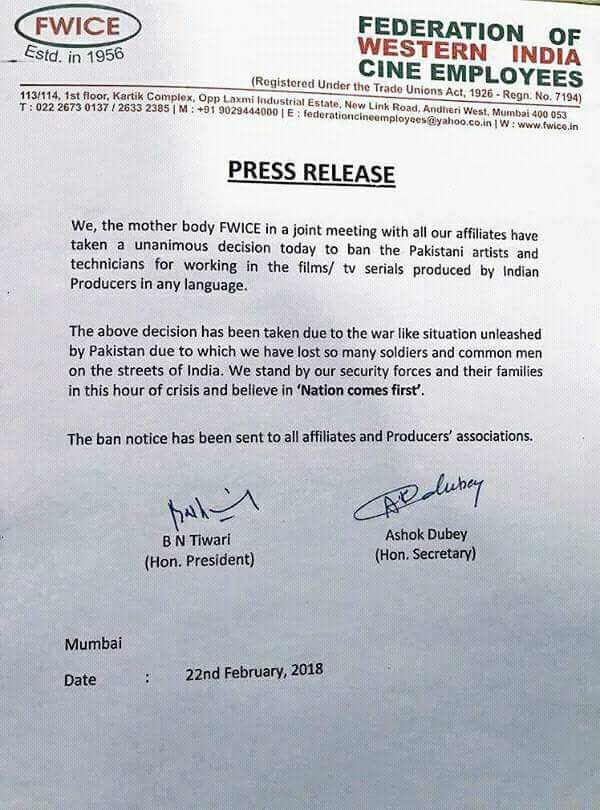 The FWIC notice openly is calling Pakistan the nation who has unleashed a war like situation in their country. So, Pakistani artists are officially banned while our channels are still showing Indian content and none of our stars had the audacity to say a word about these allegations.

It was the time we should have showed too that “Nation Comes First”. Our industry is flourishing by leaps and bounds which should have provided confidence to artists to take a stand for their and their country’s dignity.

What are your thoughts on this? Share in comments!