Dil Nawaz has rather been slow in these episodes with Dil Nawaz still trying to win over Fawad by hook or by crook. She does not care what people are thinking and how normal things work, she will only settle for having Fawad completely in her life as her husband. With Fawad’s family finding out about Shah Jee, there was a hope that things will get solved but it just didn’t happen as Jahan Ara is falling in the footsteps of her sister and helped Dil Nawaz overpower him. From power to transforming to Fawad’s cousin and possessing Kiran, she is trying everything. The thing that bothered me a lot was Fawad not recognizing Dil Nawaz when she came to his house as Mariya. She was wearing the same clothes, same jewellery and was even talking in the same way which should have made things clear to him. 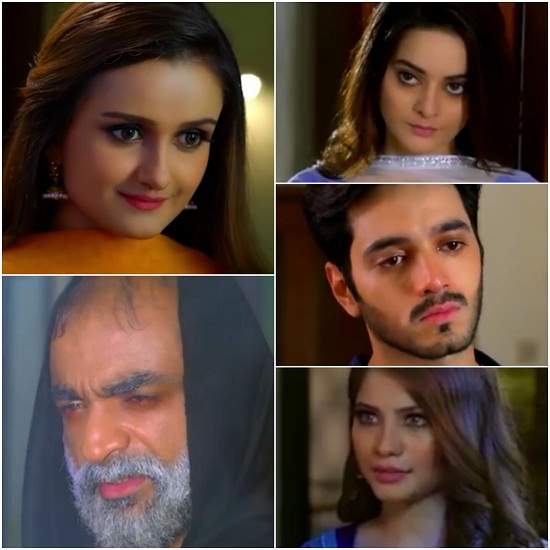 Jahan Ara’s falling towards the black magic is also an extremely annoying development. Tauseef married someone else under family pressure and on knowing that, she started doing black magic on others. She told Dil Nawaz that she would never harm him or his family because she loves him then why the hell are you harming other people girl?

Kiran is also a character who got lost in between everything going on with Dil Nawaz and Fawad. The only problem I have with the character is the behaviour they have shown of her with her mother. Why is she always whining about a boy she met some time ago and sidelining her mother who loved and protected her all her life is beyond me since after all her badtameeziyan with her mother, she is still shown as an innocent girl.

The one thing which bothered me is the return of Jahan Ara’s father. As Muslims, we believe no one comes back from death and there they are showing Jahan Ara’s Abba Jee wandering around the whole city and talking to whomever he wants. Another concept they showed in the drama which was strange that Dil Nawaz tells Fawad about her cousin marrying a human girl and they are living happily together. Like how can they make characters say those dialogues and not clarify them later?

Apart from the Atma concept and Jin living a happy married life with a human girl, these episodes were decent and the preview shows some action. Stay tuned guys!