The story moved forward with this episode of Ishqiya. Unlike the previous few episodes, tonight’s episode had a few developments which were long overdue! The writer intelligently used Hamza’s accident and his silence to change his mother’s thinking in particular. Now, we can finally move on to the next phase of the story. This drama would have been far more entertaining if it was fast-paced. The excessive use of background score doesn’t help either! Tonight’s episode overall was engaging and logical. The superb performances by all the actors involved have been the most appealing aspect of this drama so far. The story so far is quite predictable but I am hoping that it won’t get as dull as it seems like it is going to be. Hamza’s father will definitely prove to be an even more refreshing addition to the show once Romaissa gets married to Hamza.

Progress In The Story

Hamna and Azeem finally were shown talking to each other like a husband and wife should! Hamna also seemed to be more comfortable around Azeem. At the same time, she kept on praying for Hamza and also made sure she visited the hospital. Hamna is perpetually confused and just when she finally decided to move on, Hamza came to her house with the proposal. So, Hamna now is back to being the zinda lash she was before. Finally, someone in the house questioned her about what was going on in her mind.

Hamna’s mother was always shown noticing her whenever she looked unhappy and tonight finally she asked her why she was being like that. Hamna evaded the question but clearly her mother realizes that something is wrong. Hamna’s mother’s dialogues about the respect and love she will get from them even after she gets married were good but these parents too are just as confusing as the daughters! I find it really difficult to relate to the fact that such parents won’t allow their daughters to choose their spouse – which doesn’t essentially mean having an affair! 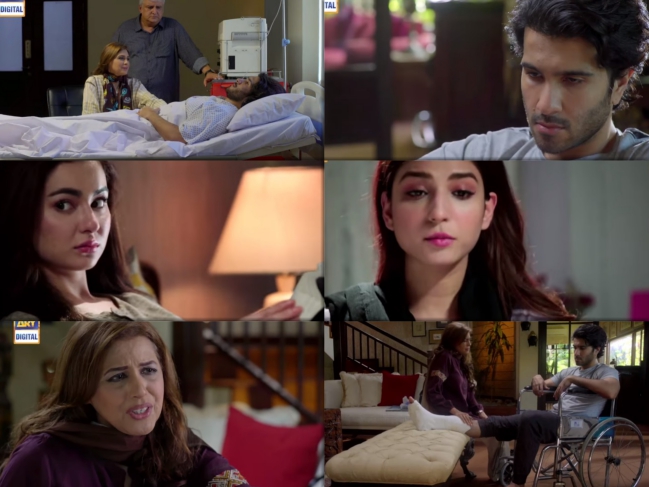 Romaissa continued to live in her own world. Later on, when Hamna was talking on the phone with Azeem, Romaissa’s antics made sense but when Hamna came to call her she looked like she had seen a ghost yet no one really noticed her expressions! Even after her mother told her to come to the kitchen, she sat there frozen!

After staying silent for so long and probably after a lot of contemplation, Hamza decided to take revenge from Hamna. The second he came up with the plan, he had an evil smile on his face. The way Hamza’s family went to Hamna’s house with the proposal also showed how easy it would have been for Hamza to marry Hamna if he had the time. He is clearly someone who knows how to have his way. He is sure that Hamna betrayed him and deserves to be punished. This would mean that he has a negative streak because otherwise, he wouldn’t be so happy executing his plan.

If Hamza had asked his mother to go with him to someone’s house with a proposal before the accident, she most certainly wouldn’t have obliged. Although, the accident played an important role in changing her mindset but even then Hamza’s recovery was given more screen time than necessary. Hamza’s scenes with his family in this episode were heart-warming. The actress playing Hamza’s sister’s role is also playing her part well. 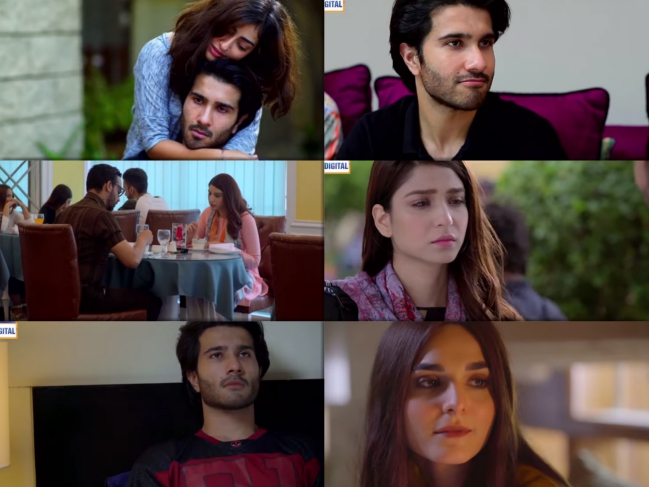 This was another episode of Ishqiya with some really good performances even though some of the actors didn’t have a lot of dialogues. The characters annoy you at times but the performances never fail to impress. So far, the actress playing Alishba’s role is the weakest link in the play. The preview of the next episode suggested that these marriages will not be taking place anytime soon. Hamna vows to do whatever it would take to make sure that Romaissa does not get married to Hamza. She will obviously succeed and Hamna will have another reason to feel guilty! Waiting to see how Alishba will react to this latest development ;)

Did you watch tonight’s episode? Please feel free to share your views.