Tonight’s episode of Ishqiya was entertaining but it also indicated that the story might turn more dark as the story progresses. Hamza’s character was always assertive but in this episode his darker side was more prominent than ever before. The ever-present background score whenever Hamza appeared also suggested that he was going to be another one of those villainous hero characters we have been watching on our screens a little too often. The leading man who runs the show but he is too controlling, selfish and negative to be likable and in the end, he somehow redeems himself. This, unfortunately, seems to be the latest trend in our dramas nowadays. Feroze Khan it seems is going to play Mir Hadi yet again although this time around he won’t be killing anyone! Hamza has turned into a stubborn and revengeful character. I couldn’t help but wonder how wonderful this drama could have been if these men were not so confusing and negative. There is nothing appealing about watching men undermine women but I am waiting to see how the story unfolds in the upcoming episodes. Although, Hamza’s anger is justified but his revenge plan has turned him into a negative character.

Both the families in Ishqiya have a good relationship yet there is so much lack of communication on one side and bitterness on the other. Hamna’s khamoshi is awfully annoying. She could have tried to convince her sister to reject this proposal yet she lied there listening to Romaissa say all those nice things about Hamza. Hamna decided to talk to her parents but they did not listen to her. Azeem completely ignored Hamna’s point of view and gave his own ‘verdict’. Azeem does not come across as a nice person, he is yet another controlling man in this drama. It was good to see Hamna reaching out to Hamza and his friend to convince Hamza to change his mind. Hamna never had much of a say in her house therefore it did not come as a surprise that no one listened to her. Also, Hamza made sure he left a lasting impression on this family. 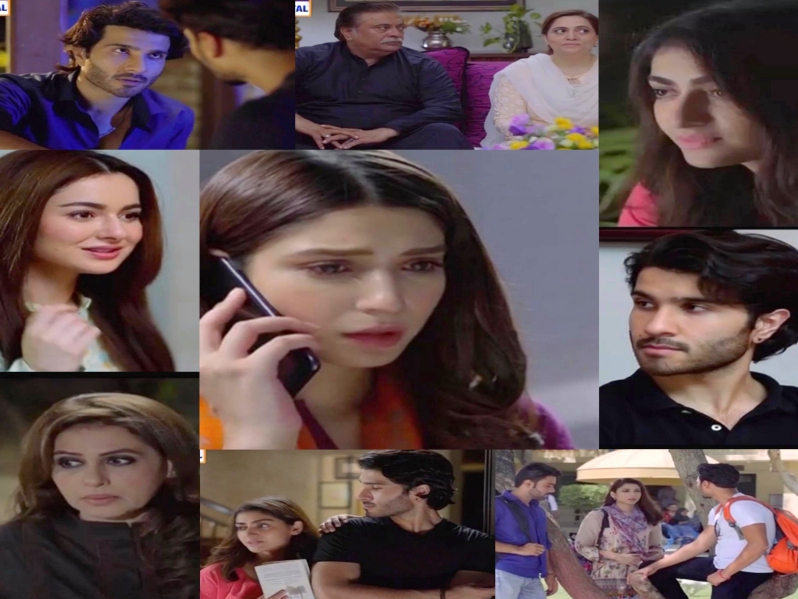 The way Hamza completely took over when Romaissa’s family came was rather awkward but he was clearly well prepared for this meeting. As the parents sat there as spectators, Hamza convinced Romaissa’s family that he was the perfect man for their daughter. Feroze Khan translated Hamza’s confidence perfectly well on screen. He also looked like someone who knew exactly what he wanted throughout. Hamza told his mother off when she tried to question him and he had a valid answer when his father asked him why he had lied about his college. Hamza’s father has always been really ‘cool’ therefore watching him play along was completely in line with his character. His mother too seemed convinced later on, perhaps because she knows that she has no choice.

It was good to see Romaissa actually sharing her excitement with her sister and brother-in-law. While she really likes Hamza, she was also shown wondering if he was a nice man or not. Such rational expectations coupled with a lot of excitement made these scenes realistic. Hania Aamir is well-suited for the role. For a change, the mother too voiced her observations when she told Romaissa that she knew how happy she was. It would have been nice if she shared her reservations about Hamna’s attitude in the same manner too early on. Romaissa’s scenes and dialogues tonight were realistic and entertaining. I especially liked it when she shared her opinion about Hamza’s family coming over to their place with the proposal without informing since that really was awkward. 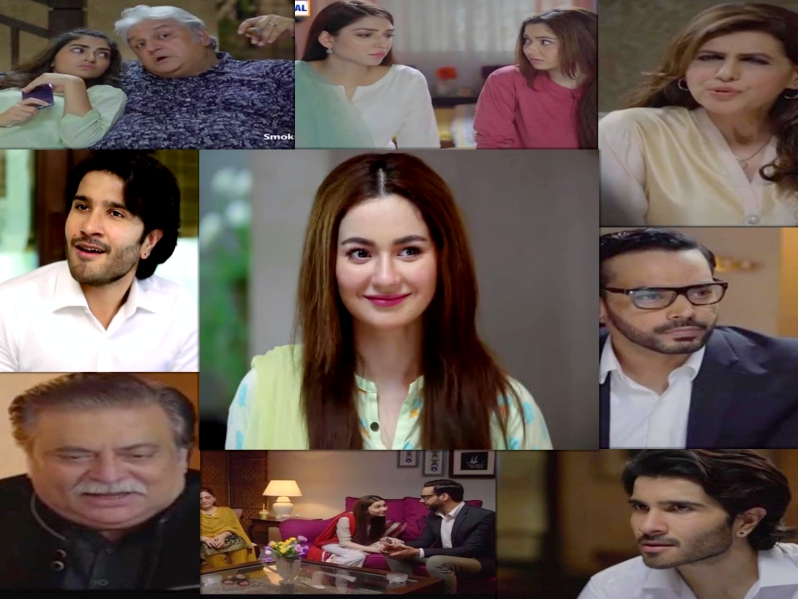 Alishba bechari has been taken out of the scenario like doodh se makhi! I am sure she will make a comeback and continue fighting for Hamza even after he gets married!

The story moved forward with this episode and gradually we are finding out more about the characters. Some of the scenarios don’t make sense but I am definitely more interested than ever to watch how life would be like for these sisters once they get married. I honestly feel for Ramsha Khan since she has to constantly look sad or scared! I loved Hania Aamir’s expressions and performance in tonight’s episode.