This latest episode of Jo Bichar Gaye was brilliantly put together; it was engaging and intriguing. Everything that was missing from the previous episode was a part of this one. There was fear, intrigue, and little hope! Things will only get serious from here on and since the whole feel of this drama is so real, sometimes it is really difficult sitting through an entire episode in one go. The reality of this tragedy sets in even more with every passing episode and the human element of this tragedy is definitely the most heart-wrenching one. The cinematography has been phenomenal throughout and the performances never disappoint.

Tonight’s episode of Jo Bichar Gaye opened with the kind of powerful scenes which I personally missed watching in the previous episode. The performances as well as the execution made these scenes impactful. Rumi and Sonia’s dangerous late-night adventure and the way Sonia’s mother reacted to it showed how much had changed and just how angry she still was. Her anger was quite clear in the previous episode as well but it definitely needed to be spelled out the way it was done in this scene. Nadia Jamil is an exceptional performer who gave this scene her best. I felt this mother’s pain and anger instantly. Rumi’s apology and Sonia’s shock made this scene even more wholesome. Sonia was never in favor of the movement for the creation of Bangladesh before too and in all this time nothing has changed. Which makes me wonder why she helped Rumi and whose side is he on? She is the face of those locals who identified as Pakistanis even though there was so much pressure on them. I am wondering what was it in Sonia’s house that her acquaintance came to get and how that is going to impact this track. Maya Ali’s performance has also been outstanding throughout; she makes sure that every single scene leaves an impact. Even though Sonia is a strong woman, she is also fearful of what is ahead. 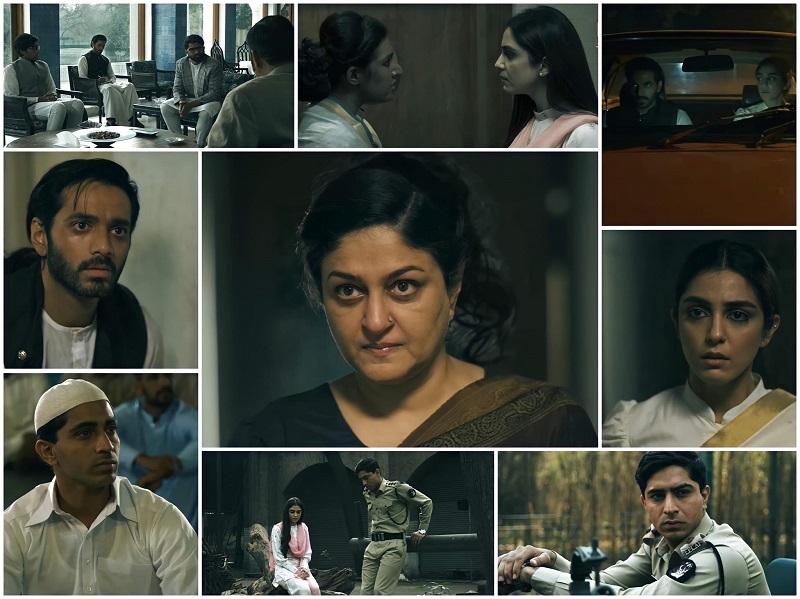 Sonia and captain Farrukh’s scene tonight was one of the most important ones since through this scene the writer highlighted the propaganda and bloodshed that was used to turn the Bengalis against the Pakistani army. His dialogues were penned down beautifully because he managed to get such an important message across without giving a long explanation. The love story which came to a standstill due to the circumstances moved forward once again and this time around as well by Farrukh. Talha Chahour’s performed brilliantly in this scene especially the helpless and sensitive side of this character has been translated on-screen so well by him. Even though the circumstances these two are in are anything but ideal, there is always a definite spark whenever they are together. I am glad the makers of the drama have added clips from actual news from the time and that too which is not local, in order to authenticate the stance of the writer. It does put things into perspective and must clarify things for those who are not too sure if Jo Bichar Gaye’s writer’s stance is right or not. The Indian interference in the conflict started early on yet there are many who deny that India played such an active role in the conflict and that they put forward the narrative that India only came to ‘help’ when the locals asked for it. This is an important part of the narrative and it is being told in the most convincing manner possible.

Even tonight, it was difficult to tell what Rumi’s actual ‘mission’ or intention was. Whose side is he on? Is he one of those people too who are convinced that the Pakistani army killed all those innocent civilians? It surely seems like the case. The writer has done exceptionally well when it comes to communicating how much distrust there was among people therefore it was much easier to create misunderstandings between them.

Tonight’s episode was emotional, upsetting, and powerful. The intriguing element of the drama keeps you wondering how these tracks will unfold. The preview of the next episode suggested that something major will happen next week.

Did you watch tonight’s episode of Jo Bichar Gaye? Do share your thoughts about it.