This Saturday marked the one year anniversary of film-maker Karan Johar’s film “Ae Dil Hai Mushkil” so Karan took to his twitter and opened up about the film. 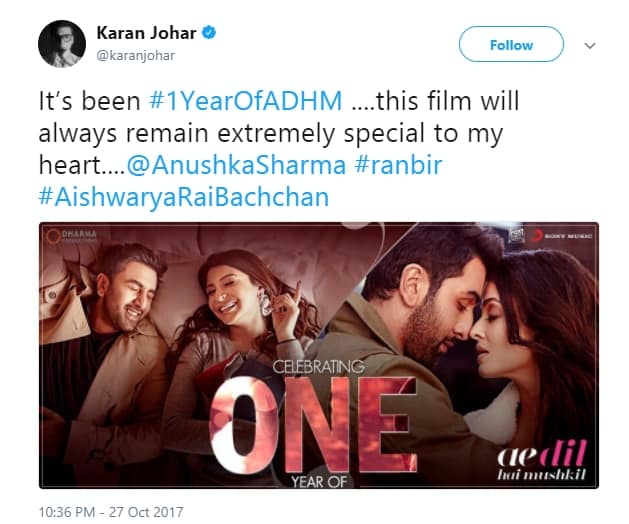 He said that the movie is very close to his heart and thanked everyone who was a part of this project except of course Fawad Khan. 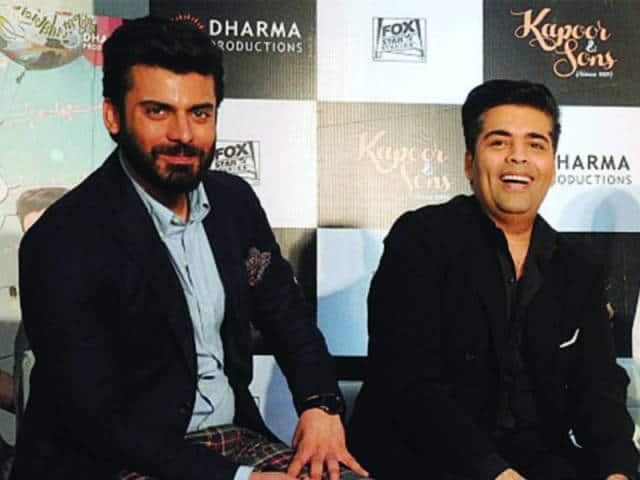 Indian political party Maharashtra Navnirman Sena gave this film a hard time and banned the release based on the fact that it stars a “Pakistani” actor to mark their protest of the Uri attack on 18th of September 2016.

As a result the decision by Cinema Owners Exhibitors Association of India prevented the release of films with Pakistani actors in four states – Maharashtra, Gujarat, Karnataka, and Goa.

Karan issued a video back then addressing this agenda and had the following to say:

“For me, my country comes first… When I shot Ae Dil Hai Mushkil from September to December last year, the (political) climate was completely different. There were efforts made by our government for peaceful relationships with the neighbouring country. Going forward, I would like to say that of course I wouldn’t engage with talent from the neighbouring country given the circumstance.”

Have something to add to the story? The comments section is all yours.