It is a story based on an extraordinary life of an ordinary girl Kashf. Her life is shaped up because of the dreams that she dreams which cloud her nights and continue to bring miseries to her during the day. Kashf doesn’t quite understand why is it that everything that she dreams ends up turning into a reality.

Slowly the word has started to spread & it is adding more to her predicament because she does not deem herself qualified enough to be in such a position, however the Qari Sahab assures her that she is rightfully blessed. Kashf has now understood that her life going to be far from the normal, this is why she has let her fiancé Wajdan know that she doesn’t have happiness to offer.

Kashf is a unique story with a new concept. It deals with the subject which has not been explored before. Danish Nawaz’s skillful direction gives Kashf the treatment it required to make an impact and Hira Mani gets to give one of the strongest performances of her career so far. This drama is definitely worth the audience time. 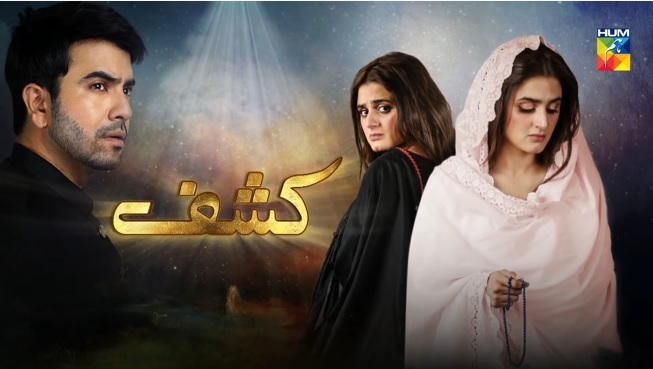