Ohkay so, just like all the previous episodes, this one too covered all the things that Kashf is facing & the things she is made to endure. It is interesting to note how each episode covers all the aspects related to Kashf’s personal as well as ‘professional’ life. Tonight for the first time, I felt Kashf wanted to live like a regular girl because that’s who she actually is at heart. She got engaged to the cousin she loved at such a young age, therefore her overall mentality was shaped in a way where she saw herself living a happily-ever-after sort of married life but now, all of a sudden things have changed & she has no control over anything. I really appreciate how the writer has humanized her character & has shown that although she puts up a brave face, she too is hurt & feels overwhelmed by the responsibilities that have been put on her shoulders.

The Burden of Responsibilities

Imtiyaz went a step further to reiterate that Kashf was no longer a regular girl, she has a name & an image therefore she has to live by it. Kashf has pretty much accepted this fate but it was natural for her to feel sad that she did not even have the right to make basic decisions like wearing a bright colored dress that she wanted to. This entire change was overwhelming for Kashf & her reaction did make me feel for her a lot. I must add, the intricate details such as Kashf mentioning it in front of Wajdan that colors do not look good on her & him complimenting her, making her feel special add a lot more charm to the story. It was almost as if Kashf felt special & she realized that where Imtiyaz tried to make her feel conscious, there was Wajdan who was showing her a completely different side of the picture.

In this entire episode, it was evident that Kashf was feeling burdened. Her conversation with her mother was emotional but the way Kashf ended it with her sheer silence was so heart-breaking. It was right at that moment when she realized that her mother too was on the same page as her father & wanted Kashf to continue with this work because it was bringing in the money their family needs. Kashf has become the sacrificial lamb for her entire family & I really like that she actually isn’t oblivious of it. The way she smirks & shows these expressions are enough to know that she is seeing-through her family members but only because of her niceness, she doesn’t say much. 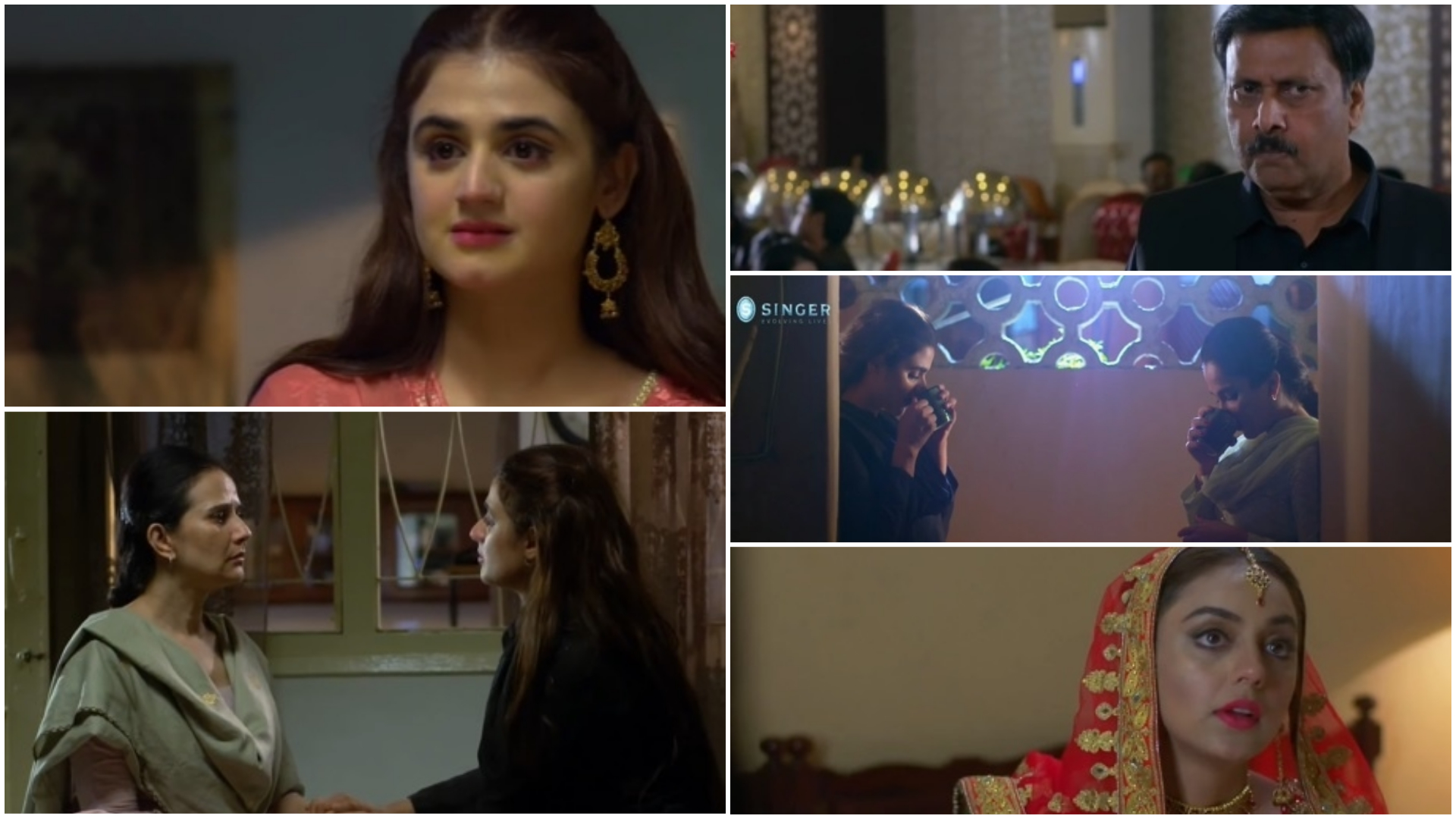 Things have started to change in their household – there were subtle mentions & reminders which actually shed a light on it in an interesting manner. There was a time when they could barely eat anything nice but now the mention of Biryani & Haleem went to show that the business was doing well & not only that, it was expanding. Slowly & steadily everyone has started speaking about their financial needs – Dilshad & even Ashi were being humble about it but it was brilliantly highlighted that they too have started to get a little comfortable to use the money that Kashf is earning. The way the writer has shown the slow progress of exploitation is commendable. At first, everyone felt really bad for Kashf except Imtiyaz because at least he was honest about it right from the beginning, but now slowly & steadily the rest of the family members have also started relying on Kashf. It won’t be too long before they will become aloof to Kashf & her emotions. I couldn’t help but relate the current events with the two dreams that Kashf has seen before – one where Imtiyaz throws a black shawl on her & the second one where she is showering money on her family members & in the end, she is left all alone.

I must say, Sabeena Farooq, is a find of the industry. Her acting as annoying Zoya is spot on. She actually makes you resent Zoya’s character for being so shameless in her approach towards Wajdan. It seems Zoya is not alone, Ashi as well as Irum are very much in love & are eager to settle down. There’s absolutely nothing wrong with that but yes, I know that Kashf will have to pay the price, she will have to do the heavy-lifting & will have to compromise her love so that all of them will find their bliss. 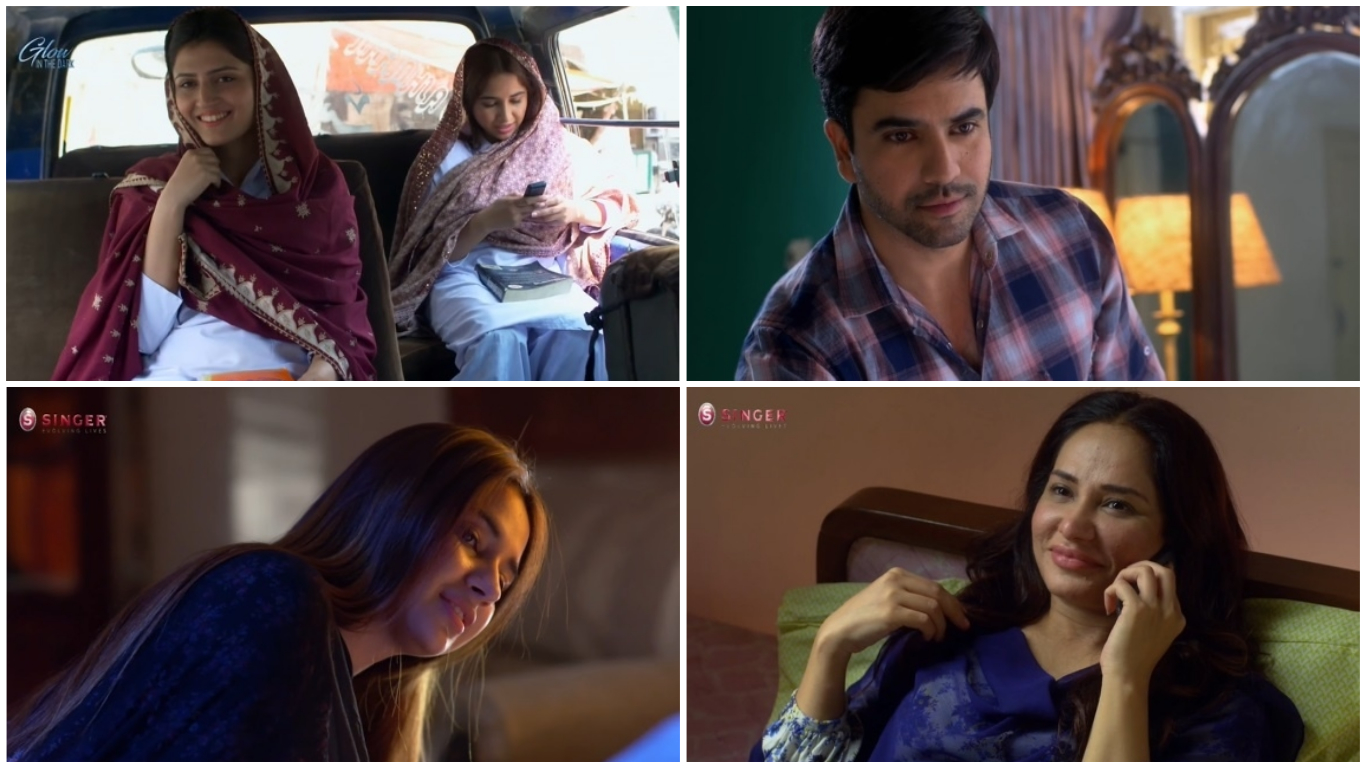 I am really glad that the writer did not make Kashf’s character good to an extent of being gullible where she can not understand how her family is exploiting her. Her mannerisms, her body language, the dejection in the way she walks & then her eyes are enough to show that she understands everything but has made up her mind that this is what her life is & there’s no escape. It’s a done deal that after all of them will get married, Kashf actually will be left alone & then she will continue to fend for her parents.

Overall, this episode of Kashf was really interesting & I was kind of relieved to see some new faces in this episode. Change at any stage of the story is always necessary & I am glad they have now started to add more tracks to it. Waseem Abbas was phenomenal in this episode & to be honest, I kind of felt relieved when he settled a score with Matiullah, although he did it for himself, I feel Matiullah deserves to be punished for what he has done to Ashi.

Sabeena Farooq was really impressive & I also liked Tanya Hussain in this episode. Hajra Khan has done exceptionally well as Ashi & I enjoyed her interactions with Kashf. I also really like Shumaila’s character, she has a lot of admiration for Kashf because of her relationship with Wajdan & the way she shows it is actually very sweet – Maryam Noor has also acted well in Kashf. Hira Mani as usual was the star of this episode, she has done justice to all the emotions of Kashf & has actually forced the viewers to feel for her. I must say, she looked really pretty in the initial scenes where Kashf was getting ready for Shumaila’s mehndi. Already looking forward to the next episode. Please share your thoughts about this episode of Kashf.