Ohkay so, this episode covered some more affairs of Kashf’s family. They have been a constant part of the story & indeed, their tracks have been tackled nicely because they do keep the viewers engaged as they have a direct effect on Kashf’s life as well. However, the way things are turning out to be between Kashf & Wajdan is disappointing so say the least. While watching this episode, I was wondering how nice it would’ve been if they had shown him as a supportive husband who actually brought his wife out of the misery instead of inflicting some more of it on her!

This entire episode was dedicated to Wajdan’s undue tantrums. I really have a hard time understanding why Wajdan was behaving irrationally with Kashf. The way Wajdan dealt with her made it look like almost as if he got married to a complete stranger & had absolutely no idea what her life or family dynamics have been like. For him to know how Kashf’s hands were tied & still react in such a way makes him look like a bad bad husband.

Wajdan was a very promising & probably one of the best characters of the drama, therefore to see him turning into a typical husband who failed to appreciate Kashf’s presence in his life was hard to accept. All of this makes Wajdan seem irrational & unreasonable because we have seen how keen he was to get married to her & how he fought so hard, but now it seems it won’t take him long before he’ll start regretting his decision of marrying her. I wonder if he had to become such a typical & unforgiving husband, why did he waste so much of his energy to chase after Kashf, he could’ve easily married a girl like Zoya who was smitten by him & would’ve done everything that he’d have expected from her. 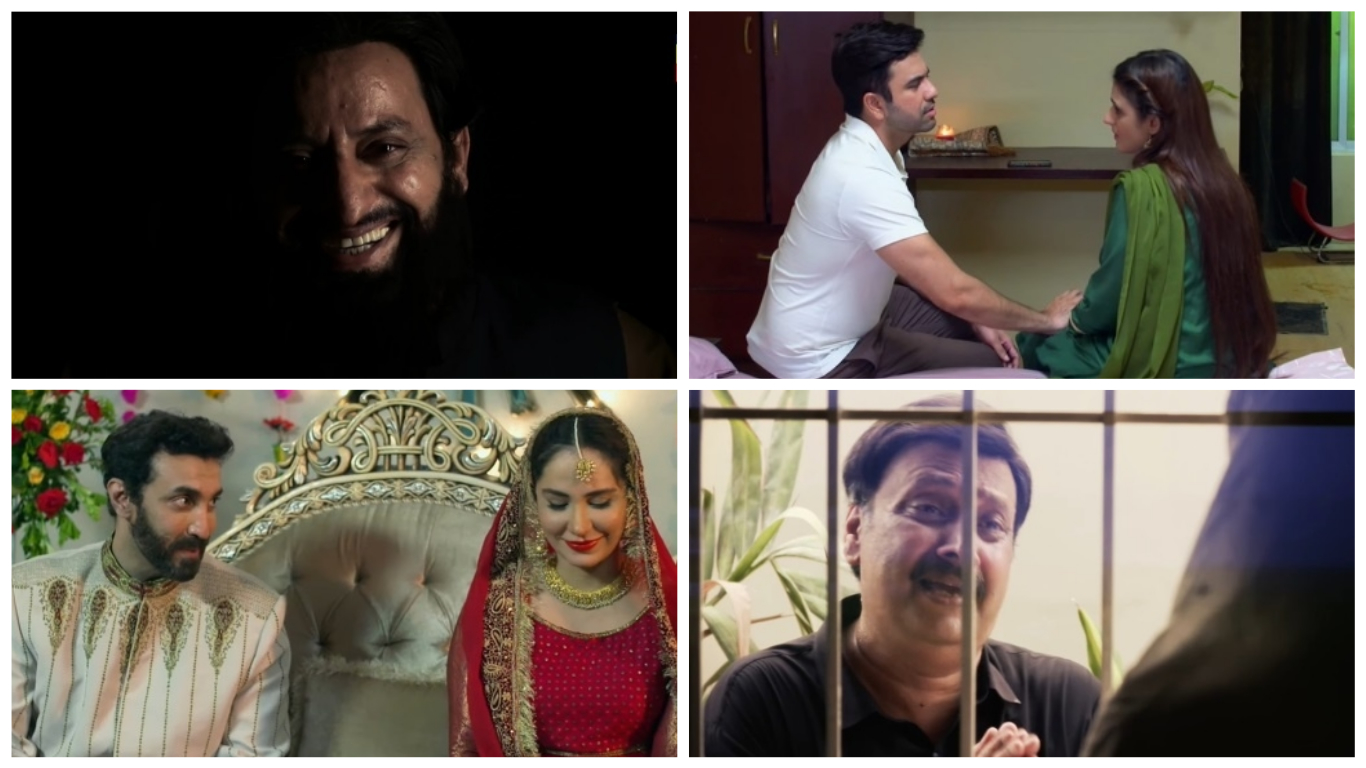 Kashf struggled to prove herself to Wajdan repeatedly, it was painful to see her trying to explain herself regarding all the things that Wajdan wasn’t oblivious to. The things both Rashida & Wajdan said to Kashf once again made it look like they had absolutely no idea how things rolled in Kashf’s family & that they were new to all of what her family was putting them through. Also, I found it absolutely ridiculous that Wajdan wanted Kashf to stay in Murree for some more time, it was almost as if he was hiding with her there. I assume Wajdan wasn’t so thick-headed to not know that ‘honeymoon’ does come to an end & he had just gone there to visit. It wasn’t as if he moved there with a job & new home for Kashf because if then Kashf had demanded going back, his tantrums & irritation would’ve made much more sense.

Wajdan actually thought he had all the reasons to be mad at Kashf now that she was his wife? Instead, this was the time for him to show her more support because even he knew that her family was using pressure tactics to make her join Asthana again. The complete flip & shift in Wajdan’s behavior towards his wife is distasteful & it seems there’s going to be more of that in the upcoming episodes. The dream that Kashf had about Wajdan where she saw him almost not in his senses now probably seems will get materialized, although it could be symbolic, but the way he is behaving, literally draining himself trying to control things that are beyond his control does make it look like he won’t be able to put up with all of this for too long! 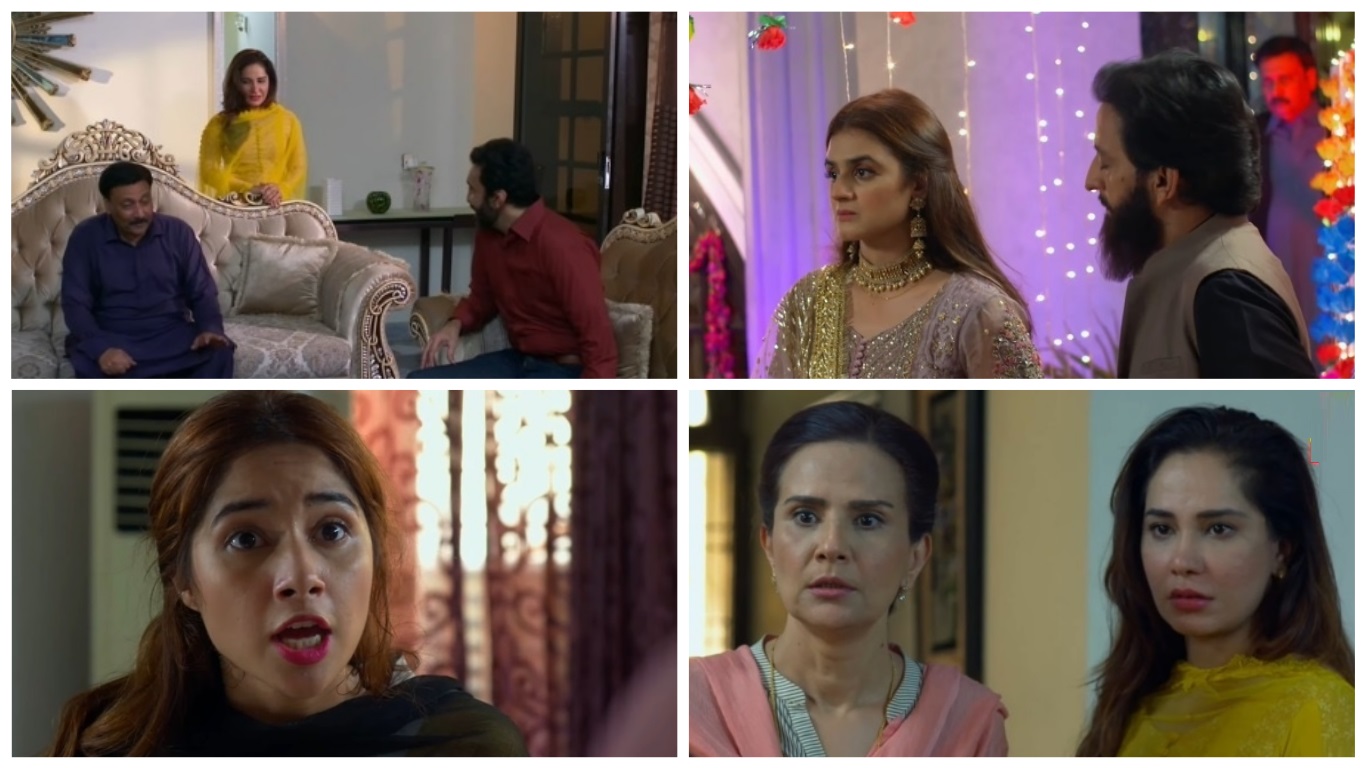 Imtiyaz exactly knows what Matiullah is trying to do. He truly is a selfish father because only to get Kashf back to work, he didn’t mind sacrificing Zoya & ruining her entire life, that too knowing the kind of person Matiullah is. The moment Imtiyaz heard the conversation between Matiullah & Kashf, he decided to take it a step further only to make her feel this was all happening because of her. Kashf already is feeling burdened but Imtiyaz continues to push her. Even after seeing all of this, for Wajdan to still hold Kashf responsible for being too worried or concerned about her sister’s well being is irrational. However, I am glad that Zoya’s plotting came back to bite her, she absolutely didn’t expect that Imtiyaz will agree to this marriage but surprise surprise, he ended up proving it to her that he was her father & one should expect the unexpected from Imtiyaz!

Ashi & Aqmal got married & sadly it’s going to be yet another bad experience for her, but I am hoping that after seeing her niceness & love, he might change. For Matiullah to remind him to not turn his back after the wedding did hint that he too saw a possibility of it happening. However, even if Aqmal will cut ties with Matiullah, the fact will still remain that he decided to get married only to enjoy mooching off of Ashi because he would like to lead a comfortable life. For Imtiyaz to not find out about Aqmal & Matiullah equation seems convincing, because so far Imtiyaz has been quite far-sighted & has probably outbid Matiullah quite a few times, therefore it makes much sense that he really didn’t find out about this one because that would make everything quite one-sided & unrealistic. This is exactly why it will hurt them the most because they all wouldn’t have expected Aqmal to be a stooge of Matiullah as well.

This episode definitely was interesting & once again it felt that after a couple of poorly executed episodes, this one was directed by Danish Nawaz himself. The scenes were concise & to the point. However, it does look like in most of the scenes, Samina Ahmed has been edited in to make her look like a part of the family, but then it kind of takes away from the flow of the episode. Saleem Mairaj, Sabeena Farooq, Waseem Abbas, Hira Mani, Junaid Khan & Hajra Khan have performed phenomenally. They all have breathed life into these characters but I am actually quite upset that one of my favorite characters took such a bad turn & now seems like a completely new person. Hoping to see Wajdan behaving rationally. Please share your thoughts about this episode of Kashf.