Ohkay so, not that most of the previous episodes have been different but this one for sure was one boring episode of Khuda Aur Mohabbat 3. I fail to connect with any of these characters so to see them moving on in their lives, getting the coverage about what they were intending to do absolutely made no sense whatsoever. The first scene of this episode was also so cryptic & philosophical, that too about the subject which has not been explored in this drama the way it should have, therefore it hindered me from getting hooked to the rest of the episode.

The only decent happening & outcome turned out to be in Mahi’s track. She is proving that she is more than just Taimoor’s bewa. Although she takes her marital status quite seriously, she is not letting it make her tunnel-visioned where she has to just mourn & be secluded in her room. Mahi is picking up the pieces & coming to terms with her new life, which includes taking care of people around her, which I felt was a very nice development & promising at that. I do not wish to see her ending up with Sikandar but even if that happens, I wouldn’t mind because of Sikandar > Farhad in every literal sense.

I think before deciding to be a part of this story, Farhad (& I actually mean Farhad, not Feroze Khan) should’ve weighed down the pros & cons & had at least seen how other male characters in his comparison were. It is amusing that the writer wrote this story about Farhad but failed to give him at least 2 or 3 such traits that would’ve made him a decent character, or a person reasonably enough to match Mahi’s caliber. It is funny that although none of the other characters competed with Farhad, they still beat him in the race. Taimoor was a class apart but sadly he is no more, but even though Sikandar has been married before & has two kids, he is also involved with Romana, but even he stands a chance with Mahi & Farhad nowhere comes near.

While watching this episode, I was forced to think how special Hammad’s character in the previous seasons was. His journey also made so much sense because his spirituality was explored in such a manner. Everything about him, his love & his journey of self-discovery was organic & made it super easy to understand him. However, in KAM3, right from the beginning, viewers have been struggling to find that ‘one’ quality to at least see Farhad as a rational person, who is doing the right thing. The director surely has wasted quite a lot of episodes, whereas he could’ve used these to cover Farhad’s transition into this Fakir that he calls himself. At this stage it feels, the director wants us to believe that a few illegal, ticketless journeys on the train made Farhad find the purpose of his life & turn him into this gehra dukhyara, who a girl like Romana has not seen before. I mean what is it in his journey that is convincing or believable for us to see this transition & find it realistic? Right now Superhero Dervish is giving sermons but indirectly, this is his way of teaching Farhad because like I said in the previous review, he miraculously knows what Farhad wants to hear & what his self-inflicted struggles have been! 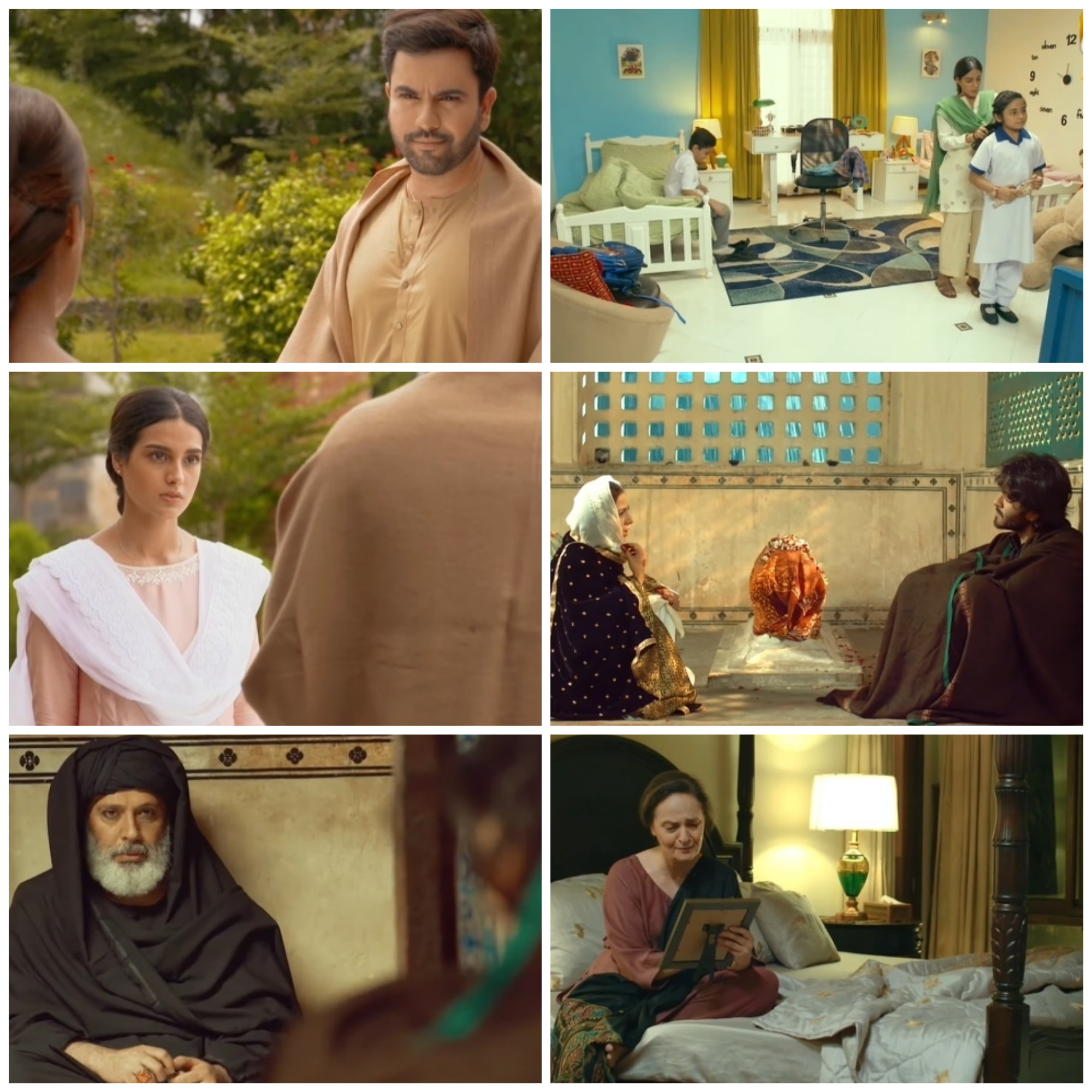 I wish Farhad’s mother also had 0.0000001% of the supernatural powers possessed by Dervish so that she knew that Farhad hadn’t died but oh well, luckily we have some real & regular human beings who behave normally & do not have those laser beam eyes, phew! The conversations seemed pretty meaningless in this entire episode, such as the one between Farhad’s father & brother, Sikandar’s conversation on the phone & pretty much everything else. The doctor was also cute, she said Taimoor’s mother was stressed out & she was bottling it up, but oh girl, ask me, all that she did was stress others out just to show how stressed she herself was. I am at this stage where I fail to take anything about Khuda Aur Mohabbat 3 seriously, so I thoroughly enjoyed finding these little moments which made me laugh!

This episode had one problematic dialogue that came from Romana. According to her, Farhad is the only one ‘jo sab theek kar sakta hai’. Even before she blurted this out, seeing her eagerness to go to a Mazaar & meet the Fakir was making me think how shallow her approach on faith & Imaan was. Well, I don’t blame her because this is what the writer chose for her so she just played along, lol. Seriously, the kind of ideas the writer has indoctrinated in the name of spirituality in Khuda Aur Mohabbat 3 are not only questionable but highly problematic, but yes, I will definitely give due credit to Hashim Nadeem for giving us a character like Dervish because he is super funny & I enjoy watching him being this philosophical about something this nonsensical that Farhad has done. HAQQQQ!!!

I find it funny that the moment someone tries to talk to Farhad, he starts to run away. I think he should’ve straight away gone to his house & locked himself up because no one would’ve bothered him there but oh, just when I thought of this, I was reminded of his father. Obviously, after 2 – 3 weeks of pappiyan & jhappiyan he will start nagging Farhad to move his muscles, go out & earn some money to make a decent living & our nawab Farhad doesn’t want that. Therefore for him, Mazaar & free ki biryani would do!

The preview of the next episode promised a bit more of a supernatural action with Farhad touching the black bead & Mahi moving to its tune. I really wish the director had at least used some of the special effects to make it completely fantasy, it would’ve made this drama a lot more believable because right now, it is anything but that. Some of the scenes were choppy & others seemed out of the blue. This episode just didn’t work for me & oh well, next week I am dreading a bucket full of tears coming from a lady clad in laal kaffan, oh so dramaticccc!!! Please share your thoughts about this episode of Khuda Aur Mohabbat 3.