I don’t want to feel like a broken record but I have to say that I absolutely love the way this drama is breaking some major stereotypes. Watching a divorced woman who was once stuck in an abusive relationship living a normal married life with a man who values her is absolutely refreshing. This marriage was also not an outcome of societal pressure or because Sanam couldn’t look out for herself. Sanam and Zahir’s marriage was a product of love which is another part of this track which is truly wonderful. Pakistani viewers need to see positive role-models in dramas which break stereotypes and this drama definitely has many such characters. While we are getting to see the extreme biased against children who are not gender-specific, we are also watching someone like Bubble Mian helping out, making himself useful and being accepted. Nowadays we read news every other day in which people like Bubble Mian are put through the worst of ordeals only because they are considered lesser humans therefore this topic is also quite relevant. Mahi’s dialogues are always on point because they show her way of thinking and the bigger goal she is trying to achieve quite clearly.

Arshi’s character is negative but even then she has not been shown as someone who has ever lied or manipulated a situation in her favor by “staging” an event or situation. Her dialogues and actions tonight once again proved that she is so ignorant that she thinks that there is nothing wrong with the way she views relationships. By the end of this episode however it seemed like she might go along with her friend’s plan. It has been six years since Zain and Mahi were separated and I must say that it is difficult to relate to this particular situation since they meet in the office on daily basis yet there has been absolutely no development in their relationship nor have they decided to leave each other. 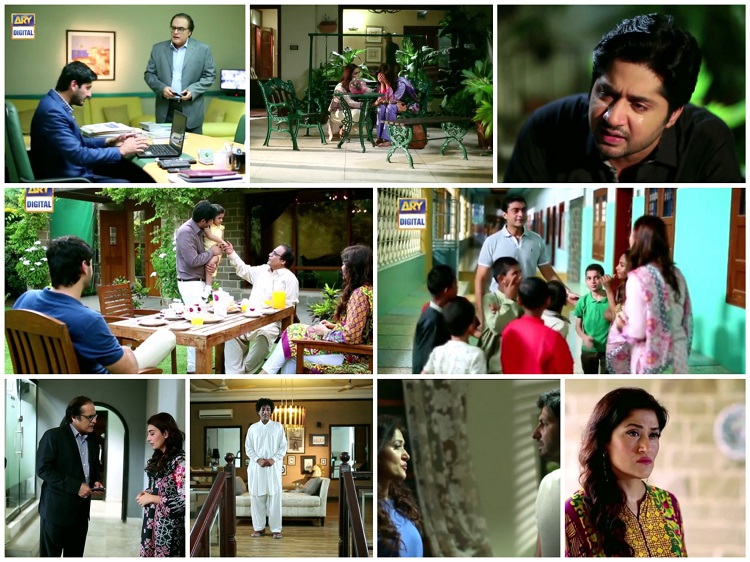 Aly Khan’s character is another positive addition to this drama. This character is not like any other role Aly Khan has played till date but he fits perfectly in it. Mikael’s initial reaction, his thoughts about what Mahi told him and later on his final decision was covered well in this episode. I am looking forward to how he influences Noor’s personality and what role does his character play in the future since it would be natural for Mahi to get close to someone who is so accepting of her child and goes out of his way to help her out. Both the meetings between Mikael and Mahi were very emotional. The only aspect which I didn’t quite understand was that why was Mahi looking for Mikael’s address so desperately because in the end she found him in the same place where she had met him before.

It is absolutely refreshing watching an independent woman like Mahi in this drama and it is equally nice watching men like Zahir, his father and Mikael who break stereotypes in more ways than one. The marriages in this drama are also quite different from the typical marriages with all the clichés attached to them which we see in our dramas all the time. This drama also has some solid performances to its credit. Watching Aisha Khan play a role which has tons of potential is definitely a treat. Mariam Saleem is also a good addition to this play and the drama industry.

Watching Hira Tareen playing the role of Kashmala felt like Deja Vu! When Arshi was talking about Kashmala, it reminded me of Sunbal’s character in Tum Kon Piya because in TKP too I kept on wondering why a beautiful, intelligent, modern girl from an affluent family had to be so desperate! Hira Tareen will be playing a similar role yet again and I am already thinking why someone like her would be so interested in a married man with a kid who loves his wife! So far all the tracks in KMBH have been handled well therefore I hope that this one too will be free of clichés.