Bol Night With Ahsan Khan is one of the most-watched shows of Bol TV. Ahsan is an amazing host who entertains his guests and audience at a time. Ahsan Khan is a multi-talented actor. His role in Udari earned him a lot of love, respect, and appreciation from the audience. He even won several awards for his negative role in Udari. Recently, Ahsan is winning the hearts of millions of people with his tremendous acting in his ongoing drama, Alif.

Recently, Ahsan called the young and beautiful Kinza Hashmi to his special guest. She looked stunningly beautiful in a light color saree with a silver heavy necklace. Saree suits her a lot!

Kinza is a new style icon for many young girls. Her natural glow and beautiful smile won the hearts of several people. She knows how to manage her poses for the camera.

Check out the latest pictures of gorgeous Kinza Hashmi posing on the set of Bol Night with Ahsan Khan. 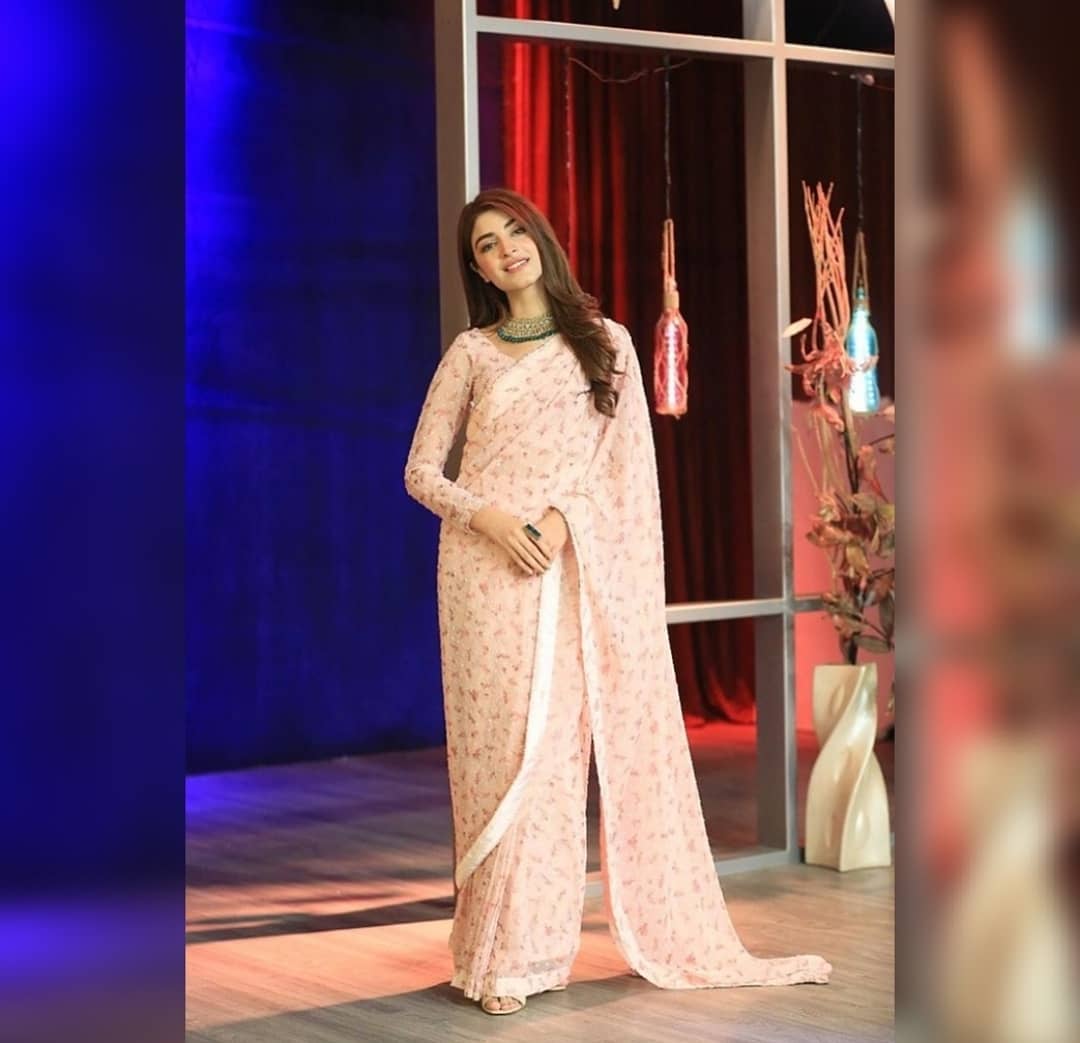 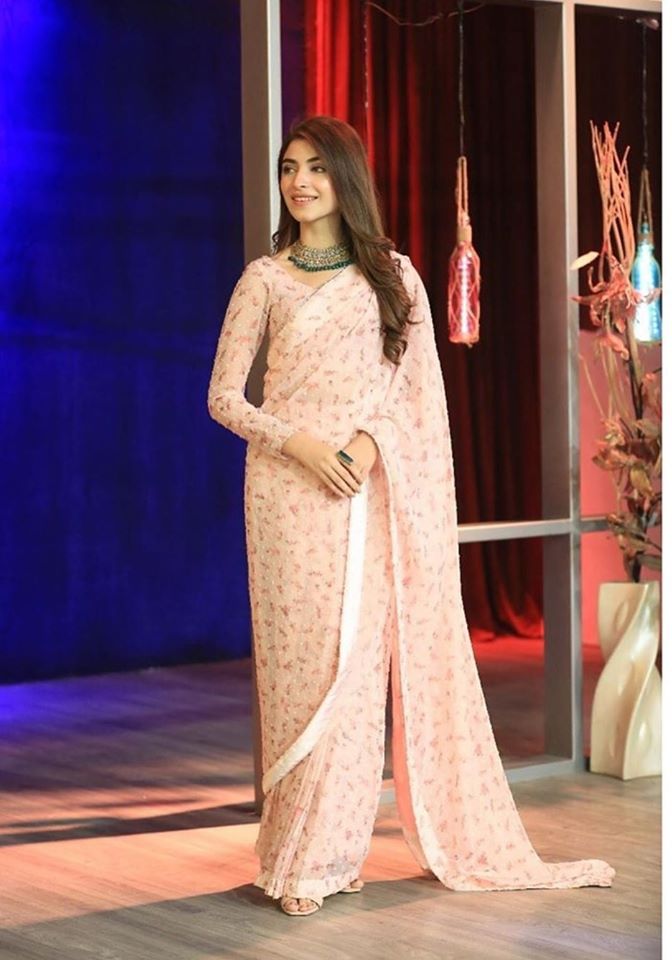 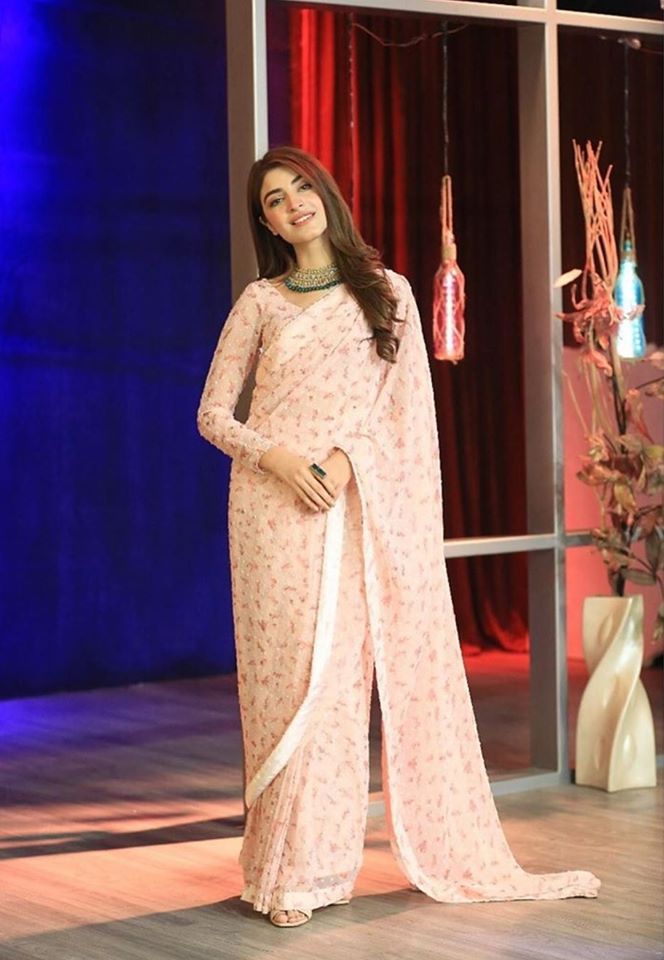 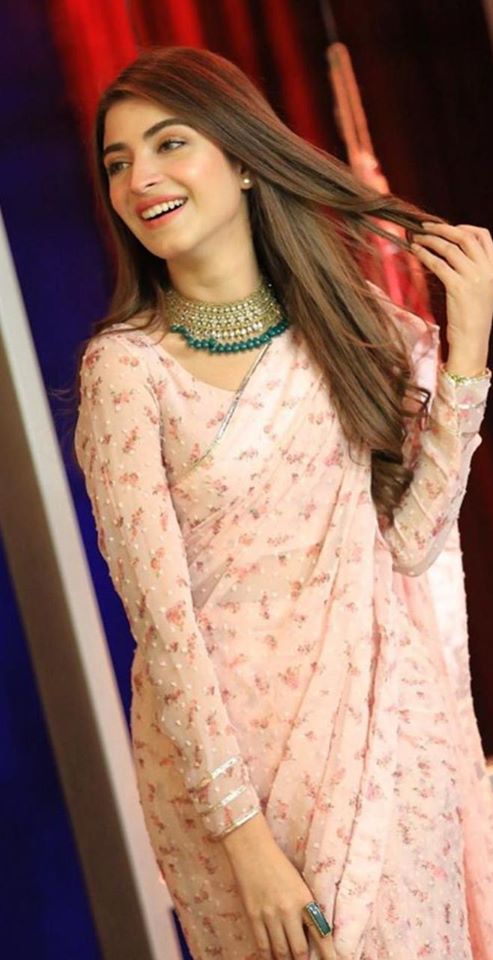 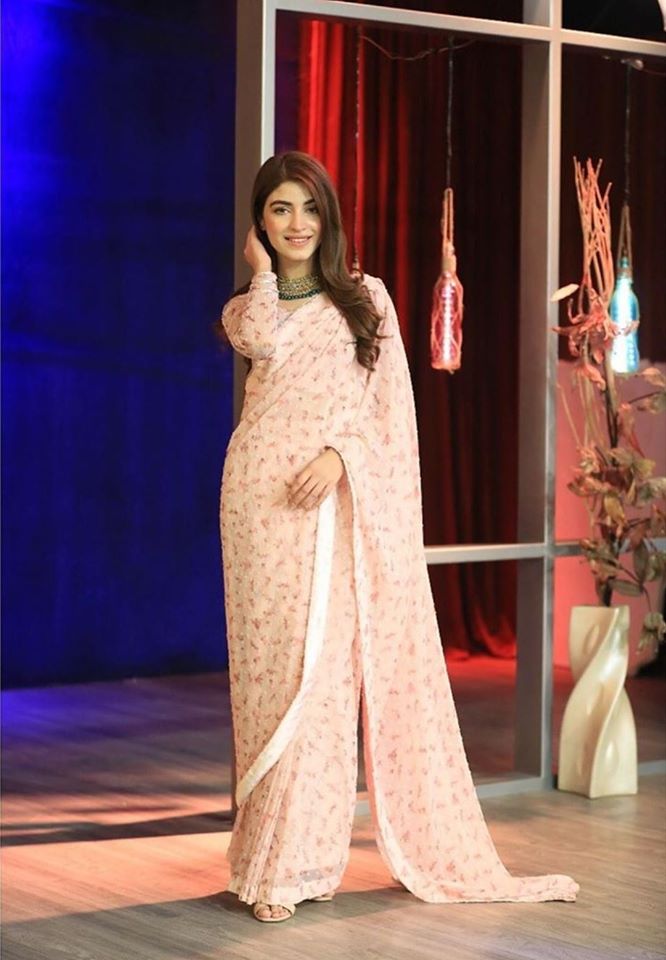 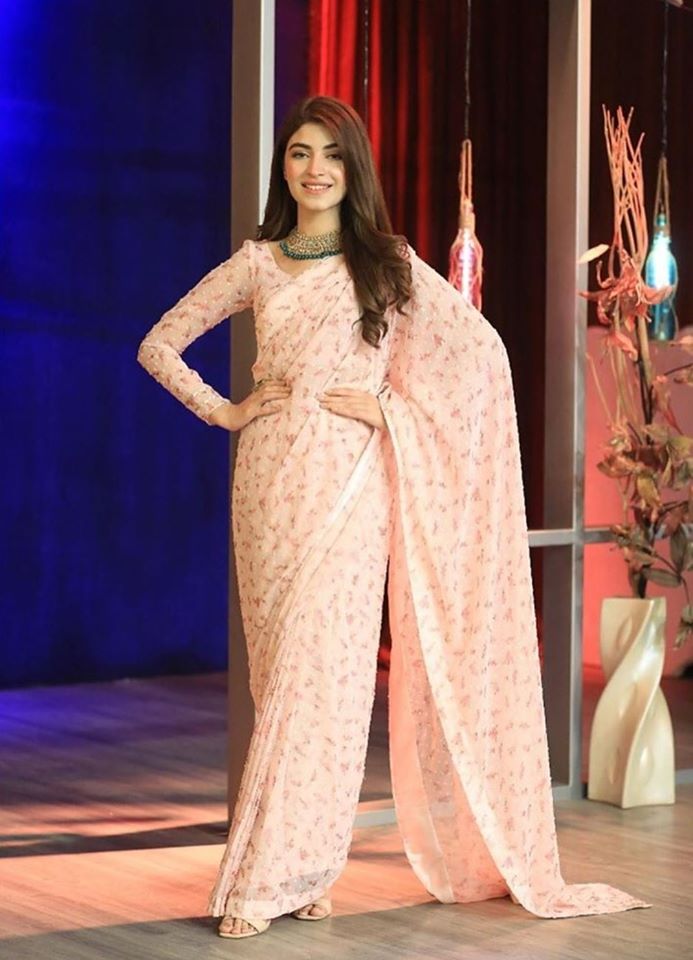 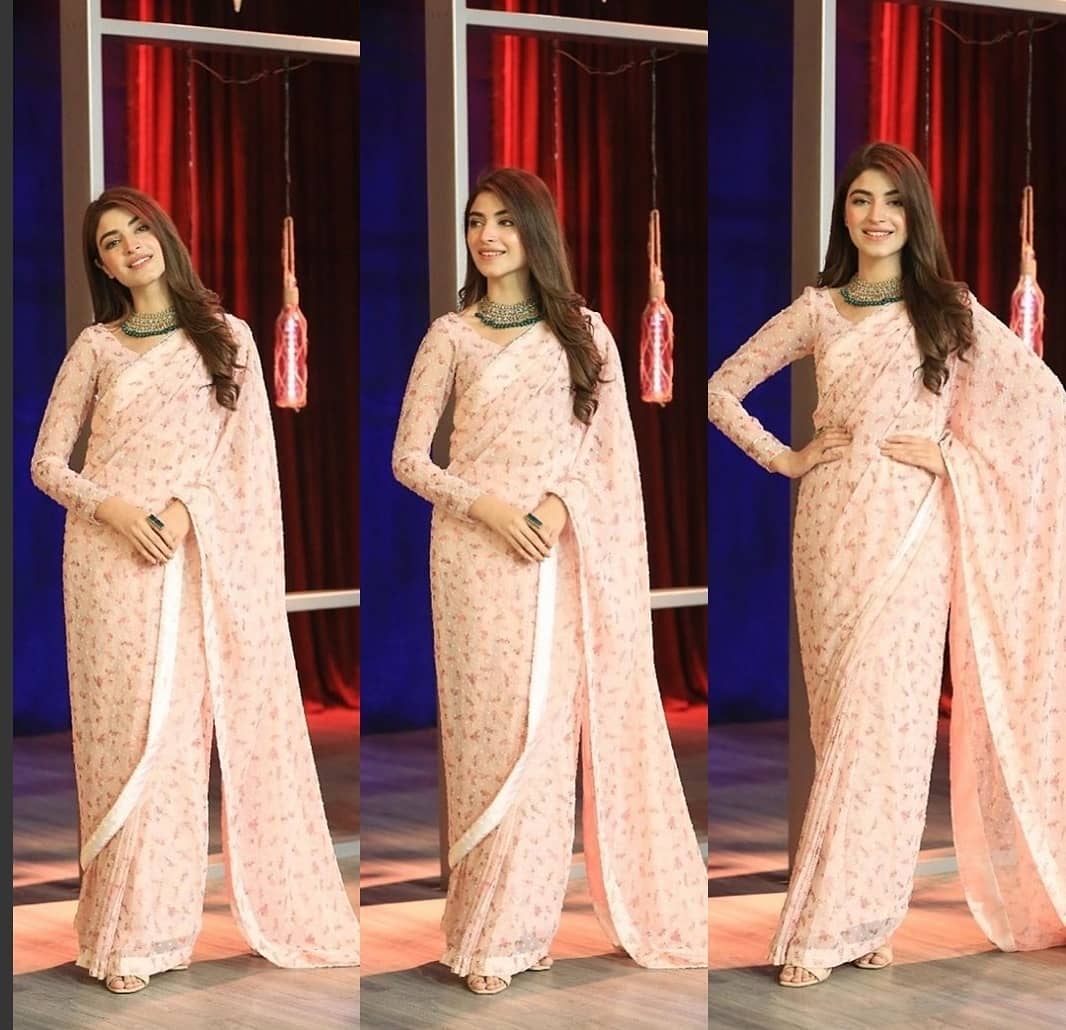