Life is unpredictable; and if you have second thoughts about the statement I just passed, you really need to go through the following report carefully. Since the day of its creation, Pakistani entertainment industry is all busy in keeping its viewers entertained. Out of many legendary contributors who are responsible for keeping the very first few bricks of the said industry, Shamim Qazi is one of those actresses who has had been serving the Television industry for more than thirty years. 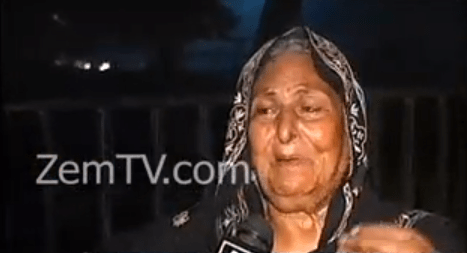 Shamim  Qazi was also seen in dramas and earned appreciation for her acting skills. However, time changed, introducing new actors and without any noticeable change, old faces got replaced with the new ones. It is now that Shamim Qazi was lately seen on screen, appealing the Pakistani government to provide her a shelter to live.

The actress explained that she was earning for herself till she should but now that her health and age doesn’t allows her to work anymore, she is forced to live under open sky. Shamim was previously living in Quetta and has recently shifted to Lahore with a hope to seek help from the Pakistani government. It is yet difficult to state more on the topic because it is a dilemma of this country that our celebrities who are suffering in a way or so are just given coverage of 3 minutes by media but the celebrities who are enjoying an edge in their career enjoys a complete limelight.

Let us now see how the government of Pakistan responds to this appeal.