Reema keeps on giving something new to her fans in some way or the other. This time around too even after she moved to United States, she makes sure that her fans also get to see those parts of America which are not very well known but are rich in culture and tradition. Keeping up with her passion for travelling and discovering new places, Reema Khan went to a village with special traditions which are unlike the modern values most people in America follow. 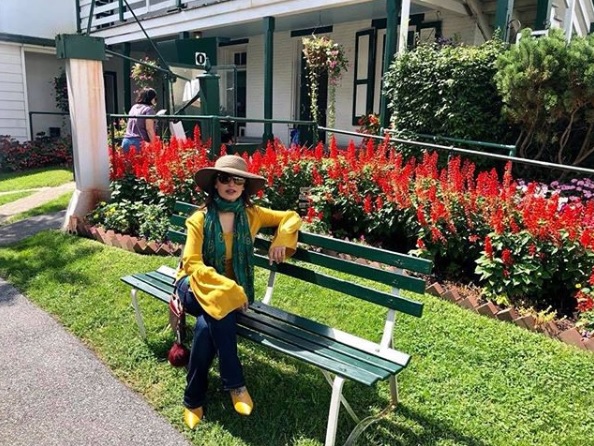 Reema Khan looked great and the way she introduced this community was interesting as well as informative. Reema Khan took the viewers to Amish Village, which is a beautiful town 4 hour drive from Washington DC. The people living in this village follow a lifestyle which is completely different from rest of the world. They do not use any modern things, not even a car. There is no concept of television and phones in this village. These people have not changed their customs and traditions over time.

Here is the video of Reema Khan in the village telling about Amish community.

Amish Village. A beautiful town on a 4hour drive from Washington DC. 💫