The Ministry of Information, Broadcasting, and National Heritage issued a notification declaring the Urdu feature film “uncertified” according to Section 9 of the Motion Pictures Ordinance, 1979. 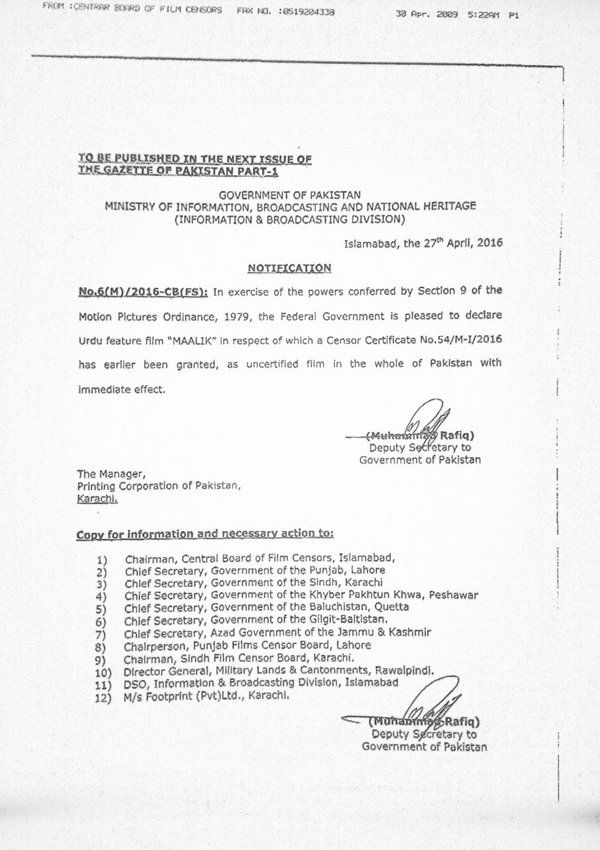 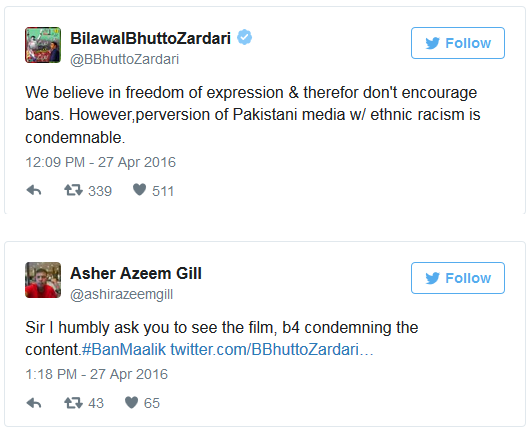 The ban on the film started two popular trends on Twitter with the hashtags #BanMaalik and #IStandWithMaalik.

Here is the trailer of the Maalik