However now after three weeks of screening the Sindh government has declared a ban on the movie throughout the province.

As per the official facebook page of Maalik, A letter issued by the Sindh Government today said that the Word CM (Chief Minister) should not appear in the film. This is despite the fact that all observations from the Sindh Censor Board were complied with and the film was in Cinemas for three weeks. Suddenly the film has been banned from Cinemas in Sindh. The police has also been been instructed to take action against Mr. Ashir Azeem. 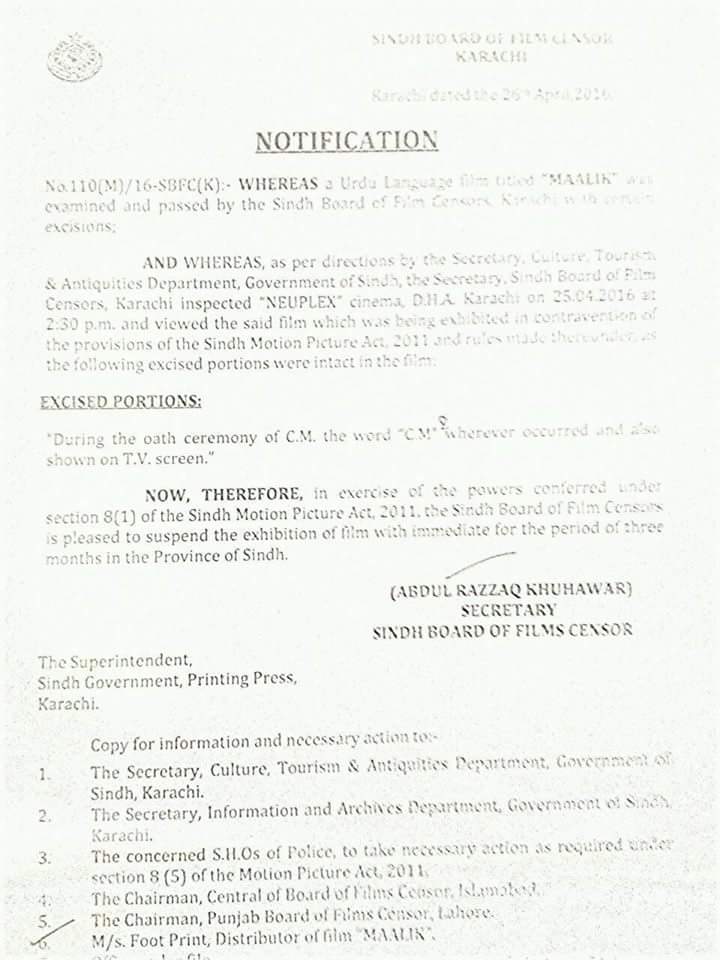 The news resulted in outrage on social media against the Sindh Government and after few hours the government withdraw the earlier notification. 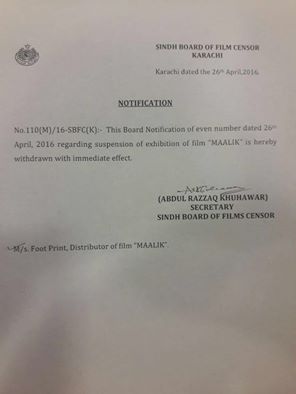 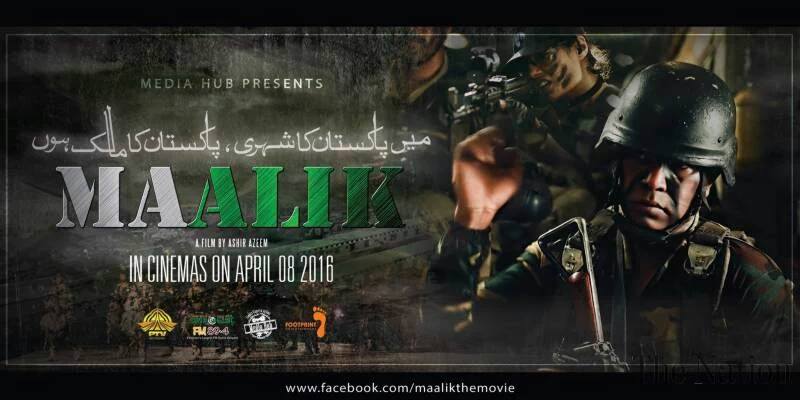