As expected, the hit filmmaker and director duo, Fizza Ali Meerza and Nabeel Qureshi roped in Fahad Mustafa for their next film, Quaid E Azam Zindabad. Fahad Mutafa always happens to be the first choice of Filmwala Pictures. The team has previously worked together on 4 films, each of which left a mark on the box office and of course the Pakistani cinema. 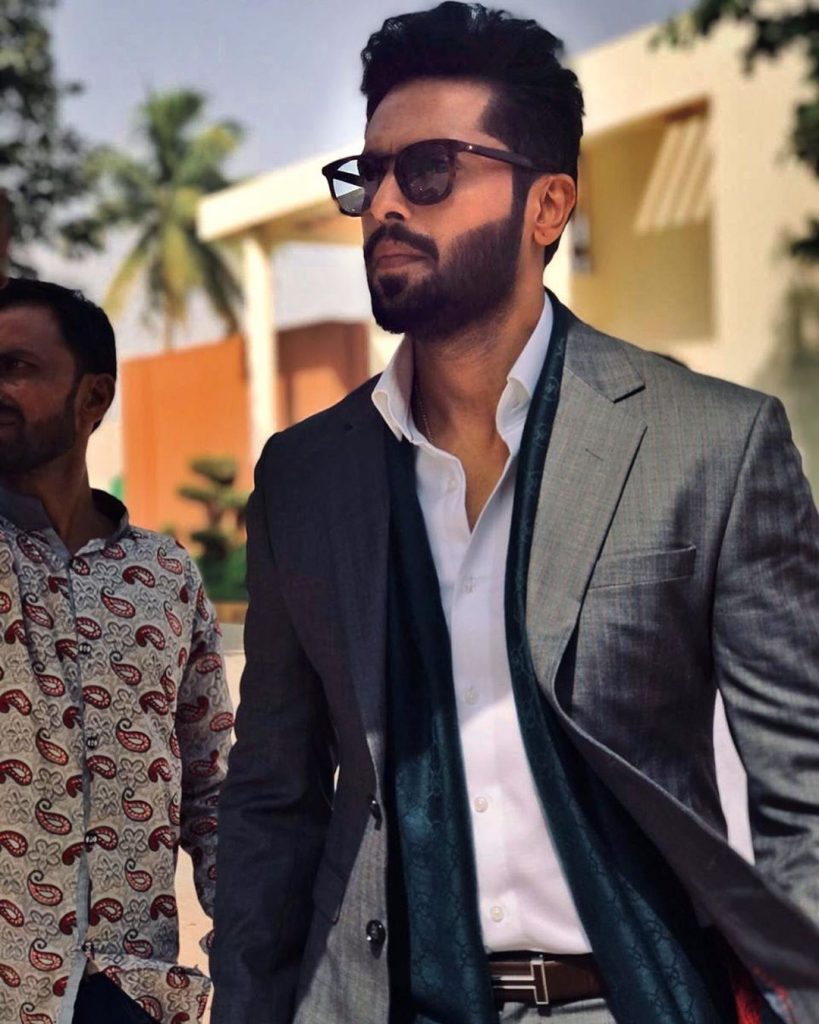 After the massive success of their last film, Load Wedding, this time again, Fahad Mustafa, has been the top choice for Filmwala Pictures’ next cinematic outing, but the female lead is definitely a surprise. 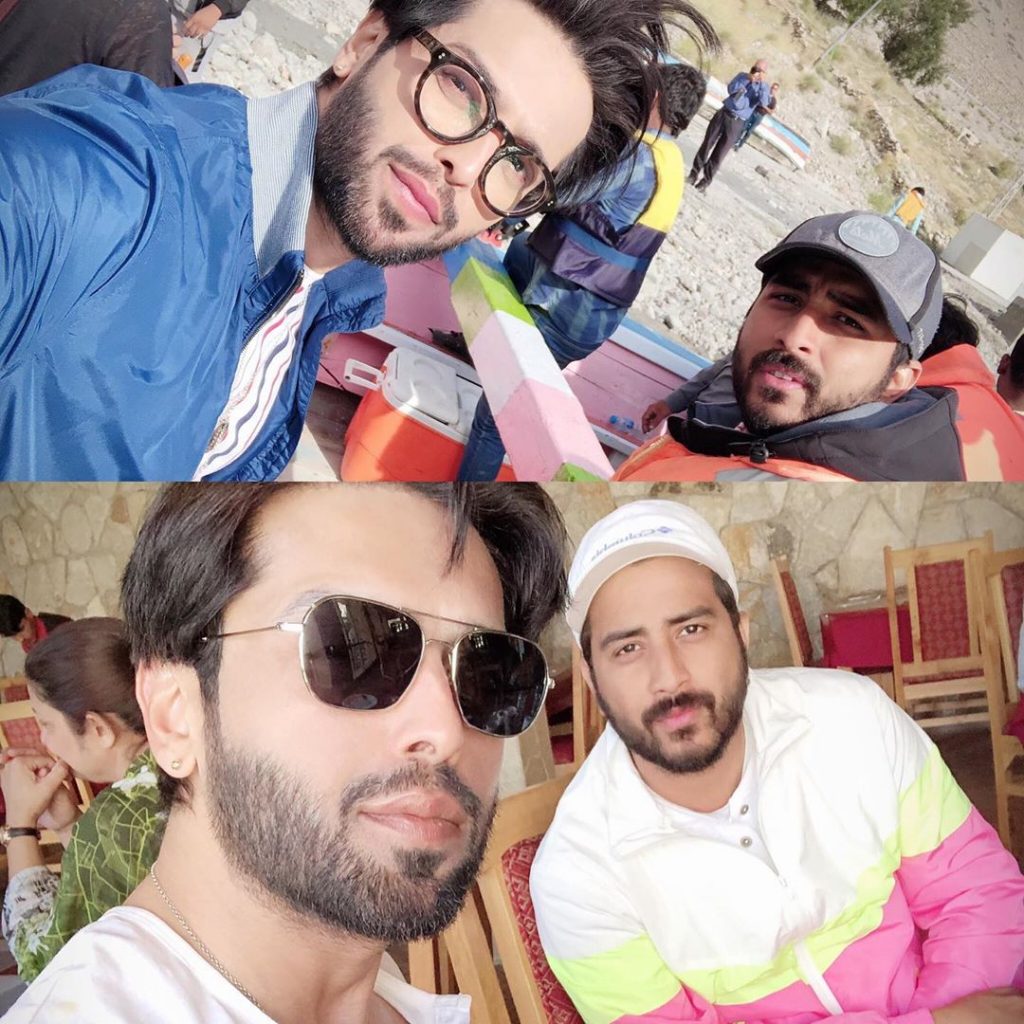 This time, the filmmaker and director duo have really amped their casting game and brought in the super lady, Mahira Khan as the female lead opposite Fahad Mustafa. Seems like Fahad and Mahira are finally coming true on the promise they made to their fans on their Twitter handles once. 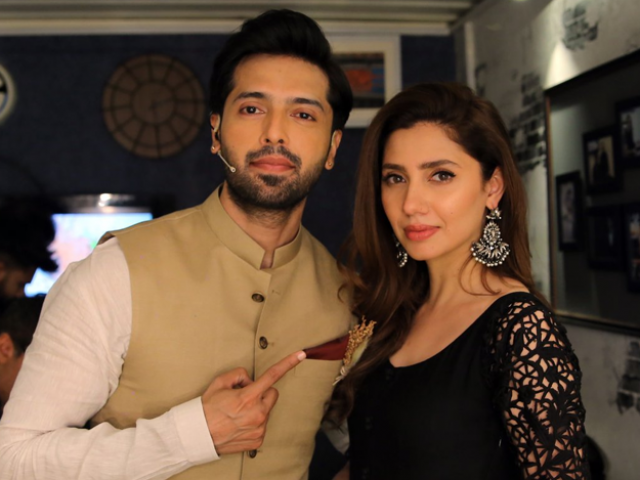 The news was officially confirmed by the director and producer themselves and Mahira Khan also took to her Twitter to state how this was finally happening. 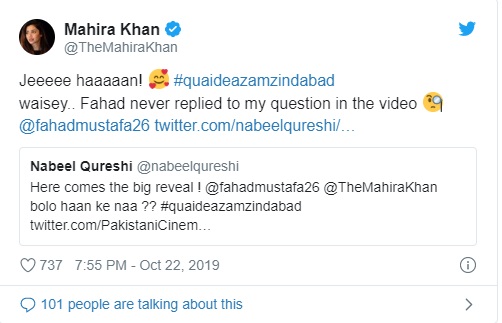 “Jeeeee Haaaan!” (Yes), wrote Mahira Khan on her Twitter handle replying to Nabeel Qureshi’s big reveal tweet. Earlier in an interview with BBC Urdu, Mahira Khan had already expressed her desire to work with Fahad Mustafa but how none of them could get to it because of bad timing. 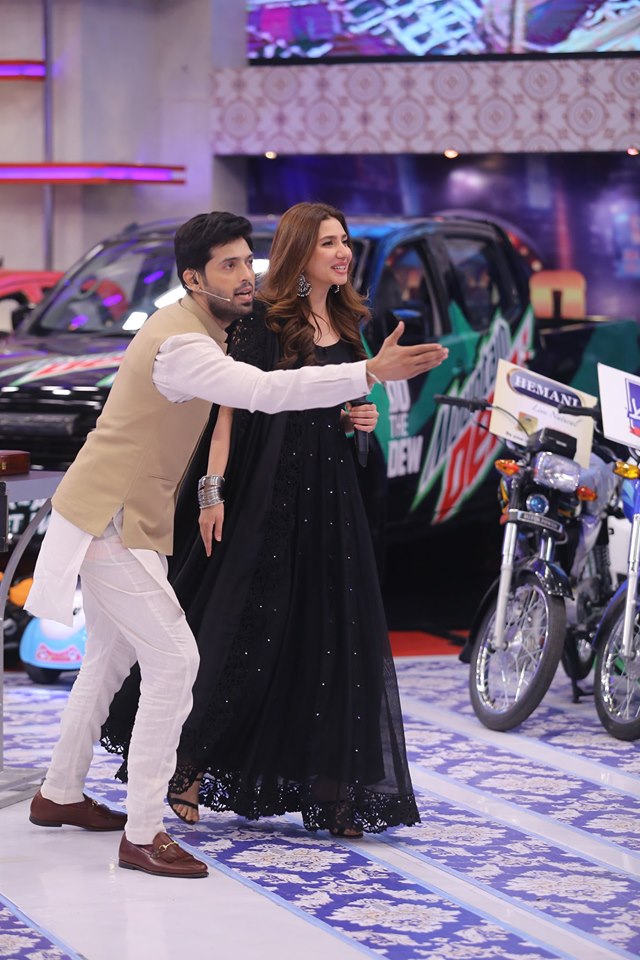 “I have never worked with Fahad Mustafa. I really wanted to work with him but there just wasn’t any time. I can’t even begin to tell you the amount of projects the two of us have been offered together but the timing has never been right,” Mahira Khan had said.

The only time Fahad Mustafa and Mahira Khan were seen on the screen together was in last year Ramzan transmission of Jeeto Pakistan on ARY Digital. The chemistry between the two actors crackled and Mahira Khan dazzled the sets.

Having seen her performing in Superstar and knowing for a fact that Fahad Mustafa is an exceptional actor, one can only hope Quaid E Azam Zindabad to be a major blockbuster. And the fact that its coming from Nabeel Qureshi and Fizza Ali Meerza, we don’t have to hope much, because the duo always delivers.