Mahira Khan and Hamza Ali Abbasi are friends that troll each other and are always there to support each other. Fans are dying to watch them work together but there has not been a single project yet where they could be seen together. The upcoming and most anticipated movie Maula Jatt 2 is one where we will be able to see the two stars in a single project but if reports are to be believed they have no scenes together.

Mahira Khan was with the director of Maula Jatt 2, Bilal Lashari. She posted a picture on her Instagram and did not forget to troll Hamza Ali Abbasi. Hamza is a very good friend of Bilal too. This is what Mahira thought about the picture and even shared her thoughts with her fans too: 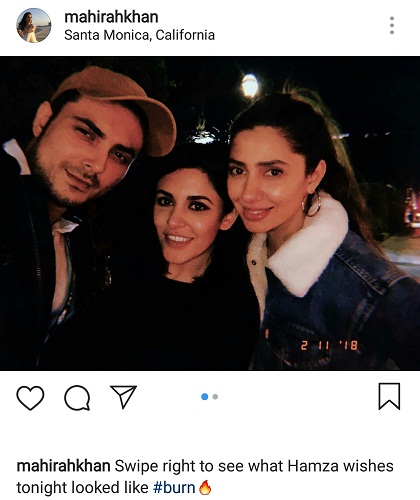 And Mahira did incorporate Hamza’s wish into the picture and posted it: 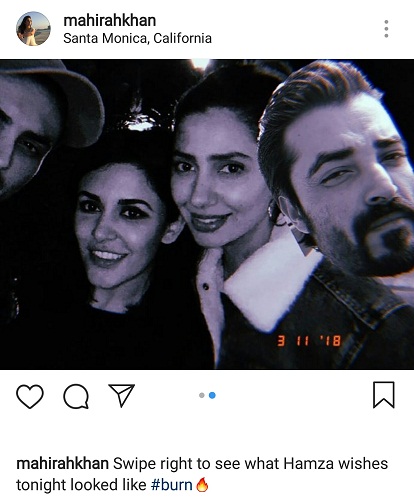 Hamza agreed that yes he would want to be there and did not forget to praise his diva pout himself:

With the release of Maula Jatt coming near, fans are already all set to watch these two friends together on screen and judge if the chemistry is only off-screen or the magic will be same on screen too!