Main Manto, the film is near completion

A much awaited project, Main Manto the film is in last stages of production. After release of this film a drama on the same topic will also be telecasted. The film is about Sa’addat Hassan Manto a renown literary figure of Urdu famous for his short stories (afsaana).

The film is directed by Sarmad Sultan Khoosat, who himself is playing the role of Manto in the film. The other cast of film includes Mahira Khan, Saba Qamar, Imran Abbas, Sania Saeed, Hina Khawaja, Savera Nadeem, Nadia Afgan, Nimra Bucha and Adnan Tipu.

Music of film is composed by Jamalur Rehman which comprises of eastern classical tunes. Main song is in the voice of Ustaad Salamat Ali Nazar while Meesha Shafi has also provided vocals for some songs 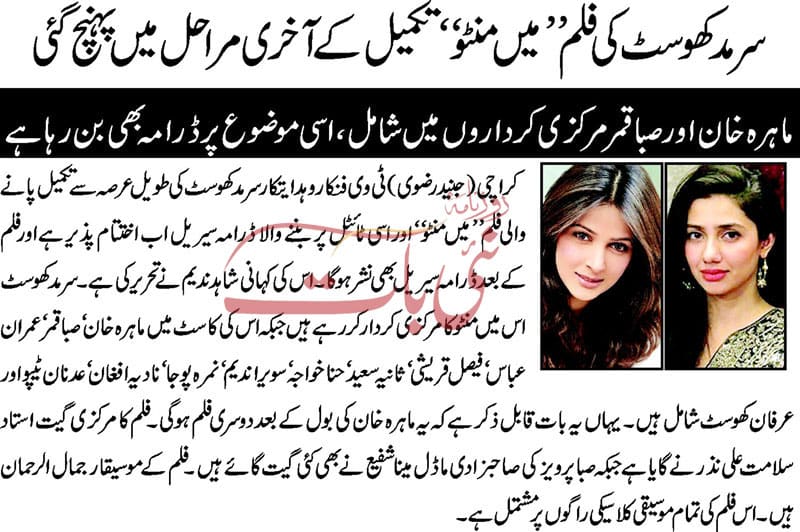