Majid Jahangir; the ‘Fifty Fifty’ comedian who is an inspiration for many comedians in our country is in dire need to financial assistance owing to his ailing health. After this news was aired Malik Riaz has announced that he will be bearing the actor’s medical expenses. 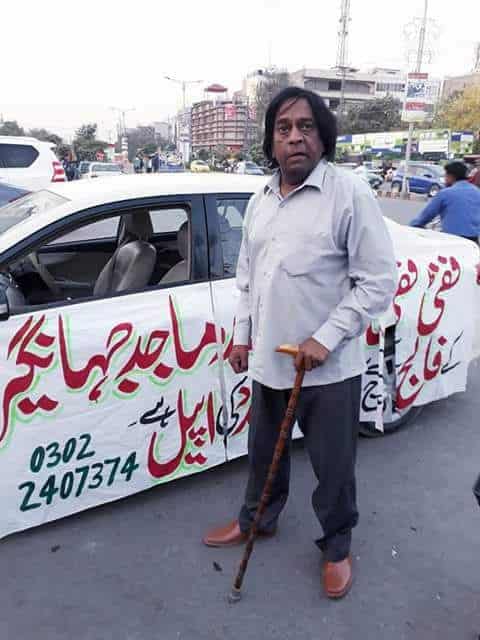 Early Thursday morning, Junaid Akram, a stand-up comedian who looks up to Jahangir, urged his friends and followers on social media to come forward and assist the veteran actor in whatever way possible.

The comedian’s funds have run dry, having been spent on medical bills, after he lost partial function of his body to paralysis almost three years ago. Some state officials had then stepped up to help him in his treatment.

“I had been searching for Majid Jehangir for so long and this is how I’ve found him. He’s been my biggest inspiration in comedy. Seeing my hero in this state makes me feel really sad,”

I had been searching for Majid Jehangir for so long and this is how I've found him. He's been my biggest inspiration in comedy. This makes me really sad. pic.twitter.com/4Mxlrgub8h

Pakistani actors and actresses have time and again been ignored by the government despite providing decades-long entertainment.

Only recently we have lost actor Matloob-ur-Rehman and actress Nusrat Ara Begum to prolonged ailments. They have essayed roles of Zakoota and Bill Balotri respectively in Ainak Wala Jinn.