Manto (منٹو) is an upcoming film releasing on 11th September 2015. It covers the life of Saadat Hussain Manto, the years he spent in Pakistan after partition in 1947 till his death in 1955. Its music has been launched in Karachi yesterday.

After its release, it will also be telecasted as a drama on Geo Tv.

Here are the songs from this film, the trailer of the film is yet to be relesaed

Saadat Hassan Manto is considered as the leading short story (afsana) writer of Urdu literature. He also wrote the stories and dialogues of many films in Bombay, British India before 1947. After the partition in 1947, Manto migrated to Pakistan with his wife Safiya, the couple has three daughters.

In Pakistan Manto continued writing Short Stories and also wrote an Urdu film Beli in 1950. He also wrote the sketches of famous persons whom he had met. In Pakistan, he faced many financial hardships and being addicted to alcohol he passed away in 1955 at a young age of 42. During his life he also faced the court charges of writing obscene content and portrayed as a controversial figure. His widow Safiya passed away in 1970’s. His three daughters Nusrat Jalal, Nuzhat Arshaf and Nighat Patel are alive and live in Lahore. 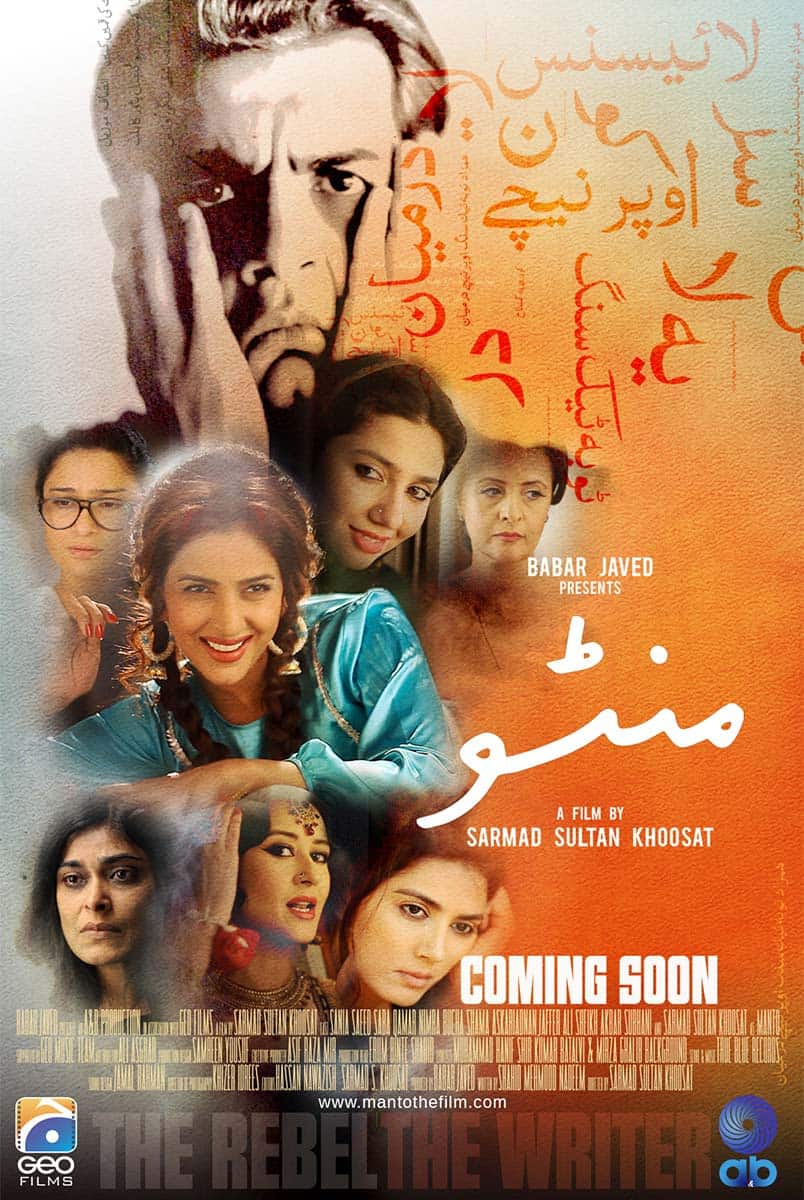