Donald Trump and his wife Melania Trump has landed in India. The world is keeping an eye on the visit of the First Family of America, the world is noticing each and every minute details from handshake to outfits. 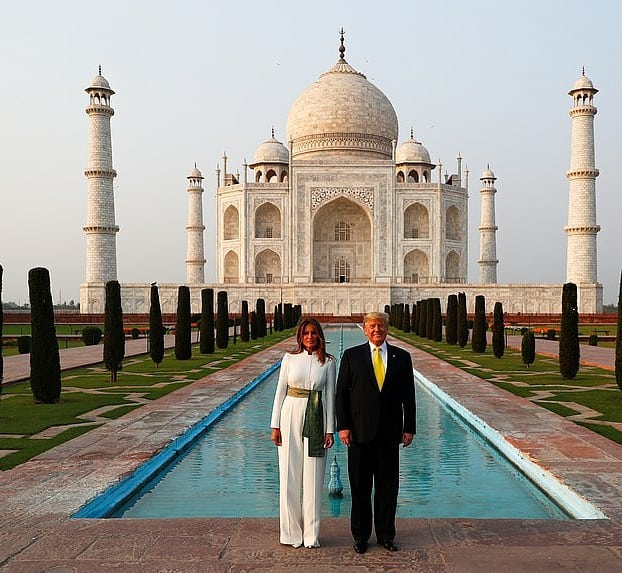 Melania Trump is famous for making a statement with her unique dress sense. On her visit to India, she wore green and white and we know what these colors represent. 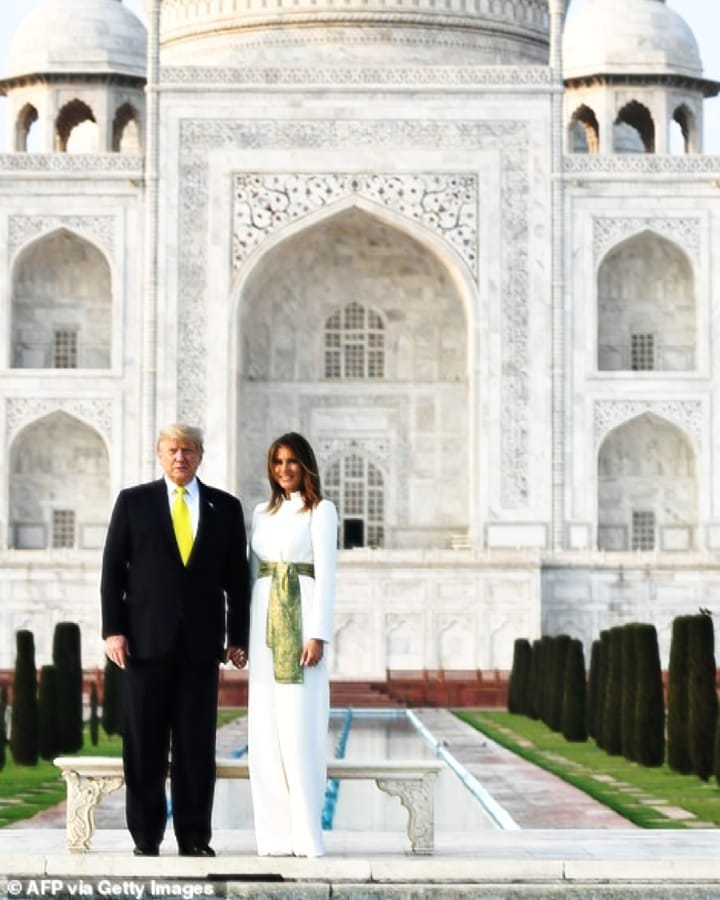 She chose to wear a green and white jumpsuit with a banarsi green colored sash. 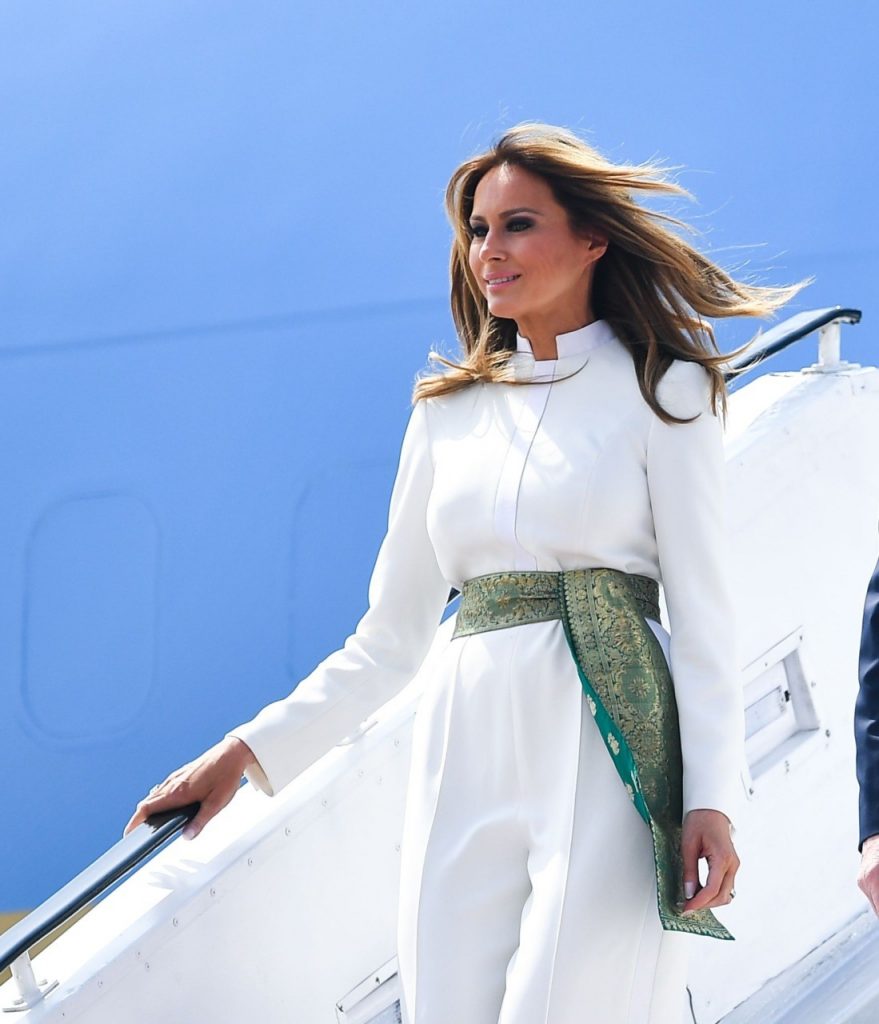 Melania’s suit was designed by Atelier Caito For Herve Pierre. The green sash is apparently cut out of an ancient Indian textile with gold thread work. 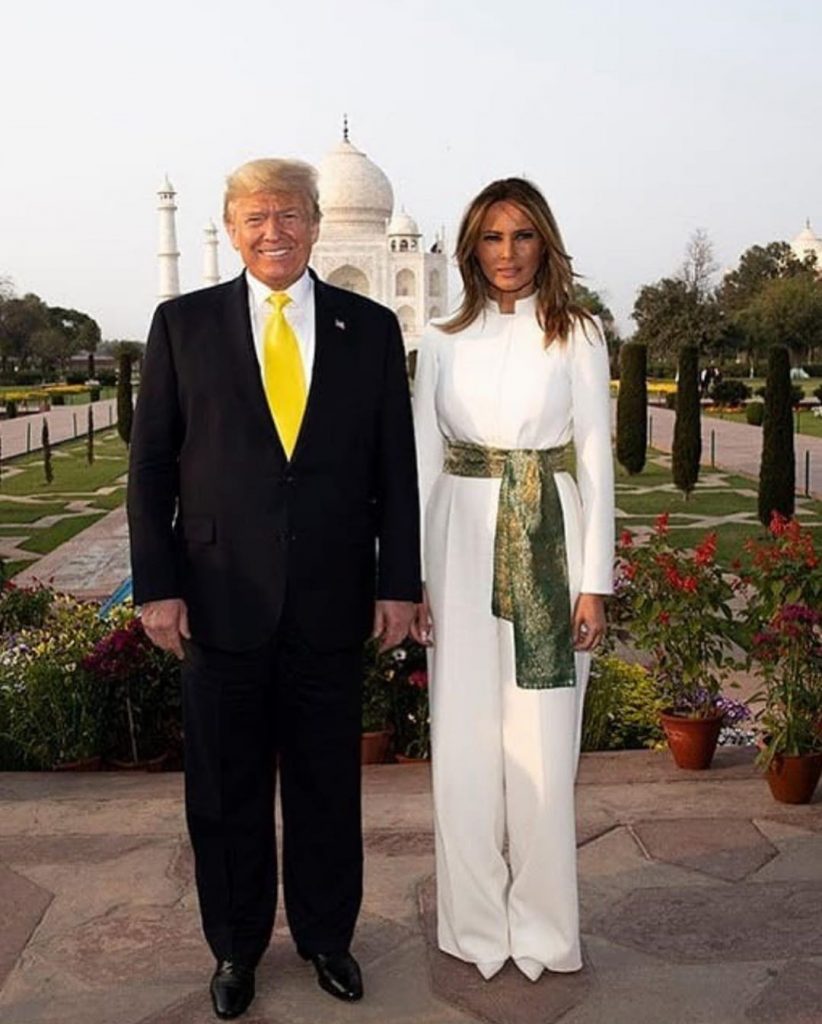 People on Twitter pointed out that she is trolling India by wearing Paksitani colors.

Look what people have to say:

Melania wears Pakistan colours as she lands in India!!🤣 pic.twitter.com/ruJ9RNLfUk

Melania said Pakistan Zindabad when Modi tried to hug her 🙂

She made quite a statement with her clothes. The First ladies outfits are highly important especially during foreign visits. It is also a platform for world leaders to exercise soft diplomacy. 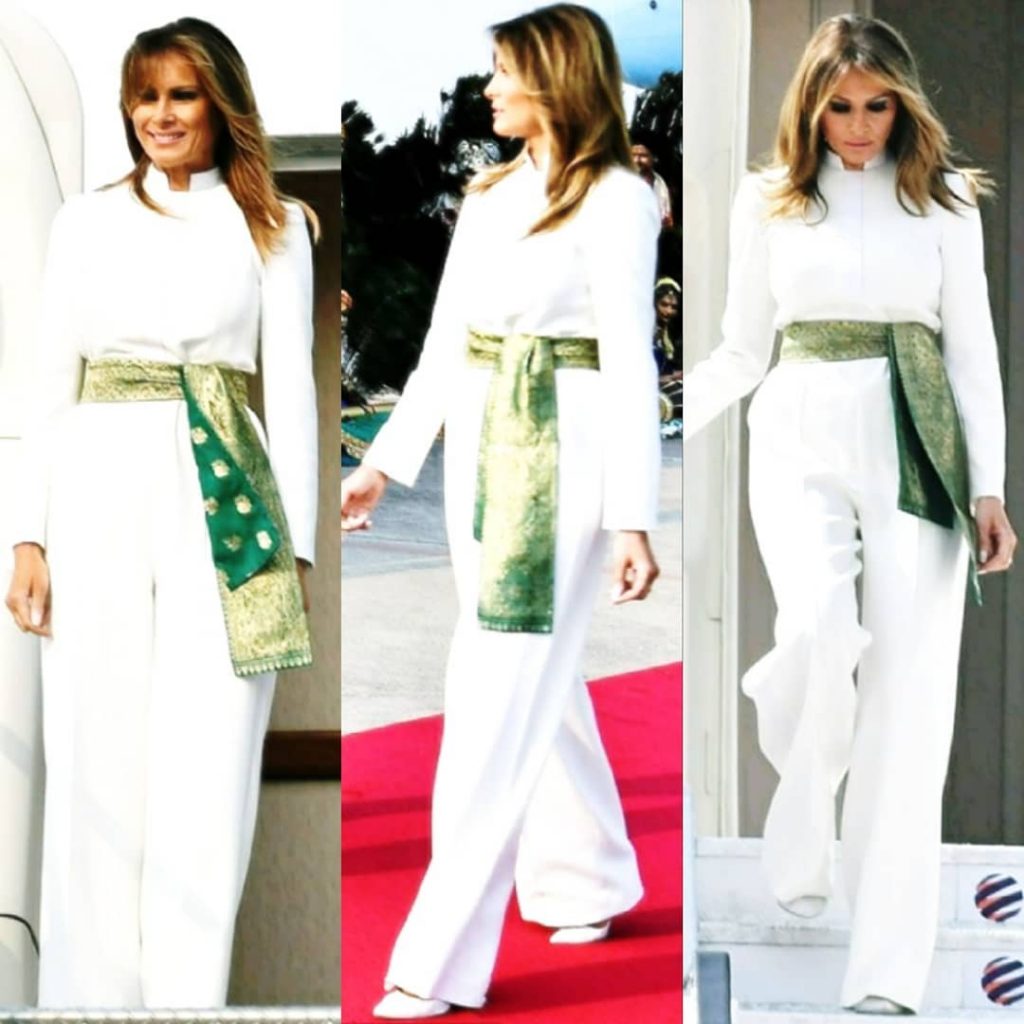 The designer of Melania Trump came forward and gave an explanation and said, “Arriving in India, the First Lady #flotus is wearing a white jumpsuit from @atelier_caito_for_herve_pierre in crème crêpe . The sash was cut in an early XX century Indian textile documents I found in Paris through very good friends who are collectors. @herve_pierre_creative_director . The sash is made out of green silk and gold metallic thread . We used the border which was the most Interesting piece we could use as it was a vintage piece.” 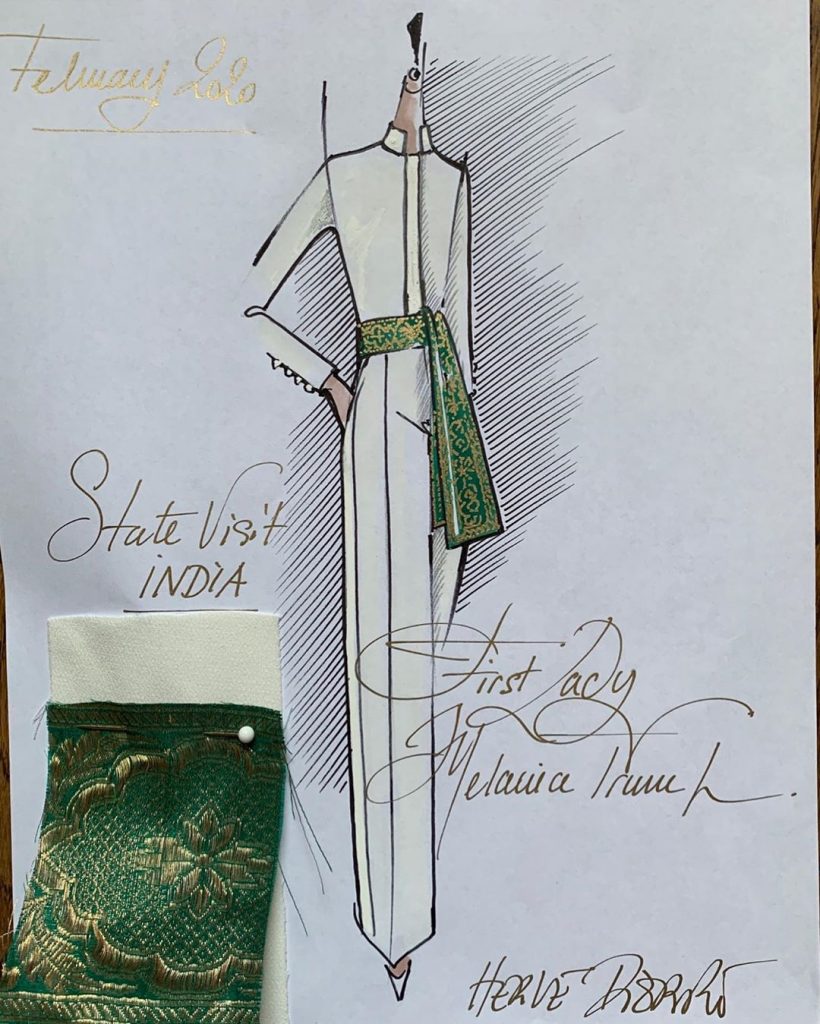