Mishi Khan Bashes Rabia Anam on Walking Out From GMP 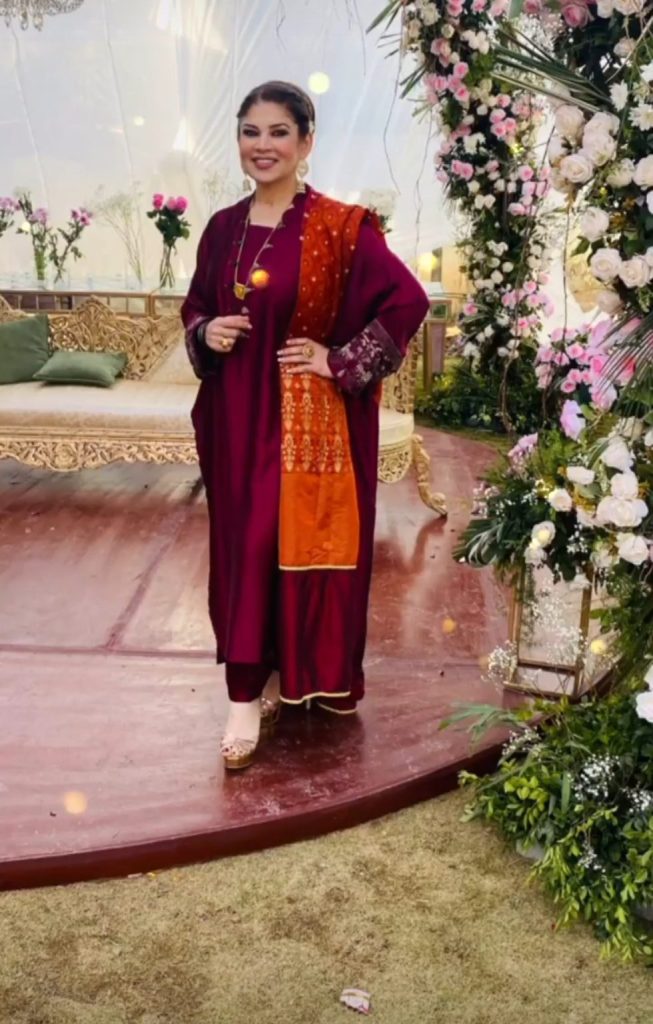 Now a days, Rabia Anam is in news for walking out from a morning show after humiliating the guest. She apologized with Nida Yasir and Salman Iqbal, she said to Mohsin Abbas Haider, “Some mistakes always chase a person his whole life and Mohsin will will always be guilty”, after saying she walked out. Nida continued the show with Fiza Ali & Mohsin. 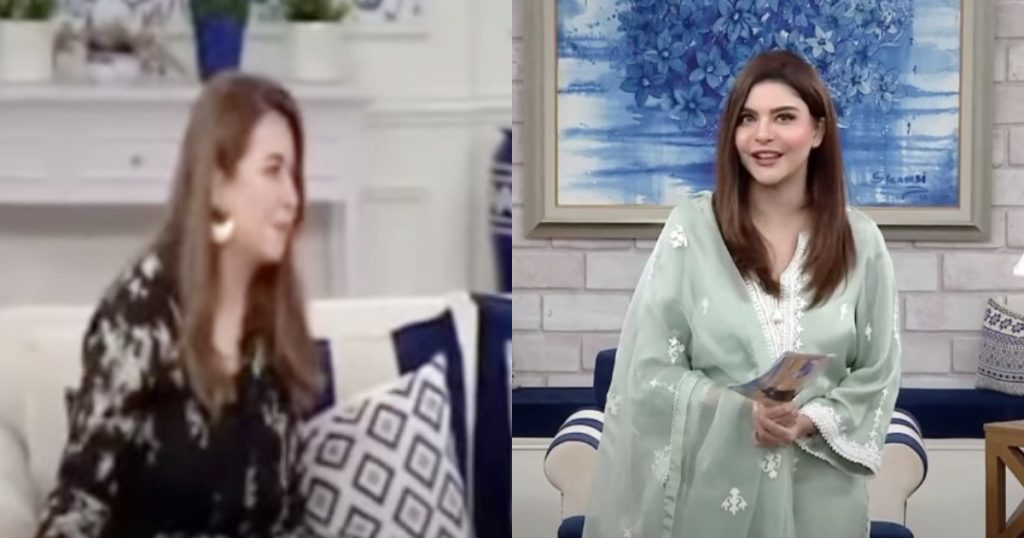 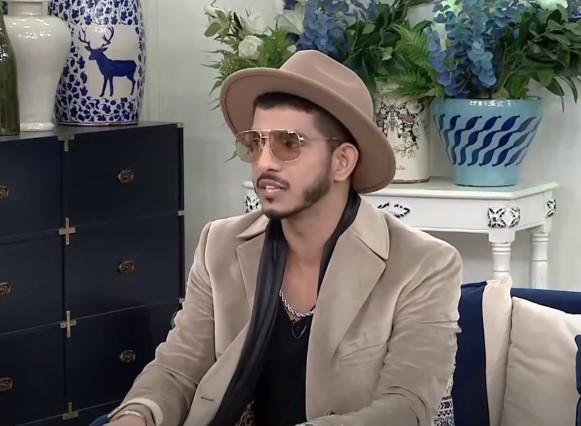 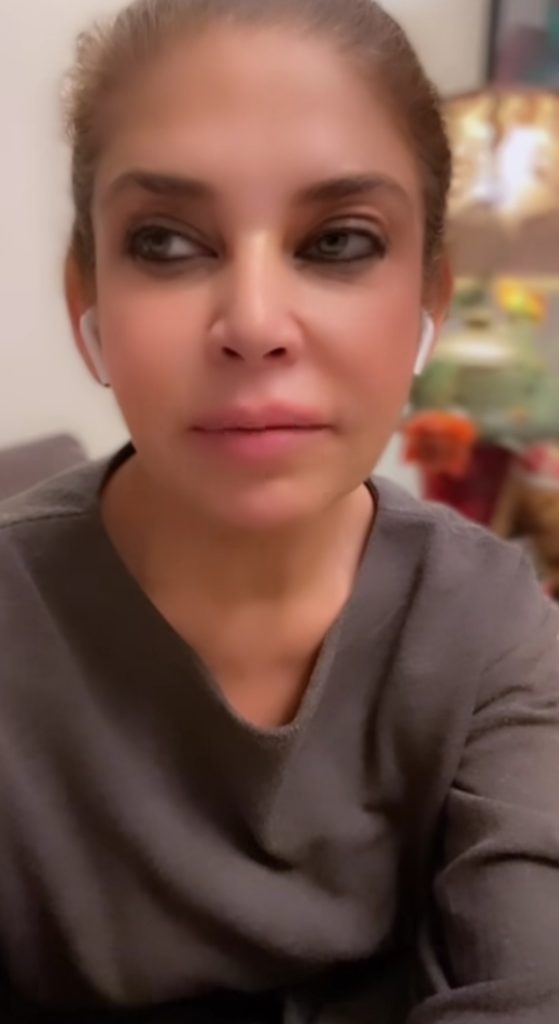 Mishi Khan has recently posted a video, “yesterday, I was watching a clip in which Rabia Anam walked out of the show, Rabia Anam was invited as guest in Good Morning Pakistan. The topic of the show was based on mistakes and she realized that she should have not sat in the show, she then gave a long lecture on mistakes, she apologized to Nida and said that she doesn’t want to be in the show, she then walked out because of guest, well, if she had to walk out from the show, she could have gone from the make up room as she had ample time before that, whatever she did in live show went in a bad taste because she has humiliated the channel, the host , the producer and the guest, it was humiliating” . Here is the link!

All the fans agreed to Mishi Khan and said that Rabia Anam did it on a purpose to get fame. Have a look at the comments: 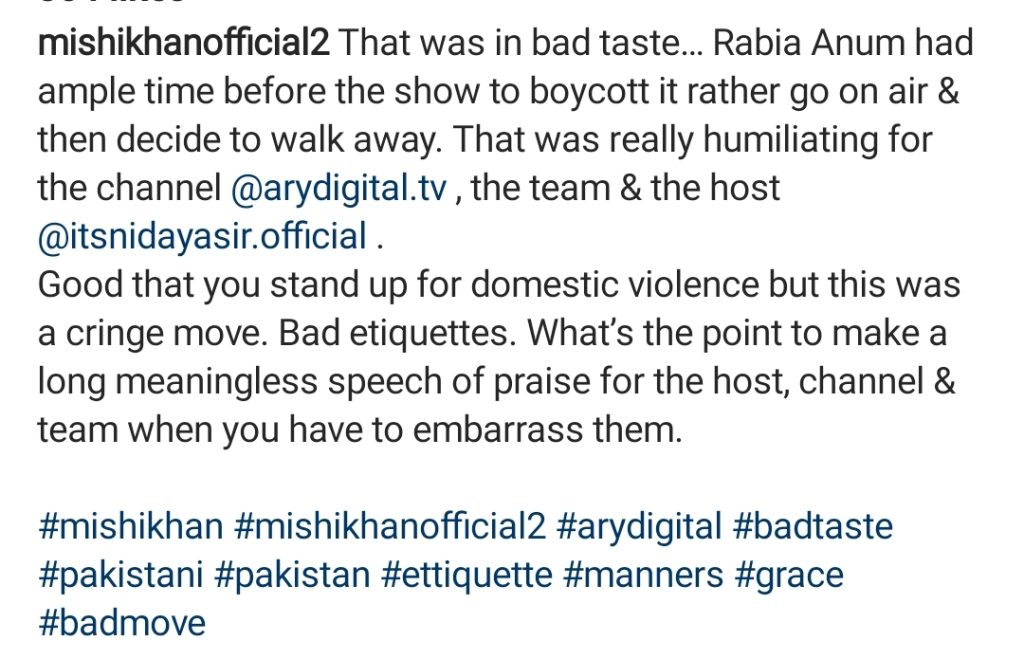 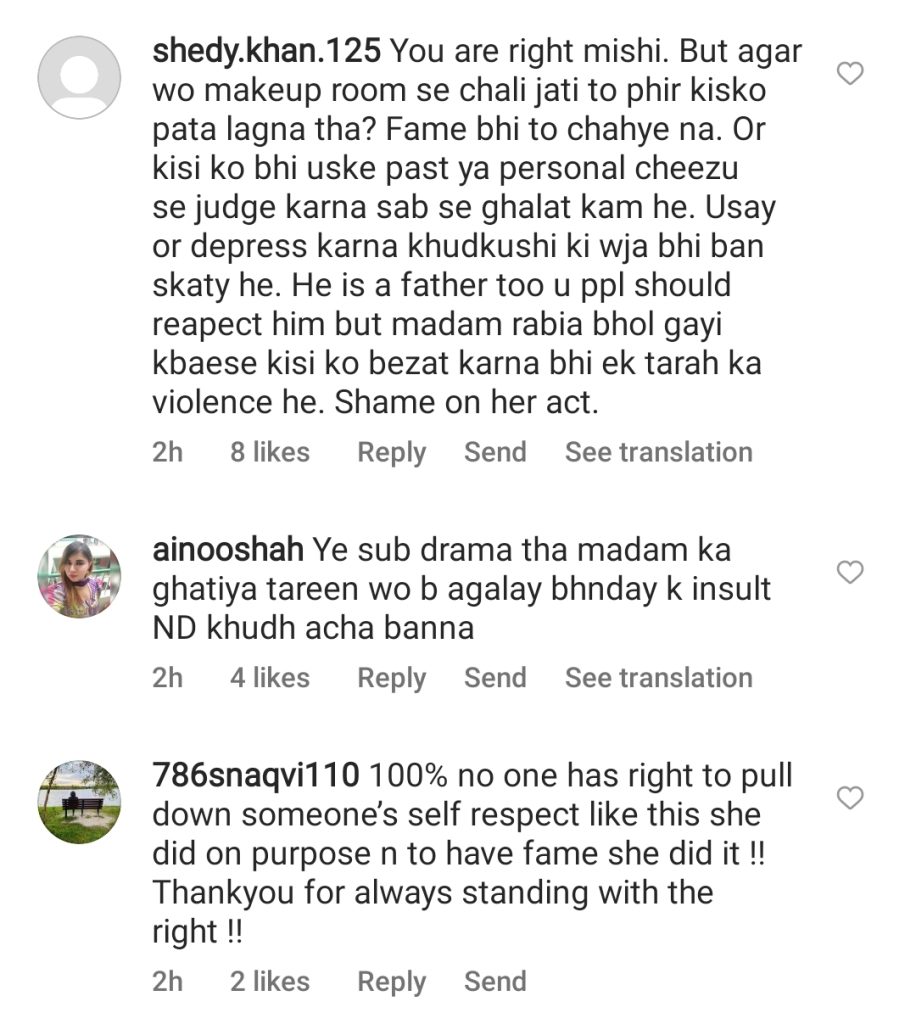 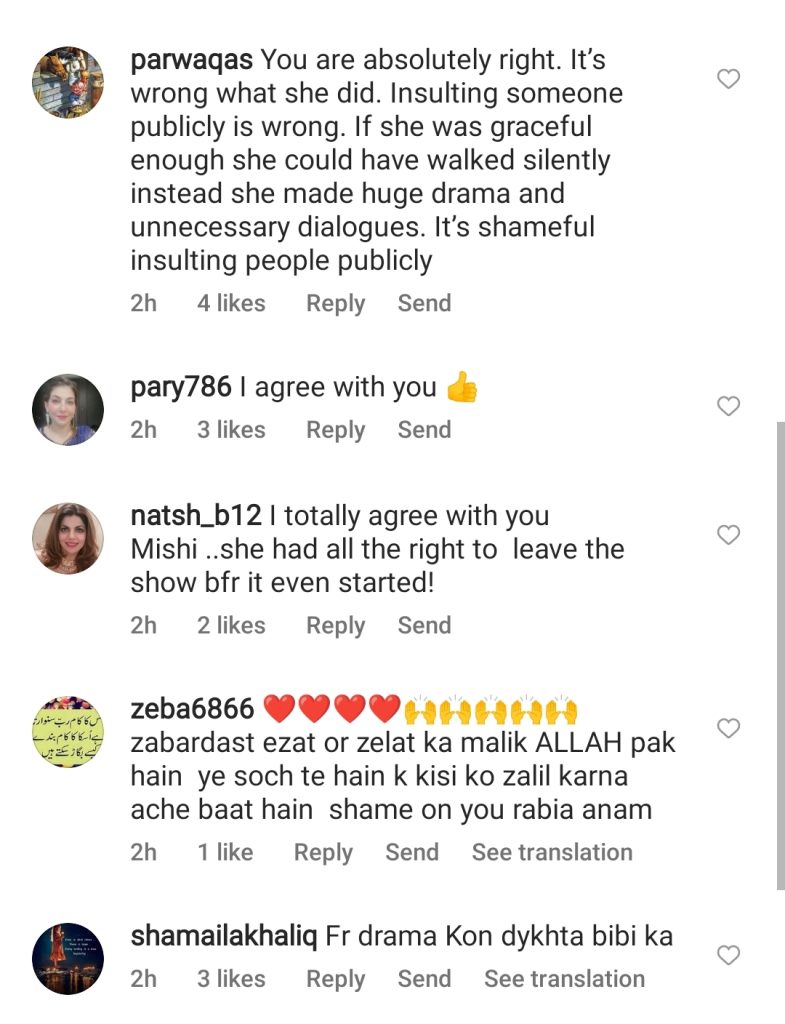 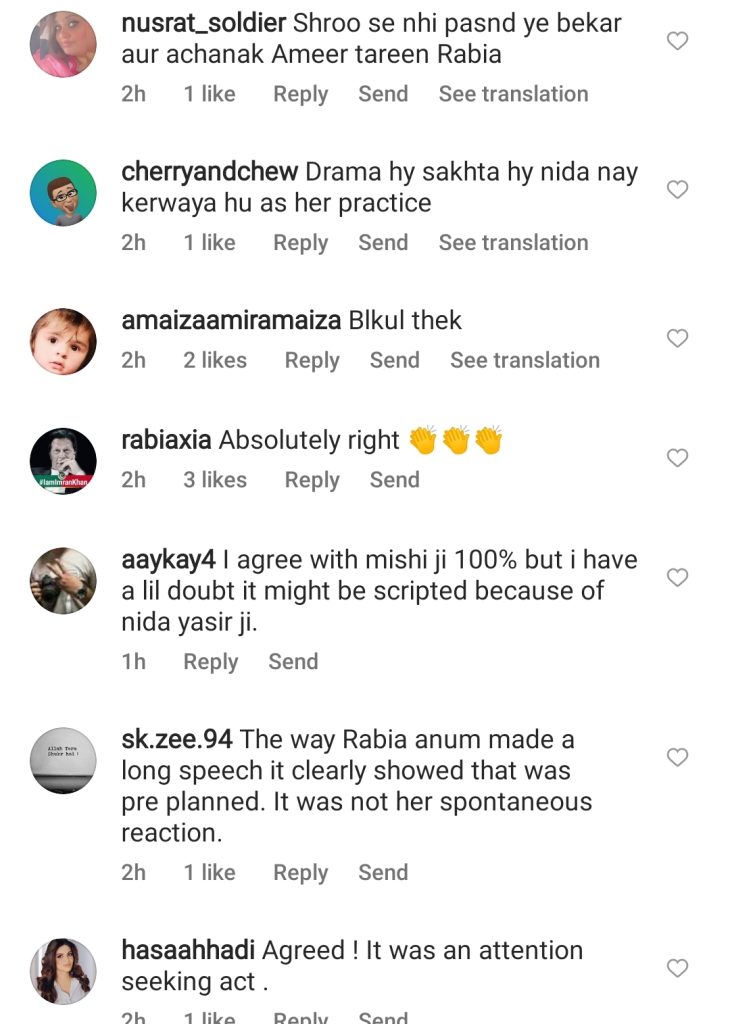 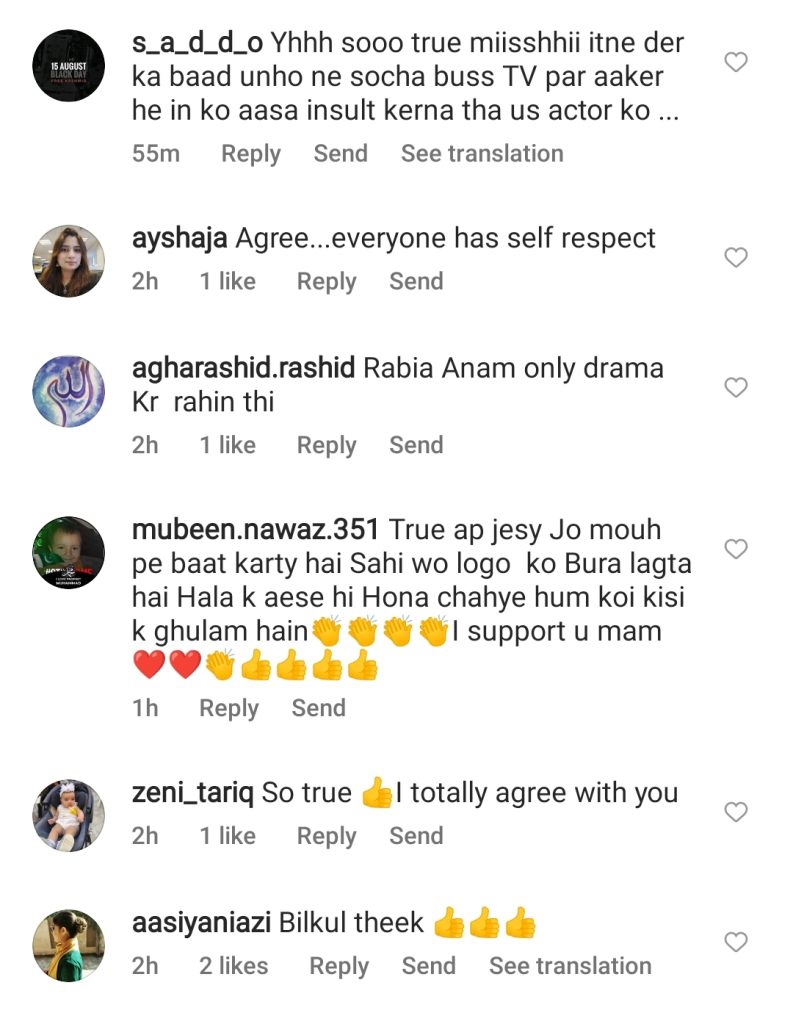 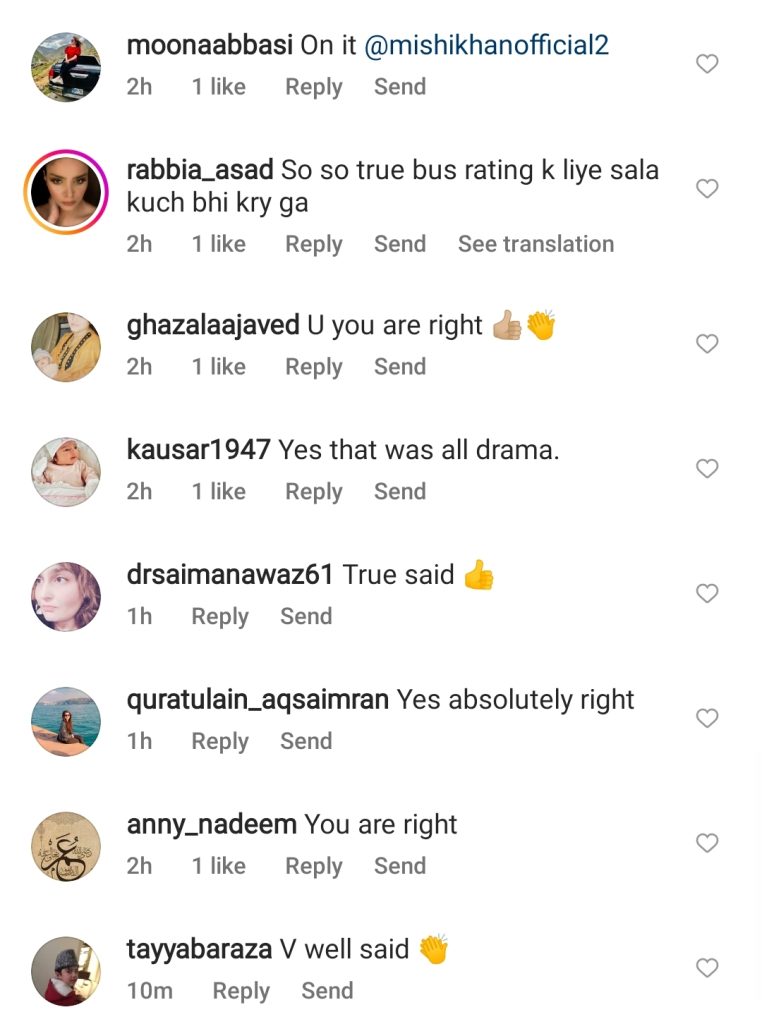 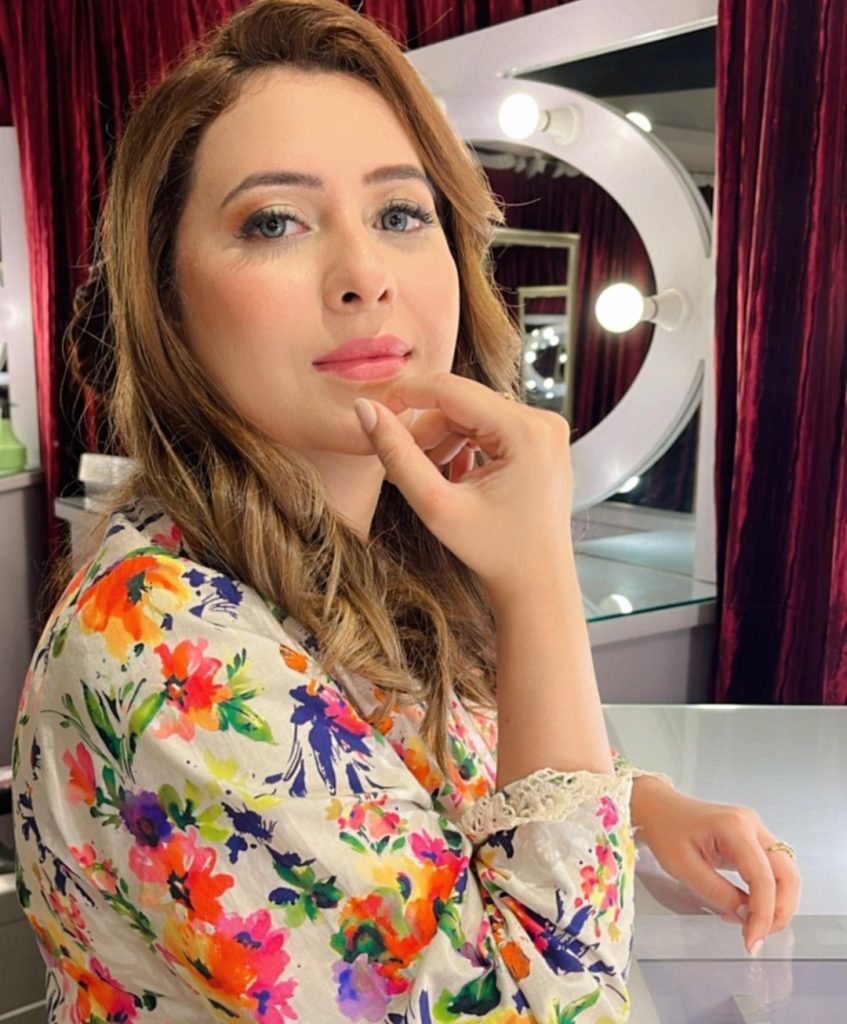