Mohib Mirza to be seen in “Shab-e Arzoo ka Aalim”!

It has been rightly said that the there are few lucky days in the life of every celebrity that bring wonders and give a real boost to the artists. Mohib Mirza is, for sure, enjoying that particular period of his life currently. The Actor has become a significantly important icon in the entertainment industry since the last year after the success of his movie “Lamha-The seedling” and his role as Hamza in Shehre-Zaat brought him further worth as an actor. Mohib Mirza is currently seen in the drama serial ‘Kash Aisa ho..’ that is been on air on ARY Digital. His chemistry with Saba Qamar hasn’t succeeded to great levels, though he is still been admired for his acting in the project,

It is now Wajahat Rauf’s “Shab-e- Arzoo ka Aalim” where Mohib’s fan will again see him on screen with Armeena Khan. The serial will be going on air from the 22nd of this Month on ARY DIgital. The drama is directed by Sohail Javed whereas the production has been done by Wajahat  Rauf and Shazia Wajahat. 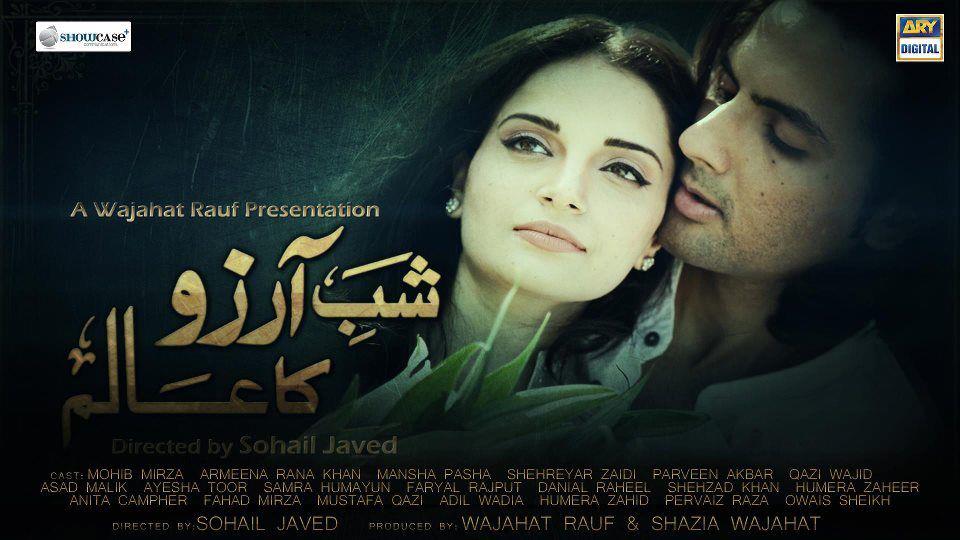 The promos of the serial can be seen on and off on the channel and the social media has created a hype about this upcoming show already. With the promos that speak about the chemistry of the two, shows that Mohib will again be seen in his long hair which, according to many fans really do not suit him. It is yet difficult to reveal more about the storyline at the moment, therefore, keep your fingers crossed for the show.