Momin Saqib has now become a full fledged actor as he made his debut with Raqs e Bismil on television and Dum Mastam on big screen. Momin impressed the audience overall and he has had a successful debut in bot fields. Momin however, did not get famous because of his acting rather it was his jazbat badal diye halat badal diye meme which went viral as he expressed his disappointment post India-Pakistan match a few years back. 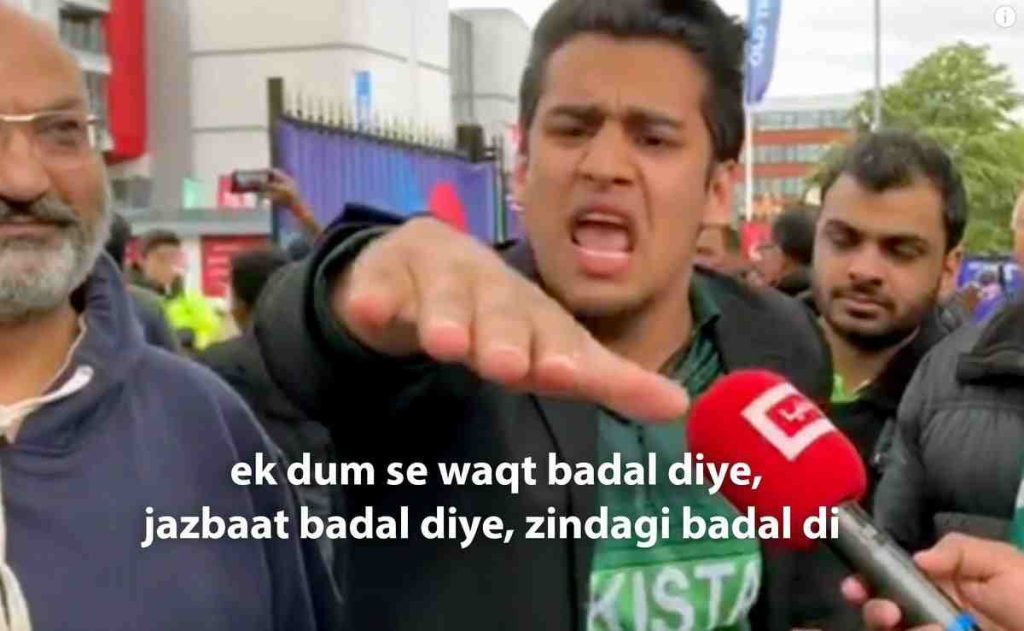 Momin Saqib has since been a permanent fixture on India-Pakistan matches as he is great cricket fans and he is always sharing videos with players and other fans present during the match. He also attended Pakistan-India match last night which Pakistan won in style and he shared his reaction to the winning moment. 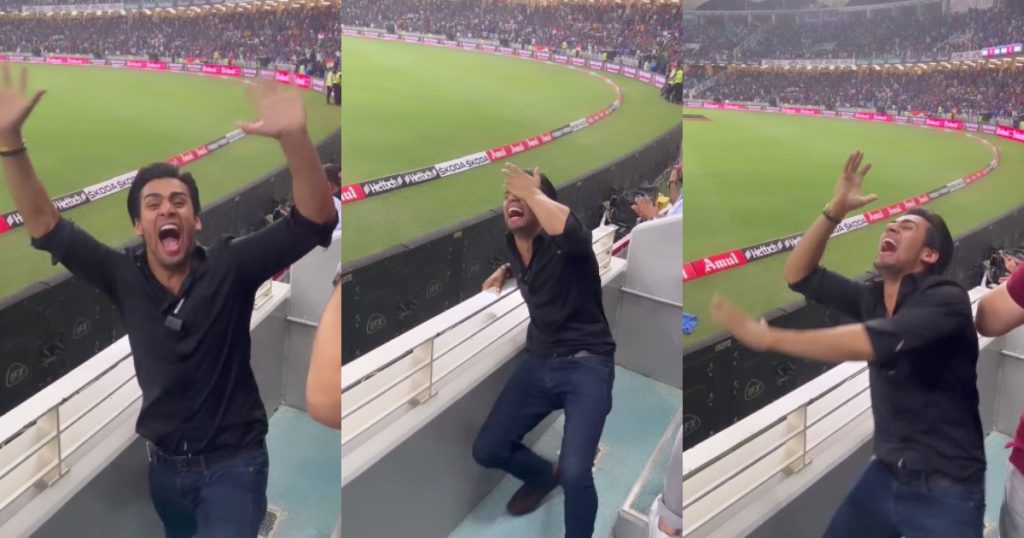 People however think that Momin Saqib needs to dial down his overacting. Yes, it was an occasion of celebration but repeating the same loud over reactions every time are not really working. Check out reactions by the netizens: