This episode was directed and acted out brilliantly. Kudos to the director and the actors in particular for making every episode of Muqabil a wonderful experience. Even when there is no obvious development in the story, the direction and the performances keep you hooked to your television screens. Also, the writer is gradually showing changes in different characters unlike some other writers who wait for the last few episodes to show a major change in the characters. Arman’s reaction was shown realistically and the timing of all the scenes covering Arman’s disgust towards his father was beyond impressive. Mahmood has no idea what is going on in Arman’s mind, Arman is not in a position to be away from his family therefore he is forced to be around his father. The scene in which he threw up while his father was reciting duas for him was right on point! Every time his father touched him, he cringed and thought about the things which Pareesa had said in the past. There is an intensity and precision about Mohsin Abbas Haider’s performance because of which just watching him act is a treat! He makes the most of every single scene by giving the perfect expressions even in the most complicated of situations. Asif Raza Mir is immensely talented and all his scenes make a strong  impression on the viewers. Watching these two stars in one frame in these complicated situations is truly spellbinding because they never go wrong. 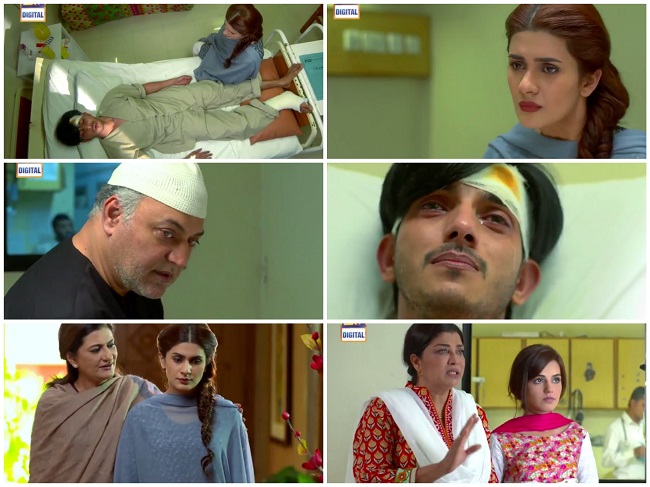 Another character which is getting more interesting with every passing episode is that of Shehnaz. She has come a long way; Pareesa’s marriage proved to be a reality check for her and she decided to change her priorities in life. Watching Shehnaz make a conscious effort to make things easier for her daughter by putting her ego aside was a refreshing change. Saba Hameed is constantly experimenting with different roles and every time she appears on screen with a new role, she makes sure that she changes her get-up accordingly too. Pareesa decided to distance herself from Arman because she once again feels that he deserves better and perhaps to shelter herself from more emotional damage.

For a change Zuebida’s scenes in this episode were not only bearable but also showed a very caring side of her. Although she was loud as usual but her dialogues about Arman’s meeting with his mother in law were funny and her concern for Arman easy to connect to. For the first time I saw her as a mother who was truly concerned about her son and understood what her son was going through even though she had no clue why he was so terrified and sad. The scene in which she said that Arman had an accident before too but he never looked so scared and strange showed that she was the only one who had guessed that there was something wrong with Arman. 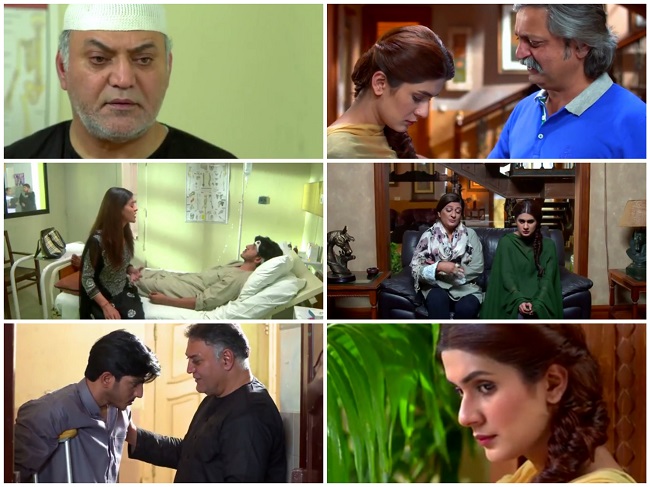 The preview of the next episode was exhilarating; I am waiting to see how Mahmood reacts when Arman tells him that he knows what Pareesa went through in her childhood. Will he cover up for himself or will it lead to a confrontation between him and Arman? Can’t wait to find out.