Most of this episode covered the aftermath of Pareesa and Arman’s decision to stay in Arman’s house after marriage although they were provided with an alternative by Pareesa’s parents. The last few minutes of tonight’s episode however were far more powerful and enticing than the episode as a whole mainly due to the brilliant acting by all the actors involved and the manner in which all these expressions were captured on camera. Arman seemed quite happy with this marriage now that he knows that he did not have to make the kind of compromise which would have been unacceptable to him. Pareesa is filled with hatred and she would much rather destroy her life herself than letting her mother take that decision for her. Mehmood started dreading this marriage more than ever when he found out that Pareesa was going to move in with them and even when the nikkah was taking place, his expressions clearly indicated that he was still hoping that Pareesa might back out at the last minute. The way Pareesa looked at him said a great deal about how much she hated him. Kubra Khan and Asif Raza Mir in particular were beyond brilliant in this particular scene which was most definitely the highlight of this episode.

Mehmood tried to move out of the house but his daughter made it impossible for him to do so. Although this development was a little too dramatic but it needed to be shown because it would have been odd if he did not think about moving out of the house. Through Nasreen’s character and the role she played on the wedding, the writer showed the mentality which ruled in the circle Shehnaz moved in. Keeping faces it seemed was far more important than anything else. Watching Shehnaz blaming herself later on and remembering how Pareesa used to distance herself when she was a child gave a more human feel to this character. There are times when Shehnaz feels guilty for not being able to understand her daughter but she does not have the patience or the time to invest in her daughter. Also, she knows only too well that it is a little too late. Saba Hameed and Saife Hassan both have done complete justice to their characters. 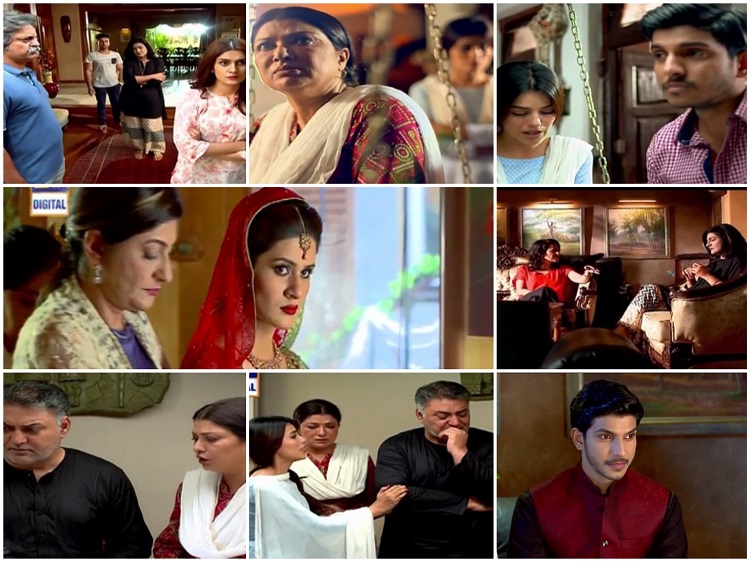 The way Pareesa looked at her flowers when she entered Arman’s house was an interesting addition to that scene which went to show that the director has paid great attention to tiny details which makes every scene come to life on screen. Arman’s expressions and his reaction when his mother kept on insisting that he should go and find his father went to show that he was completely smitten by Pareesa now. Pareesa got a reality check only after few minutes of entering  that house but right from the beginning she has been shown as someone who is completely numb, nothing shocks her any more!

I am waiting to find out how the story is handled from her on since Pareesa and Mehmood will be living in the same house now. The preview of the next episode promised more drama. I am eagerly looking forward to the upcoming episode. The real story will start with the next episode and hopefully it will be just as interesting as everything we have seen so far.