Okay so the 2nd Hum TV awards ceremony took place as expected. It is quite true that 1st Service HUM AWARDS ceremony was successful so last year I had predicted that 2nd HUM AWARDS will took place as well. Well the awards have not been telecast yet because it is still undergoing edit procedure but from the pictures I must say that this time Sultana Siddiqui was very keen towards making this year awards even more glamorous than last year.

There is no doubt that award ceremonies are yet another entertainment and so previously we got only Lux style awards then from 2010 Pakistan Media Awards garnered great attention and now we are being presented with Hum awards as well, more over ARY is also coming up with ARY Film awards. It’s good to reward our artist on their performances and we need to reward them because if we don’t motivate our artists they will eventually turn themselves towards Bollywood and still some artists are preferring to work in India Ali Zafar is a great example of it.

Anyways the topic is to provide my analysis and my personal opinion on 2nd Service HUM AWARDS, first of all I want to say that HUM TV should accept the fact that in previous year they had provided audience with loads of crap and hence they didn’t have any options but to include those crappy dramas in nominations. This year seems pretty much impressive in terms of quality because this year they are in competition with ARY and GEO although you can still notice lots of crap but it is less than previous year. I have divided my analysis into parts so here you go:

AWARDS DISTRIBUTION: Well this year the awards distribution was a bit disappointing for me and I found nothing new except that Arij Fatima got the award for best actress in a soap “Aik Pagal Si Larki”. I will not talk about the awards given to fashion designers and awards given relating to music industry. I will only talk about awards specifically given to our actors and actresses. Firstly we will take a tour of viewers’ choice awards. I am 100% satisfied with the awards given to actors and actresses here, Zindagi Gulzar hai deserves the best drama award and so Fawad for best actor and Sanam saeed for best actress. My argument is that why the viewers’ choice awards are limited to best actor, actress, and drama and on screen couple. This should be extended to best telefilm, writer and director. Ok so now coming to jury’s choice awards and we can again notice the biases don’t know why the claimant of awards decided by the jury revolves around same senior actors and we are still not encouraging new talent. As expected the awards for best actor goes to Noman Ejaz as previously and best actress to sania saeed. For best actor the award should be given this time to Imran Abbas for Dil-e-Muzter and for best actress sanam baloch was deserving one for Kankar, her character was indeed very powerful in this drama. It seems like HUM TV got only one sitcom “Extras” by Danish Nawaz and each year they are giving award to the same sitcom, what a waste of award. So as usual awards are pre-anticipated and biased. How boring!

DANCE PERFORMANCES: I think that organisers also knows that people are not getting interested any more that who will win because as I have mentioned earlier this thing is pre-anticipated. So to generate interest organisers are getting more focused to provide entertainment to the viewers by presenting more dance performances. No award ceremony is complete without two to three dance performances. HUM should give special award to Ahsan Khan and Mehwish Hayat because they are the best dance partners I have ever seen and HUM couldn’t be able to find their replacement that’s why in 2nd HUM awards you will be able to see their dance performance again. Although I don’t like dance performance on award ceremonies but if they are being presented to bring more entertainment than dancers must wear full clothes at least. Anyone remember last year Humaima Malick dance performance? Ridiculous indeed is this the culture we are representing? 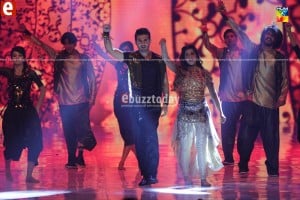 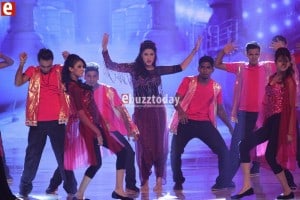 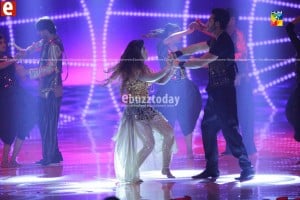 MODERNISM: This is seriously a hot topic here, as Saud have mentioned you can also call me “Mullah” or whatever you want to call me but honestly we are heading towards worst and towards destruction. I mean why actresses are getting so obsessed to wear half sleeve and off shoulder skirts, seriously if getting naked is modernism than animals are more modern. We are stuck in two extreme ends on one hand we are religiously extremist and on the other end we want to become westerners by following their footsteps to wear half clothes. Where is decency and modesty gone? Kissing and hugging seems to be no problem at all and by doing this our artists are showing that how modern and broadminded we are. Oh who told them by doing these cheap stuffs they will become broadminded. Western people are broad minded in a sense that they do not bother what are you doing or where are you going, they don’t interfere in your lives and they mind their own business and we cannot pass our day by criticizing others. Our country is full of wannabes who only copies bad stuff from the west but never try to copy good stuff. 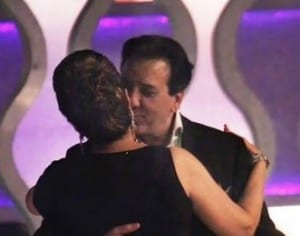 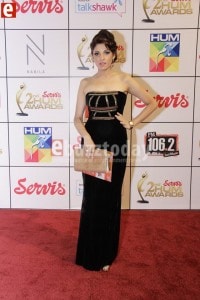 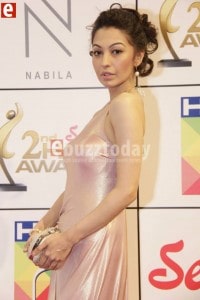 DECENT ACTRESSES NOT TURNING UP: Well it will not be true to state that all actresses are going out of their limits, we have still got some actresses who knows their limits. One thing that I have particularly noticed that decent actresses either turn up not at all or if they turn up you will notice decency in their dressings. Sanam jung and Sajjal Ali is a great example, in this award you can notice both of them in decent dresses, other actresses who are trying to be cheap must learn from them. I have never noticed Ayeza Khan appearing in any awards although she never gets nominated but as a popular actress I am sure she must have received invitations. She is a great example of decency, you will hardly see her even wearing sleeveless. I only saw Sanam Baloch in 2nd Pakistan Media Awards and in that ceremony she only came to receive award for her performance in Dastaan in a simple black Shalwar Kameez. Arij Fatima won the award for best actress in soap but she was not present as well. I never saw Ayesha Khan as well hope she will appear in ARY Film awards. 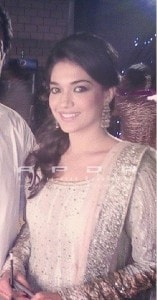 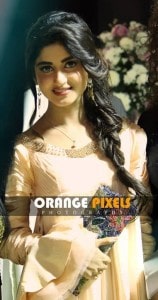 So do you agree with me if not then please provide your argument but please argument must be related to the topic only.