Naimal Khawar Has A Special Message For Her Fans

Naimal Khawar is a Pakistani actress. She portrayed the role of Izzah in Hum Tv’s ongoing romantic drama Anaa. Her spectacular acting and strong performance earned her a lot of respect, love, and appreciation from the audience. She became a popular actress in a short span of time. 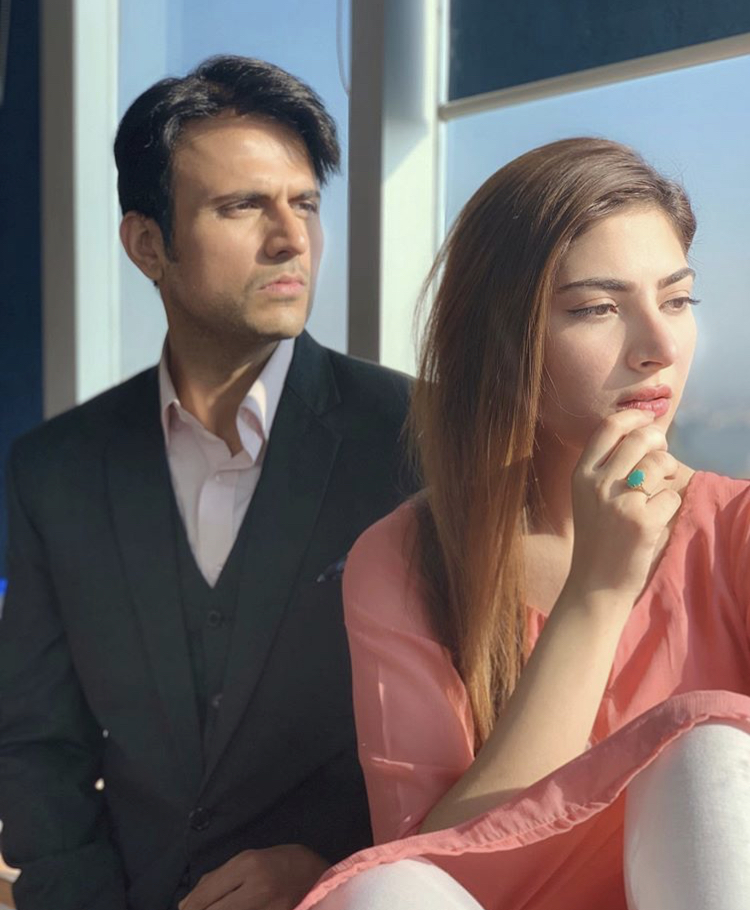 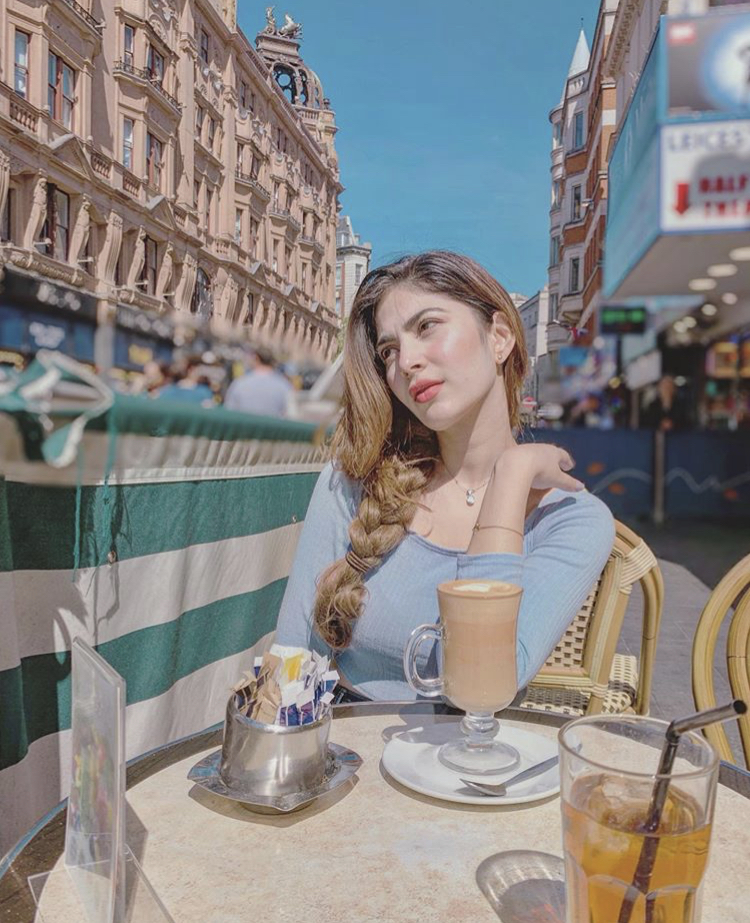 Naimal Khawar is getting married to a handsome Hamza Ali Abbasi on 25th of August. Wedding rings have begun as it’s Naimal’s mayun today. 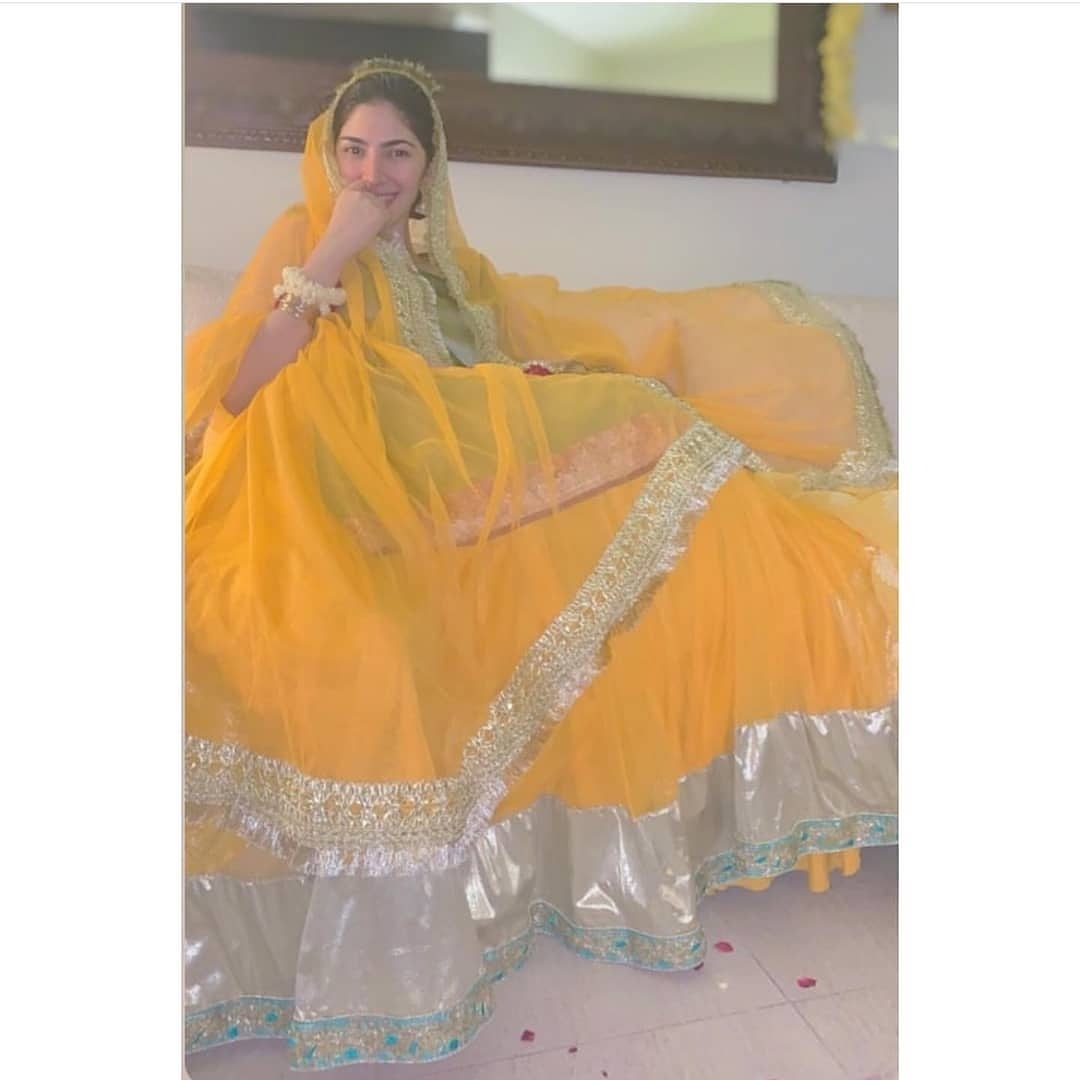 While everyone is busy enjoying her mayun, she posted on her social media account that Anaa was her first and last television drama. Her fans won’t be able to see her on-screen from now onward but will be seeing a lot of her paintings and exhibitions. For Naimal, her painting is her first priority and passion. She thanked all her co-stars whom she has met in a short endeavor. 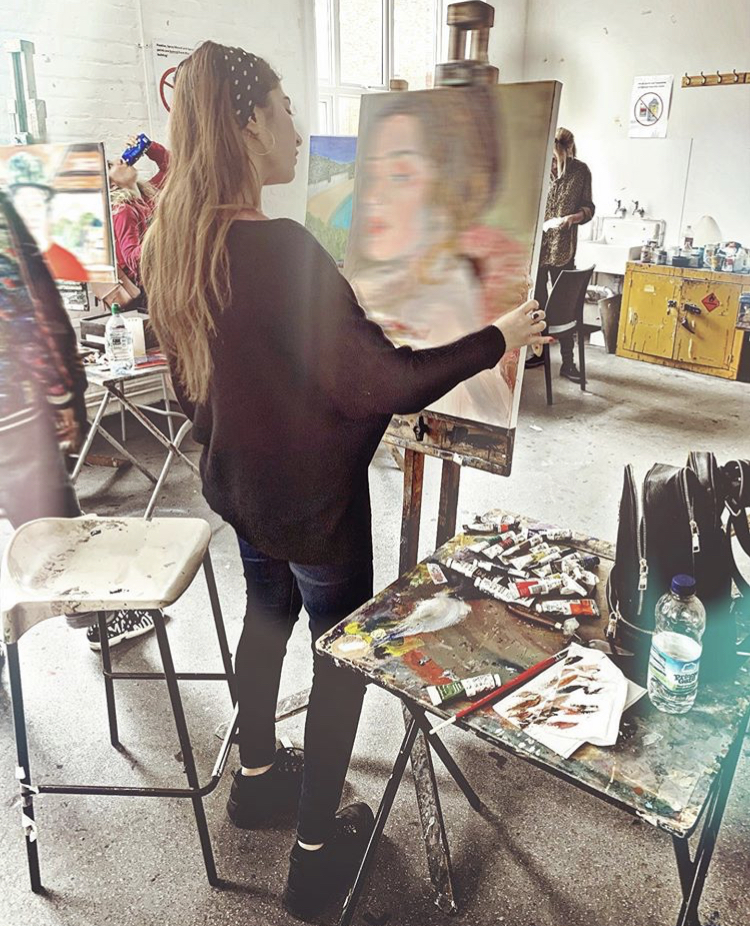 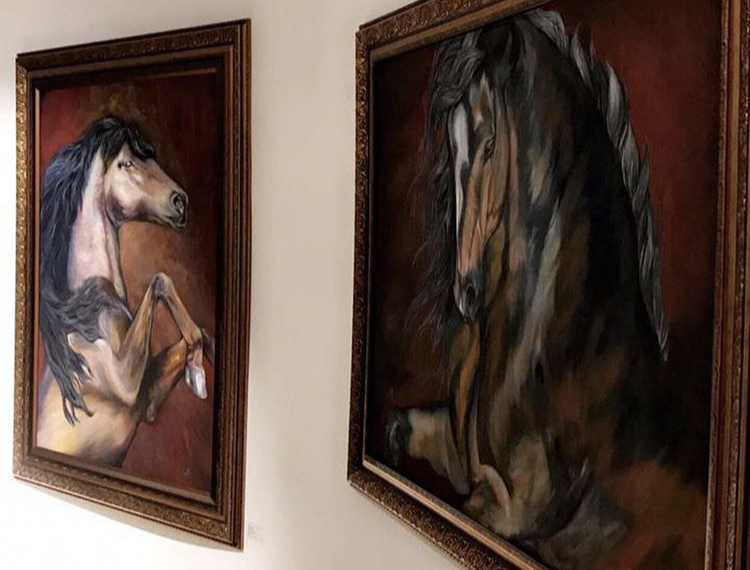 Naimal bids farewell to her short acting career in order to pursue her art. 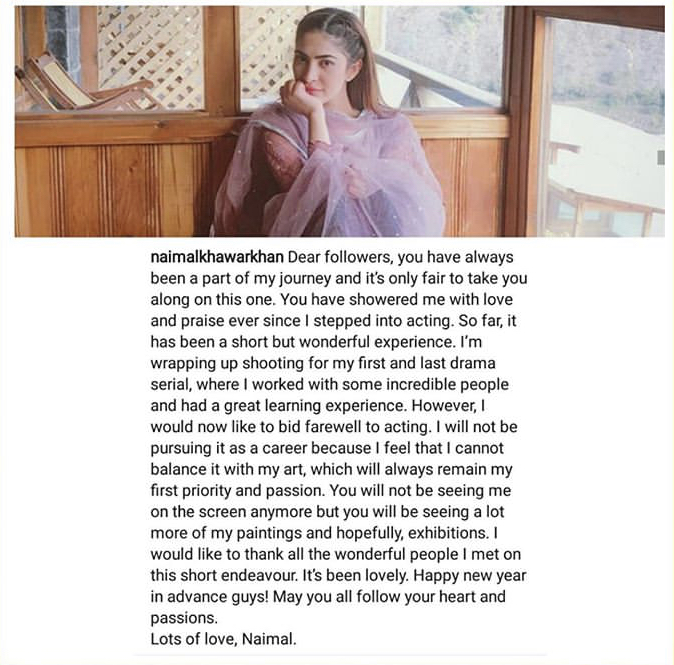