Famous morning show host Nida Yasir and director Yasir Nawaz along with their daughter Sila Yasir tested positive for CoronaVirus. Their sons Fareed and Balaj had not contracted the virus and were fortunately safe. After testing positive, Nida, Yasir and Sila went into self-isolation and started communicating with their fans and followers through social media giving answers to some of the questions that were being asked related to the virus.

After 14 days of self-isolation, Nida Yasir and Sila Yasir’s results came out negative but Yasir Nawaz’s results still showed that he was Covid positive, although he had recovered fully but as per the doctors, it does take time for some of the patients to have their results come back negative completely. In the name of a morning show, Nida Yasir has a huge platform and now, she has put other regular programming on hold and is now dedicating all the shows related to CoronaVirus. Nida Yasir herself has had a firsthand experience with the disease, therefore she knows it is absolutely crucial for her to take advantage of her morning show and use it to spread awareness to regular people. This is a good initiative taken by Nida Yasir and the team of Good Morning Pakistan because now when Nida will speak about Coronavirus, she will be speaking through her personal experience and audience will not only listen to her but will also find her relatable. 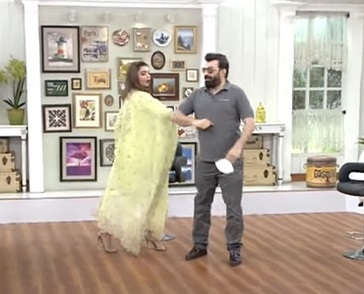 Nida Yasir is now inviting health experts to her show, who are giving out useful tips on how to strengthen the immunity system of the body to prevent themselves from contracting the virus. The program also has a lot of tips for those who have tested positive and are fighting the virus. Nida Yasir and Yasir Nawaz conducted a show in order to share their experience and all those tips that they feel worked for them, this is a good way to encourage people and give them the assurance that they are not alone in this and can fight the battle strongly with the right approach.

Here are some of the useful tips Nida Yasir and Yasir Nawaz shared after defeating Coronavirus:

Say No To Diet

The first and foremost factor that was established all over the world was that in order to fight Coronavirus, having strong immunity is of utmost importance. Nida and Yasir explained that dieting causes a lot of weaknesses in the body and in order for the immune system to be strong, it requires a balanced and well rounded diet. Nida and Yasir have lost a lot of weight over the last couple of years, therefore they spoke about how they had skipped rice and wheat out of their diet. They were consuming bare minimum to maintain their weight, which made their immunity system weak and prone to contract the virus. 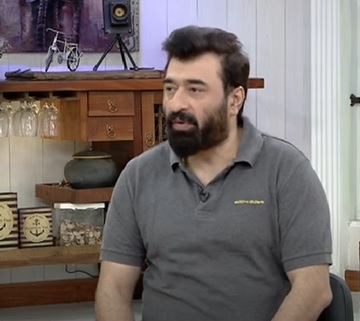 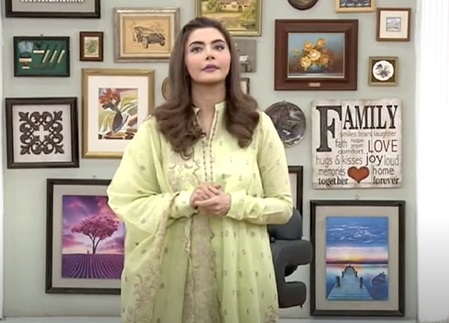 Yasir Nawaz shared that he had downloaded Surah Rehman in his mobile phone and he made sure to disconnect from the entire world and listen to it regularly in complete seclusion. He said that he could feel it working on his mind and body. Yasir Nawaz also emphasized that developing a connection with The Creator is also going to help put things into perspective and give the inner peace which will be beneficial. 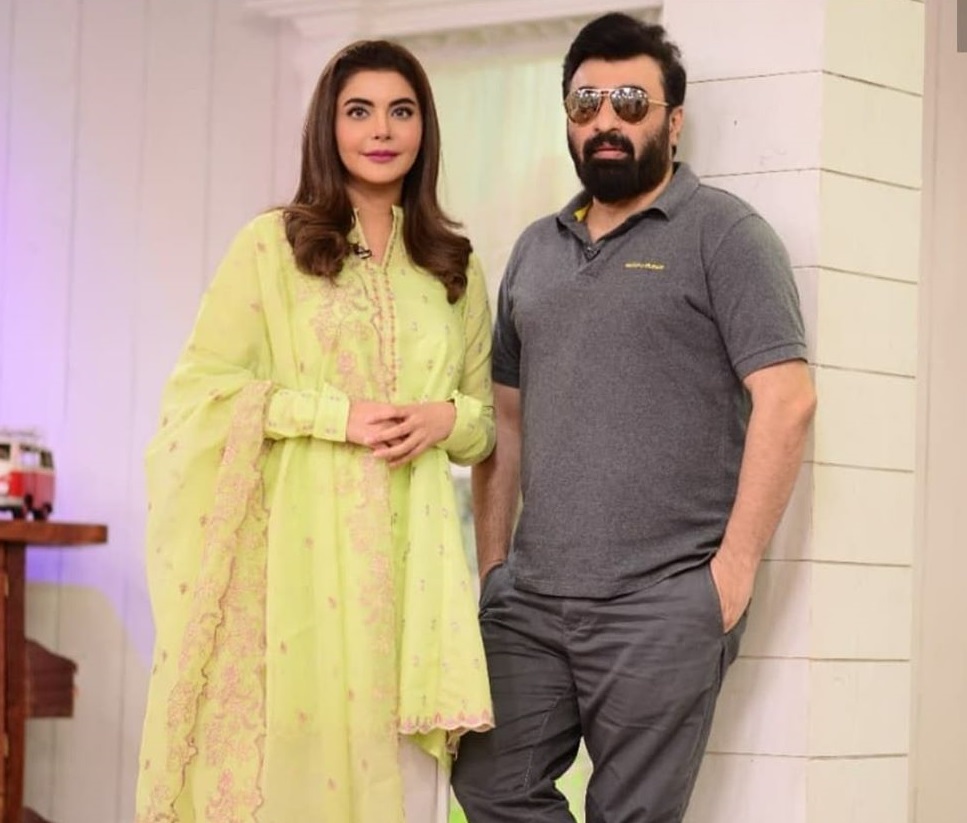 Mental peace also plays a major role in strengthening and weakening the immunity system. Yasir Nawaz keenly emphasized on the fact that while observing self-isolation one should avoid watching such content or news that spreads depression and sadness. He continued to say that usually fear mongering causes distress which is the last thing a person fighting coronavirus should come across.

Yasir Nawaz spoke about how they would usually watch something comic and light-hearted to keep himself engaged, which helped him a great deal in keeping the mind off the negative thoughts. He could feel that it was helping him in staying distracted and not worry too much. Nida Yasir spent her time watching the famous Turkish series Ertugrul, another good content worthy of your time and what better way to utilize it watching something so interesting and informative.

Avoid Exercising If You Have Contracted The Virus

Nida and Yasir shared that the doctors they were in contact with told them not to exercise. The reason being that while fighting corona, the body is already under stress and doing so much, therefore during these times, it is better to just relax and go into hibernation and not put the body through so much strain. Usually exercise causes the immunity to get stronger but this was in the case when one gets infected.

Nida Yasir continued to emphasize that diet and proper food intake was the key factor in fighting coronavirus. After contracting the virus, Nida realized how important it was to have a good and balanced healthy diet because food plays a major role in aiding the body to function properly. Nida and Yasir consumed a lot of proteins, eggs, lentil soups, meat and all these items that were rich in protein. Seasonal fruits such as mangoes also became a part of their diet because they were rich in vitamins and contained a lot of fiber. 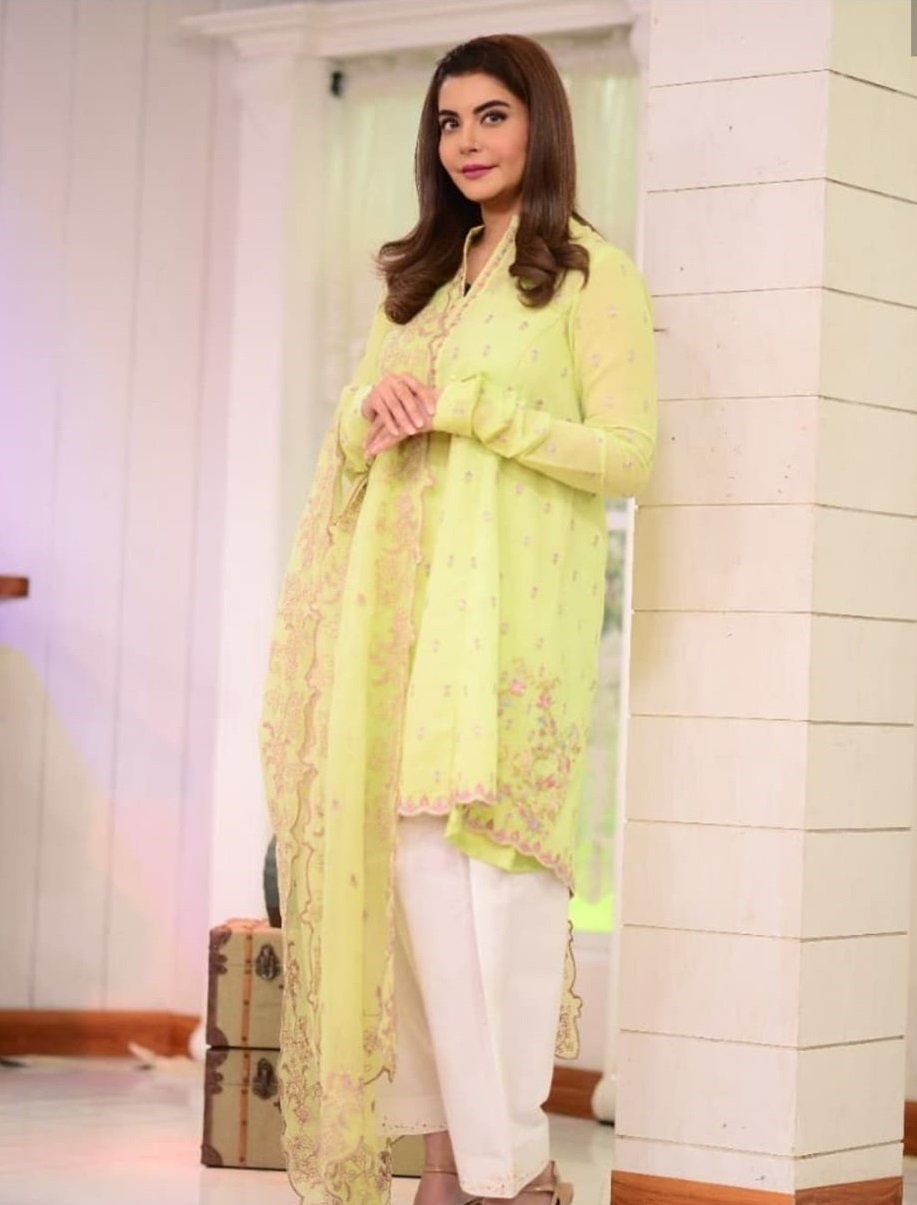 Nida Yasir shared how after recovering from the Coronavirus, she drank a bottle of fizzy drink and had ice cream because she craved it. However during the time when she was in self-isolation, fighting the virus, she only consumed a lot of hot beverages and did not do anything that would worsen her condition.

Vitamins and Zinc Are Important

They used to make sure to take Vitamin C and D tablets, along with zinc to help the immunity system to get stronger. Nida and Yasir shared that as much as eating the right kind of food was important, there was no denying to the fact that medicines were necessary to be taken and were an important part of their daily routine.

The Senna leaves tea should be consumed and Dr. Bilquees also shared how it should be boiled for it to be effected. Black seeds should be chewed for them to work and work in correspondence with the enzymes present in the mouth to have a positive effect on the body. The food intake should be categorized by colors, such as blacks, whites, greens and the colors of the fruits. The 5 color food intake is important and gives the margin of a well balanced diet. Ginger slices should be consumed every 4 hours, a very thin slice is more than enough.

These were some of the useful tips Nida Yasir and Yasir Nawaz shared after defeating Coronavirus. They are speaking about it with utmost emphasis and sincerity because they know a lot of people are in the same boat, therefore such tips are only going to help and guide the people who are battling Coronavirus.