No To Cultural Invasion

Our elders say that when they were young, there was a fixed time for news, cartoons and drama serials but today our television has so many channels and one can watch whatever he desires at whatever time he wants to. Previously there was only one channel and the dramas started at 8pm. They used to be family dramas and everyone watched them together but now the scene is totally opposite. Not only this but whenever any actress wore sleeveless it was considered shameful but today only the side roles are given to the girls who dress decently. As the time has passed and the world has become a global village, new and modern dramas are being aired on Pakistani channels. Nowadays we do not need to buy any dishtv connection because our own channels show the programs of India and Turkey. In this article I am going to focus on this increasing trend and its effect on the young generation of Pakistan.

While writing on this topic an incident came in my mind, just a week back I went to a friend’s place some kids were playing outside her house. I heard those kids talking to each other that lets play a game you become my ‘pati’ and I will be your ‘patni’. I was shocked to hear this, at first I thought they must be Hindu so I went and talked to them. At that time I got to know that they were Muslim children. Just think about the effect these dramas have caused. Instead of promoting our culture we are promoting the culture of other countries. Some children ask their parents that why doesn’t Islam has so many religious festivals? Why do we only have Eid when all the Indians have Holi, Diwali and what not? Frankly speaking, parents do not have any answer because these days parents also have forgotten the teachings of Islam. The elite class of Pakistan does not even know Ayat ul Kursi then what do we expect. The simple and precise answer to this is that Islam is a very simple religion and our Prophet was not involved in such activities so we should also not be a part of them. 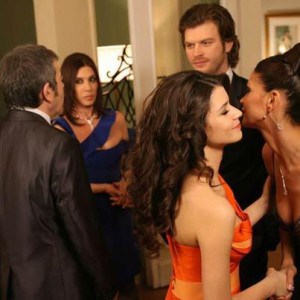 Coming to the Turkish Dramas, although Turkey is a Muslim country but it is much more liberal then Pakistan. The Turkish dramas display European norms and traditions which are not acceptable in Islam or in Pakistan. The innocent Pakistanis ignore it by saying that these dramas are of a Muslim country but little do we know that this country is fully influenced by Europe. At one side we are showing our children the Hindu culture and on the other side we display European norms through the so called Muslim country dramas. Look at the education we are providing them with. There are some parents who know the effect of these shows and they add up privacy locks on these channels for the betterment of their children. Our TV channels just air these non Pakistani shows to increase their TRP and revenue. The channel owners do not have to pay for anything this is why they take such choices. Even though Pakistani dramas are also bold, we also have dramas that show call girls, abortions and what not but still it is censored and the dressing is acceptable. Apart from this we still have some lesson in our dramas that show our culture. 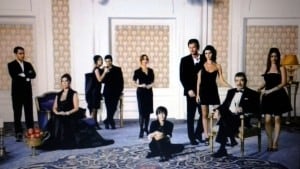 These shows are creating a class difference among the children. Nowadays children make friends who are rich without even thinking about their background. The Turkish dramas display the use of alcohol, abortion and many other topics that are bold and not suitable for children. My point is to give awareness to stop promoting other countries culture and instead we should promote our own culture. Dramas should be made on bold topics but at the beginning they must show a note that children of particular age groups must not see. This is what I believe is not right, tell me your point of view in the comment section below. We have so many problems still pending without any solution so here also we have to take an initiative ourselves. Every parent must know what their children watch on TV and these dramas must not be seen when young kids are around you. With one little action the chain reaction will never stop. We just have to shine a light and send it on, if you know what I mean.