Nouman Habib appeared as a guest on several morning shows with his family. Recently, Nouman and Saud along with their family were spotted at Good Morning Pakistan. Javeria Saud, Nouman and his wife played different games to entertainment their audience. The whole team of GMP arranged a baby themed set to welcome Nouman’s little daughter.

Here are some of the beautiful clicks of Nouman Habib with his family on the set of Good Morning Pakistan. Have a look! 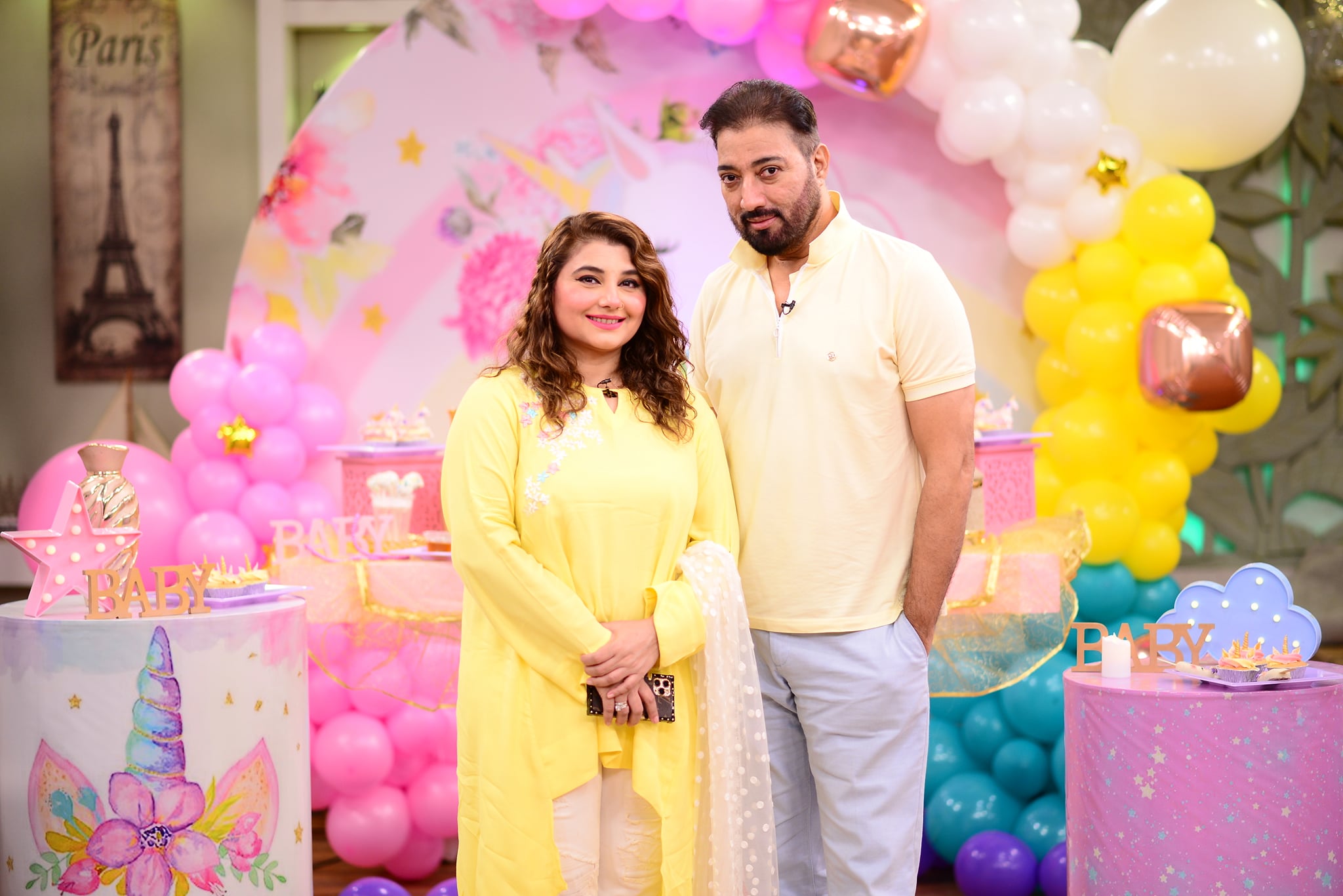 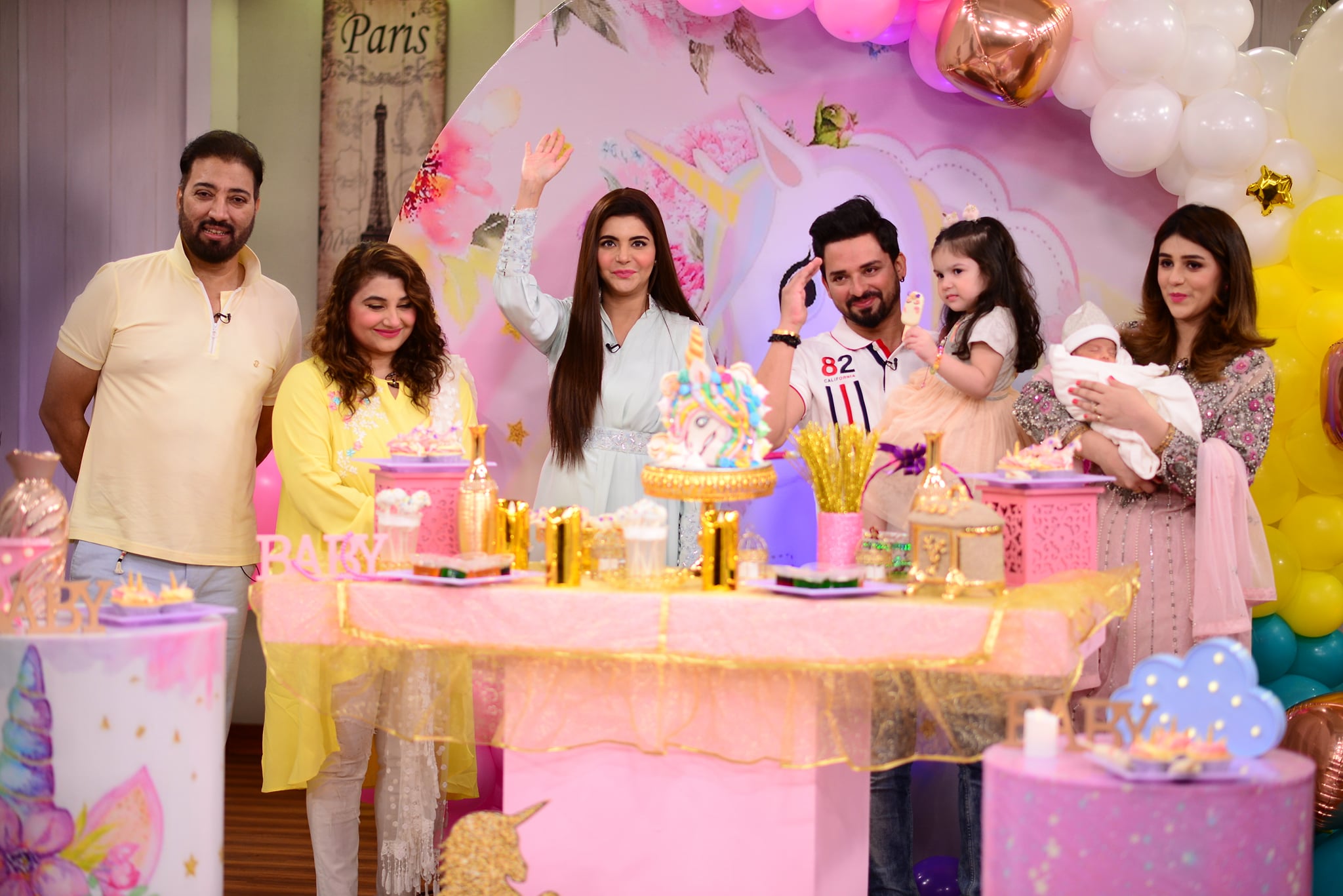 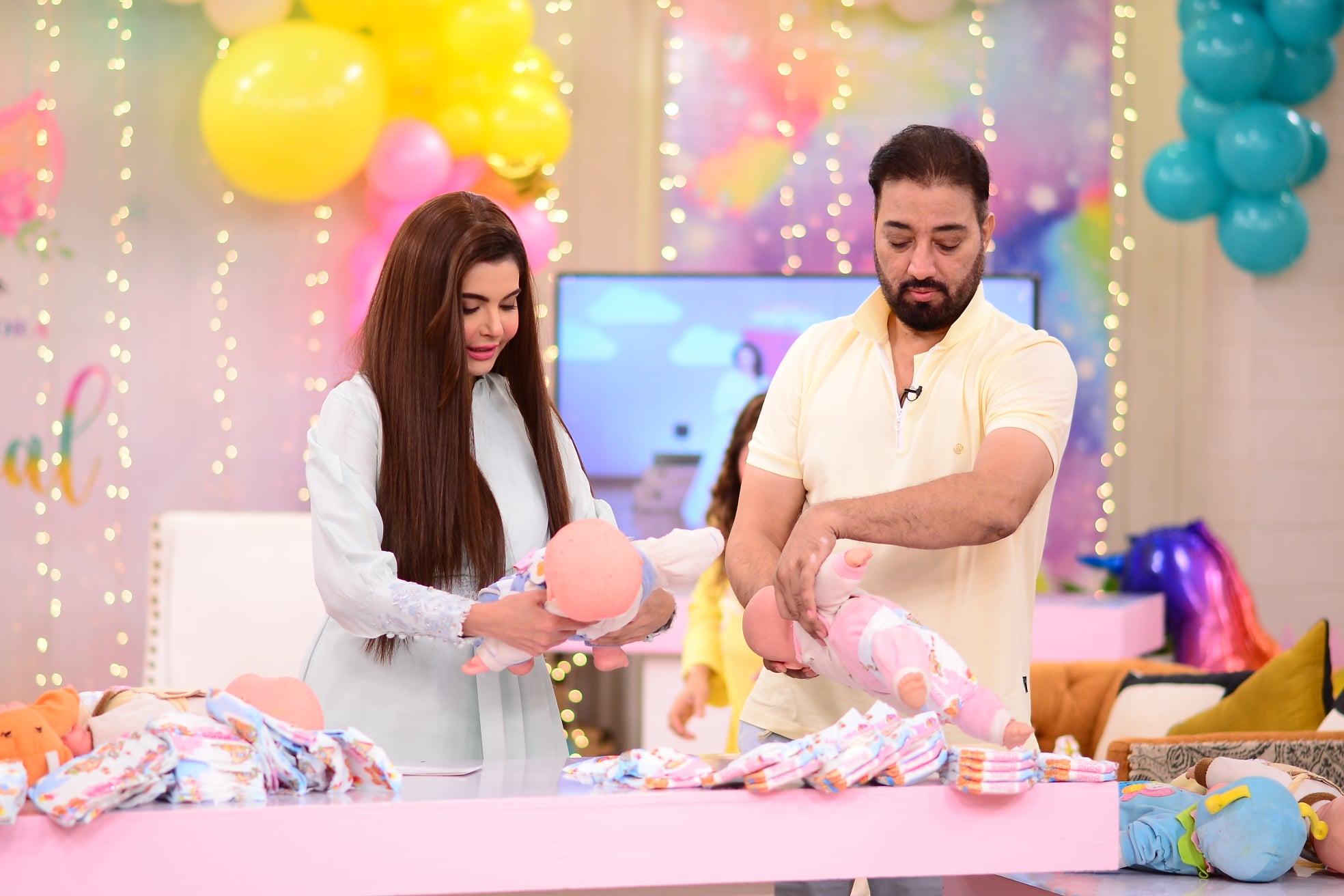 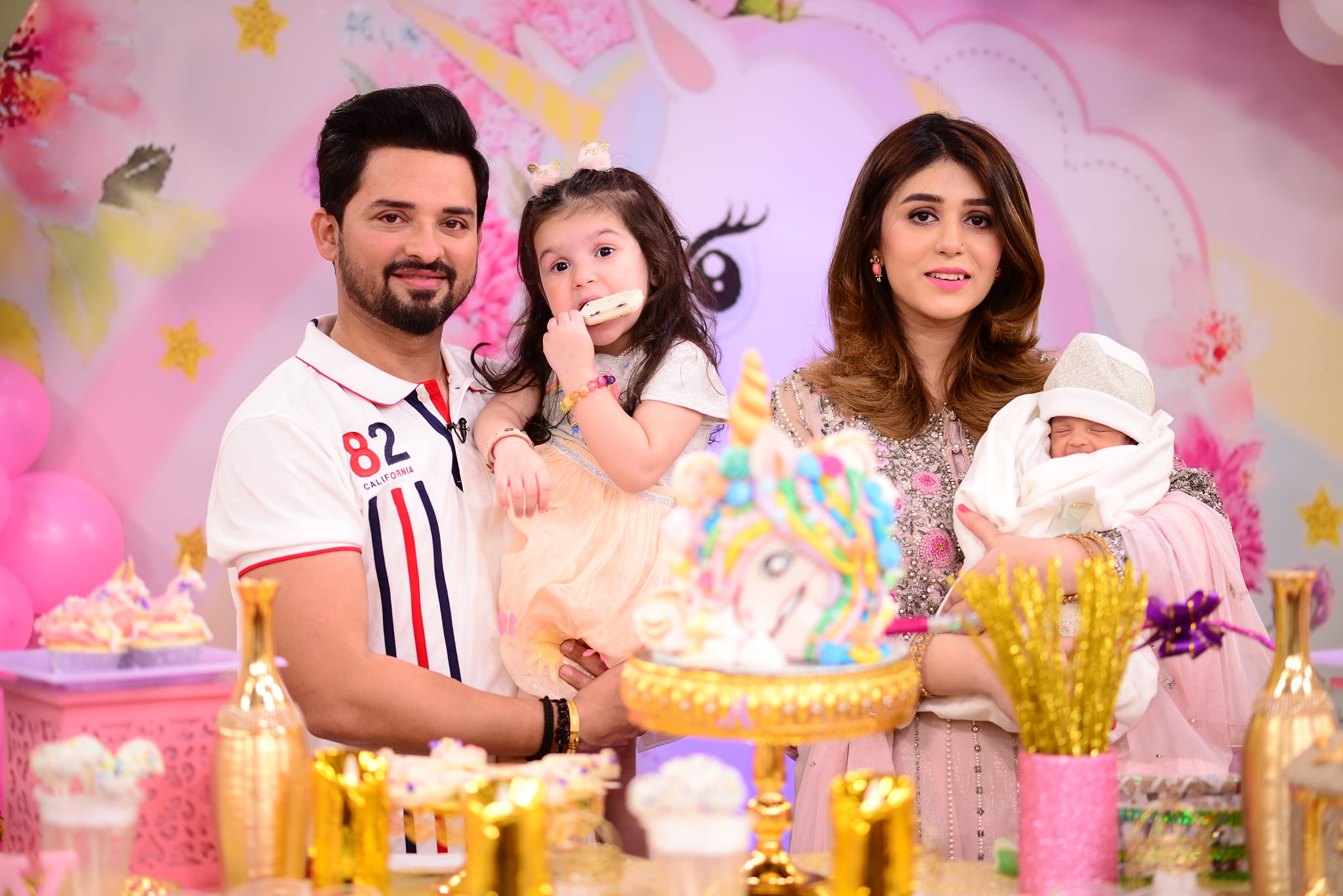