Pakistan has been grappling with problems with law and order and particularly with violence against women. We have been seeing all forms of violence being committed across all strata of society and then perpetrators going unpunished. Recent example is of Noor Mukadam’s horrific murder in Islamabad and even after such uproar, the criminal Zahir Jaffer is still not punished. We Pakistanis raise slogans and hashtags of Justice For Someone every other month and things never change. The latest victim is Sara Shahnawaz who was brutally murdered by her husband in Islamabad. 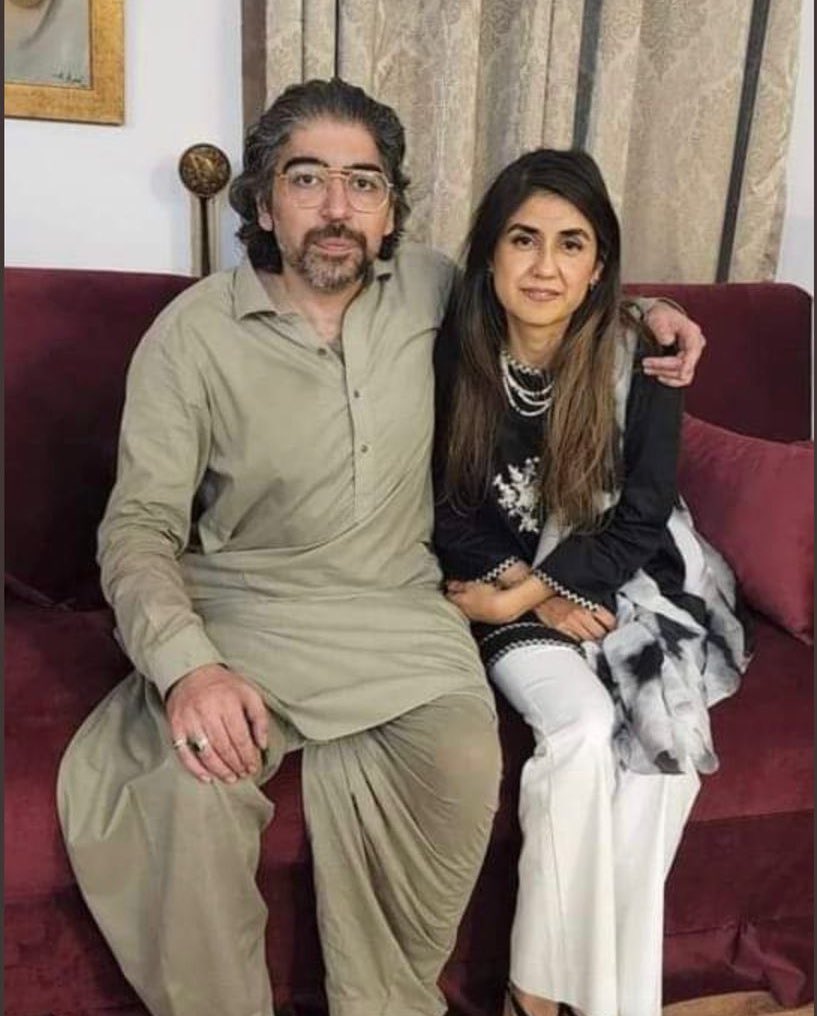 Sara Shahnawaz is a Canadian national. She met her husband through social media and they both got married just three months ago. Her husband is the son of famous journalist Ayaz Amir. She had just come back from abroad when her husband killed her by hitting her with gym dumbbells. Shahnawaz has been arrested by the police. The whole nation is once again demanding justice for Sarah and celebrities are not behind either. All of them demanded justice for Sarah while raising the concerns over Zahir Jaffer still not getting the deserved punishments. Here is what they had to see: 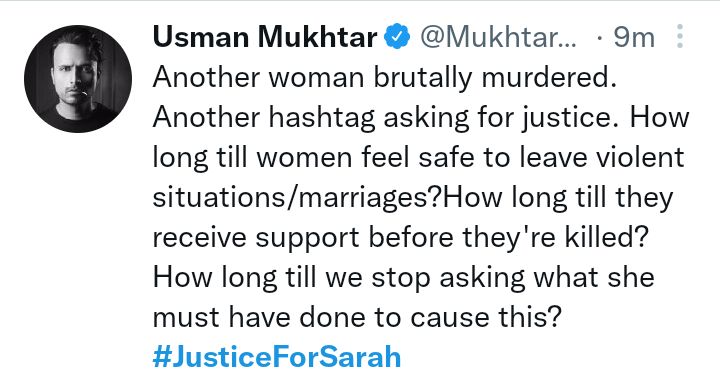 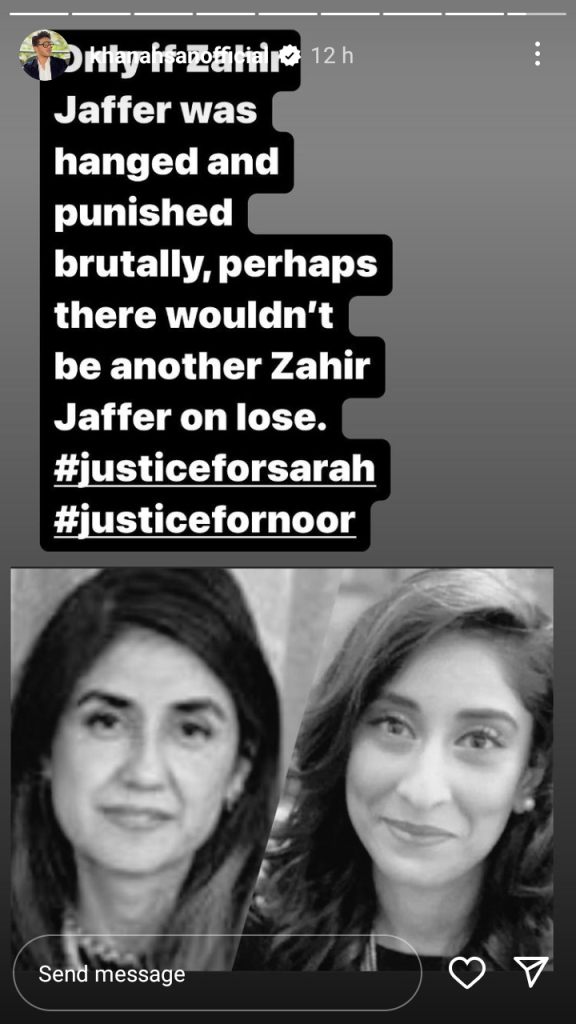 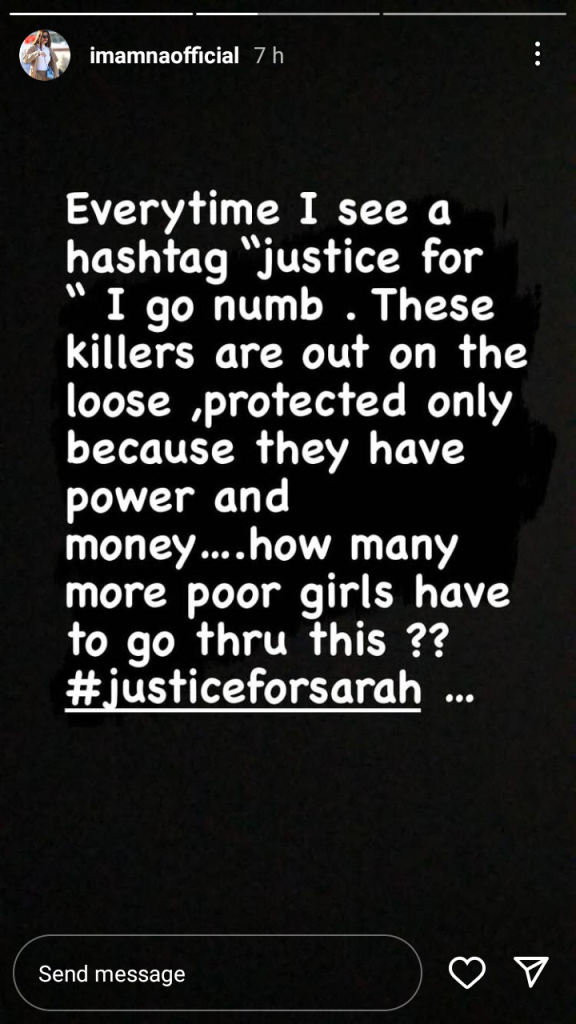 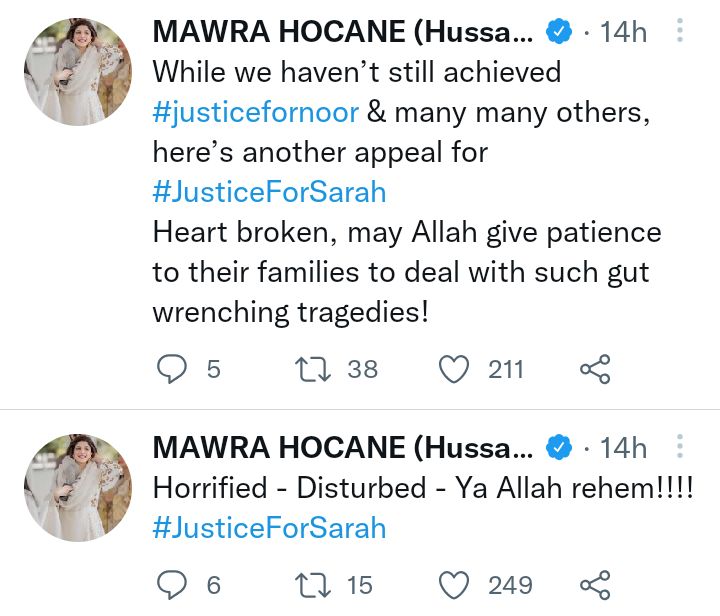 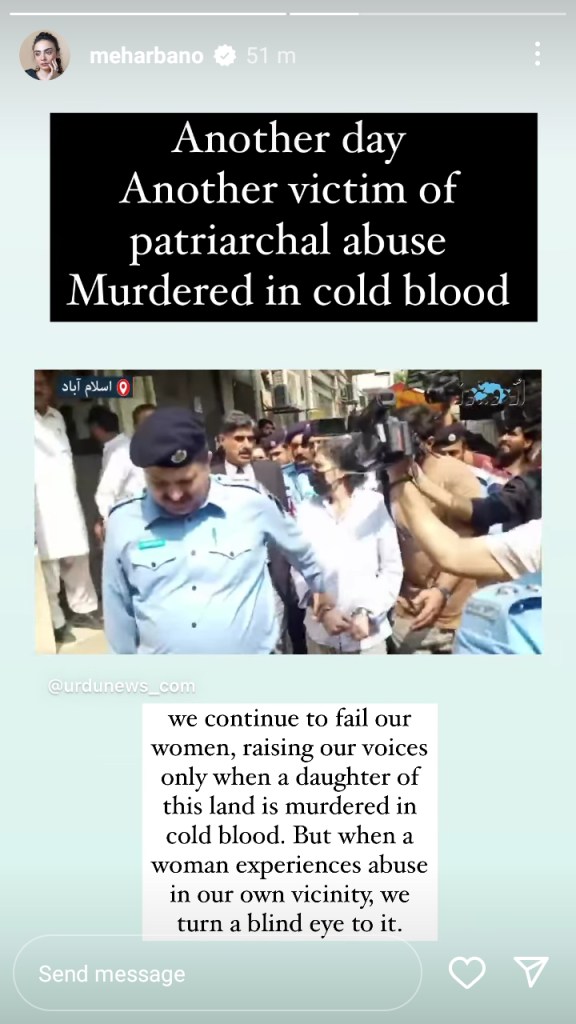 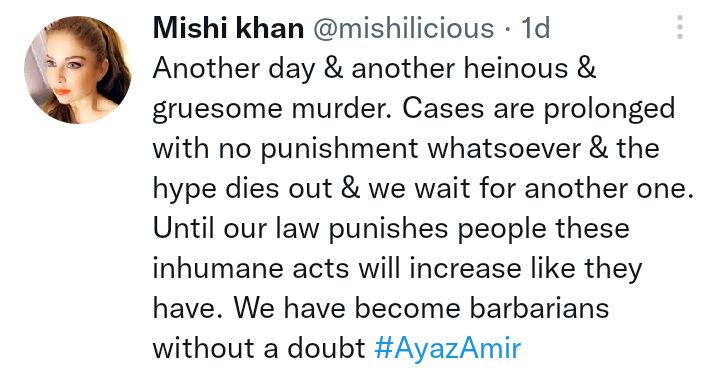 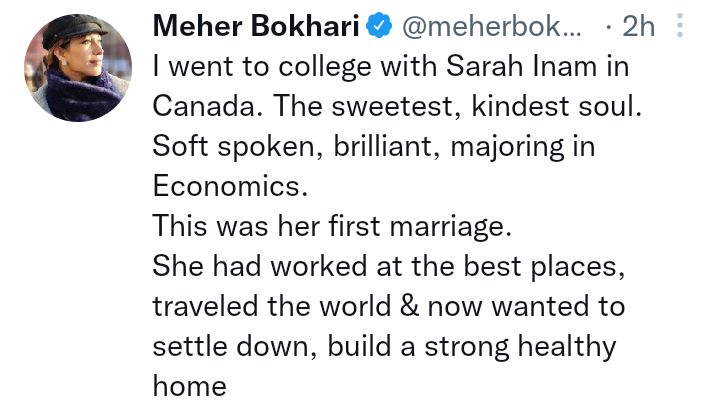 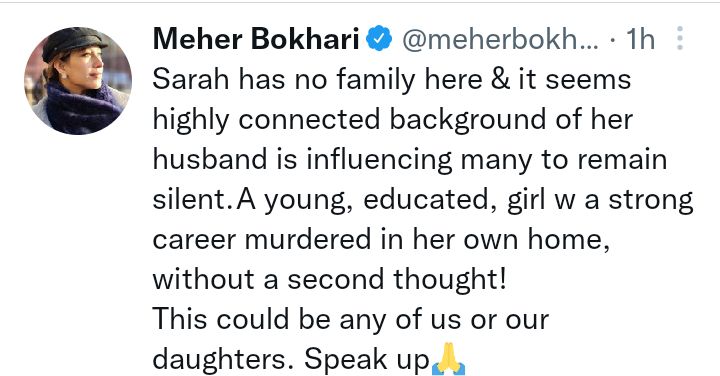