Prominent Indian Singer and composer Bappi Lahiri passed away. He has composed and sung thousands of hit Bollywood songs, a lot of his hit songs became recognition of many superstars.

According to the Times of India, a source quoted, “Lahiri had been admitted to the hospital for a month and was discharged on Monday but his health deteriorated on Tuesday and his family called for a doctor to visit their home. He was brought to the hospital. He had multiple health issues. “He died due to OSA (Obstructive sleep apnea) shortly before midnight,” the source added.

Lahiri is best known for his films, ‘Chalte Chalte’, ‘Disco Dancer’, and ‘Sharaabi’. He was also acknowledged for his signature look which was consisted of gold jewels around his neck and sunglasses.

Lately, Pakistani celebrities are extending their condolences on the death of the great musician. 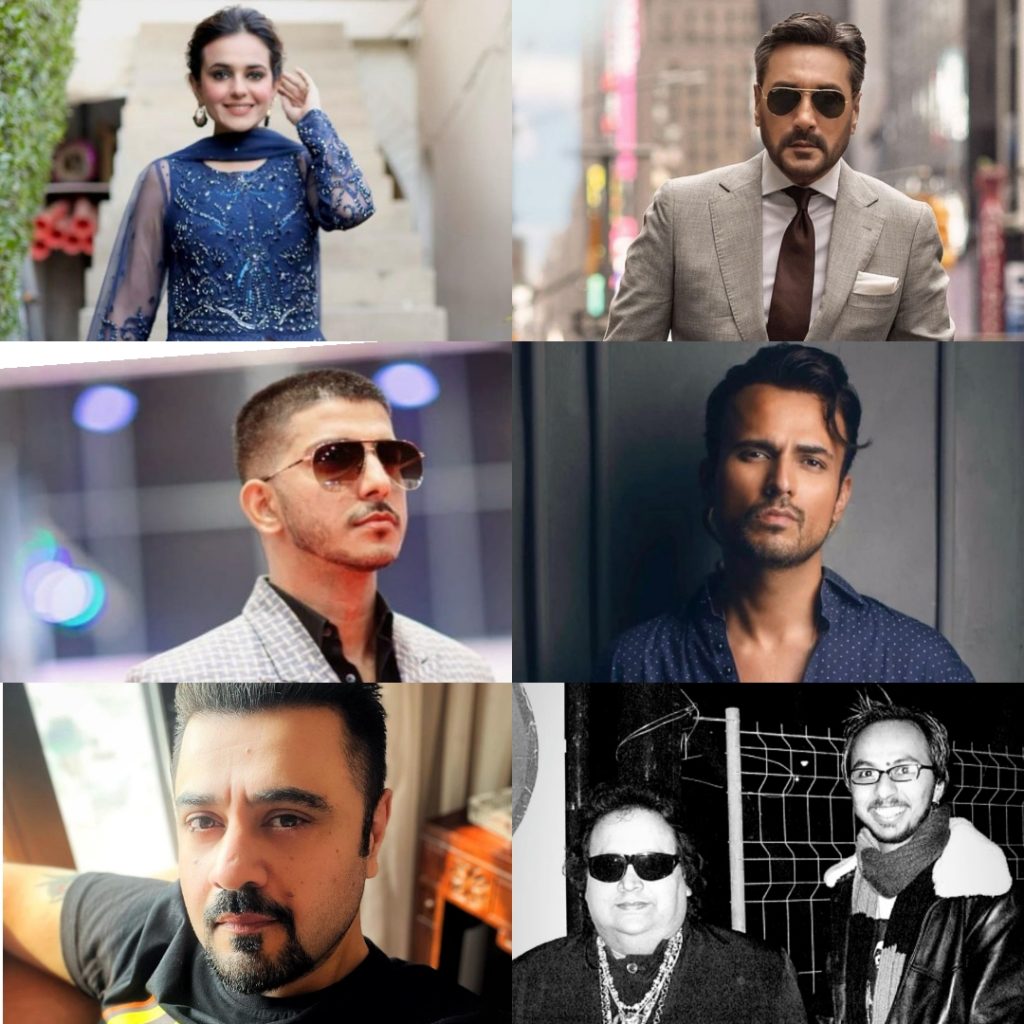 Adnan Siddiqui, Ahmed Ali Butt, Mohsin Abbas Haider, Usman Mukhtar and Model Sofia Khan expressed their grief on the end of a musical era. They were of the view that the singer has entertained and graced their childhood and youth with hit songs. Here are all grieving prayers. 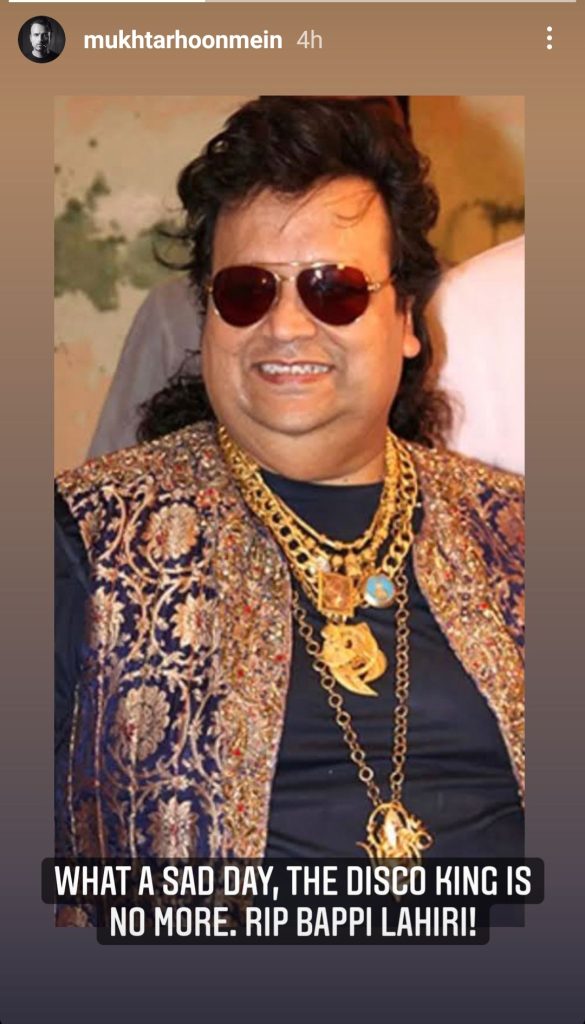 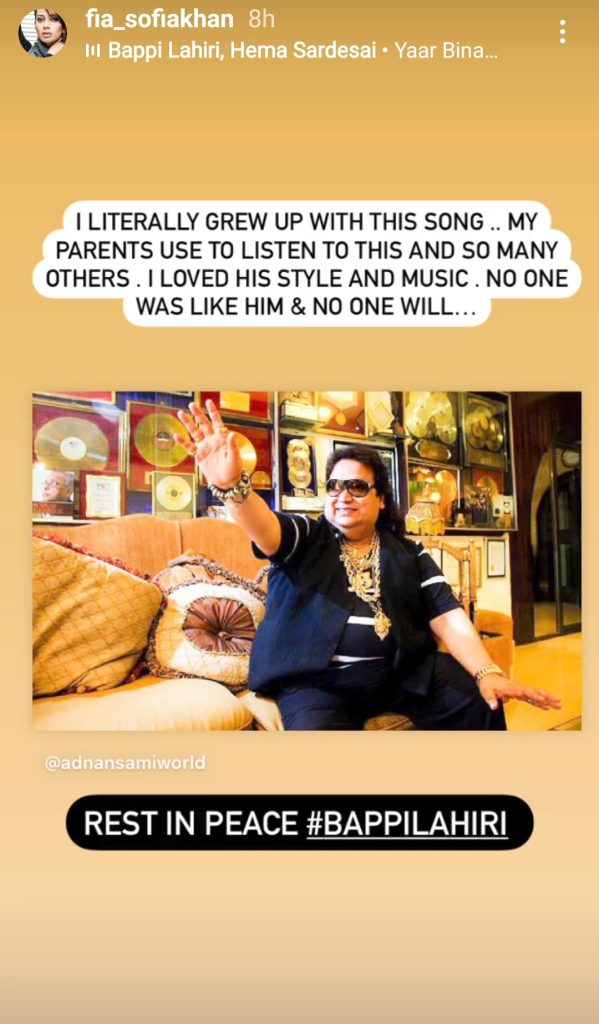 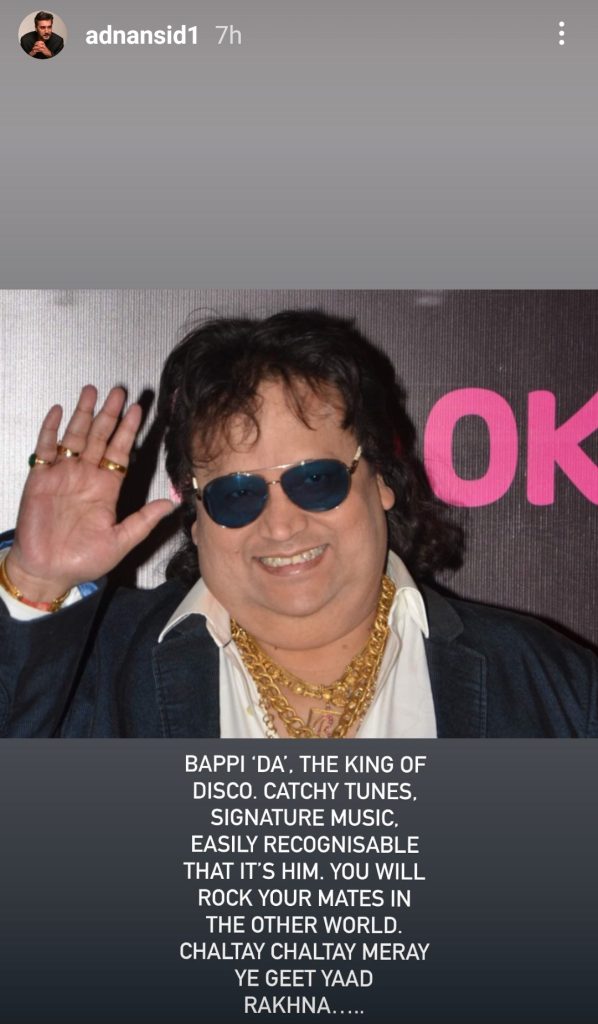 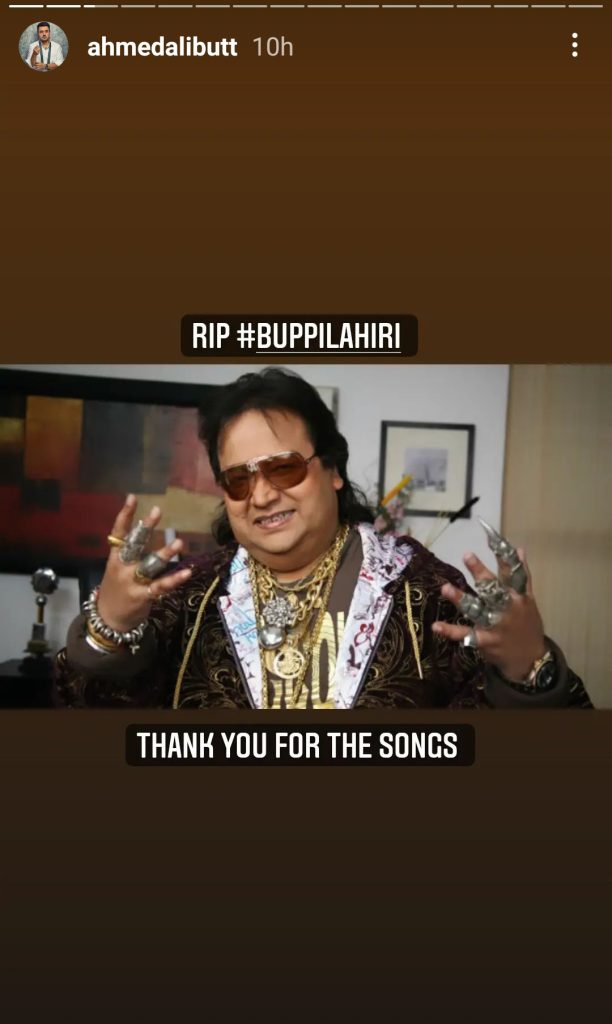 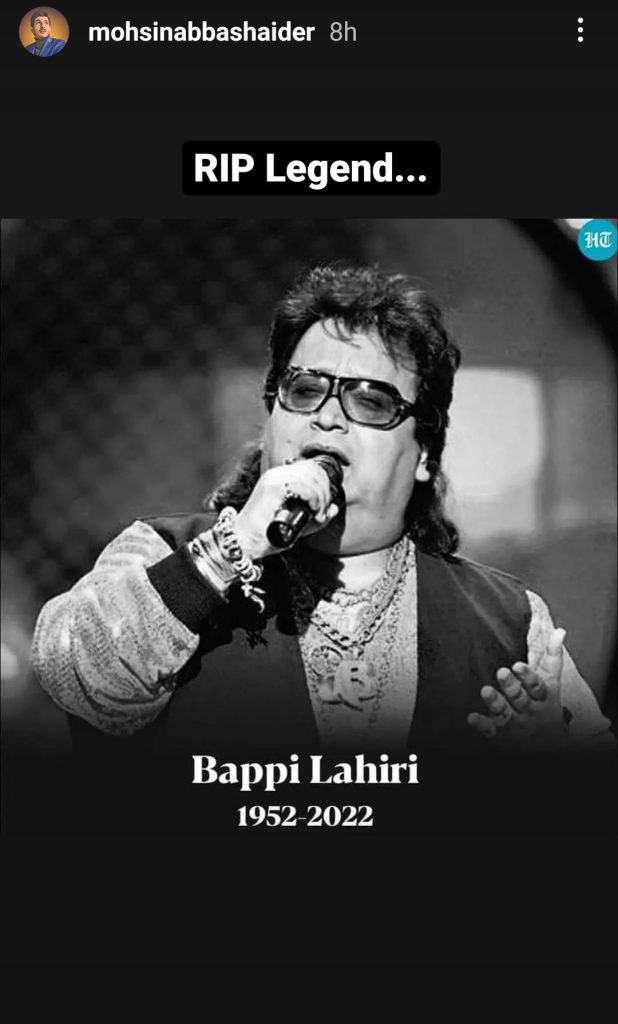 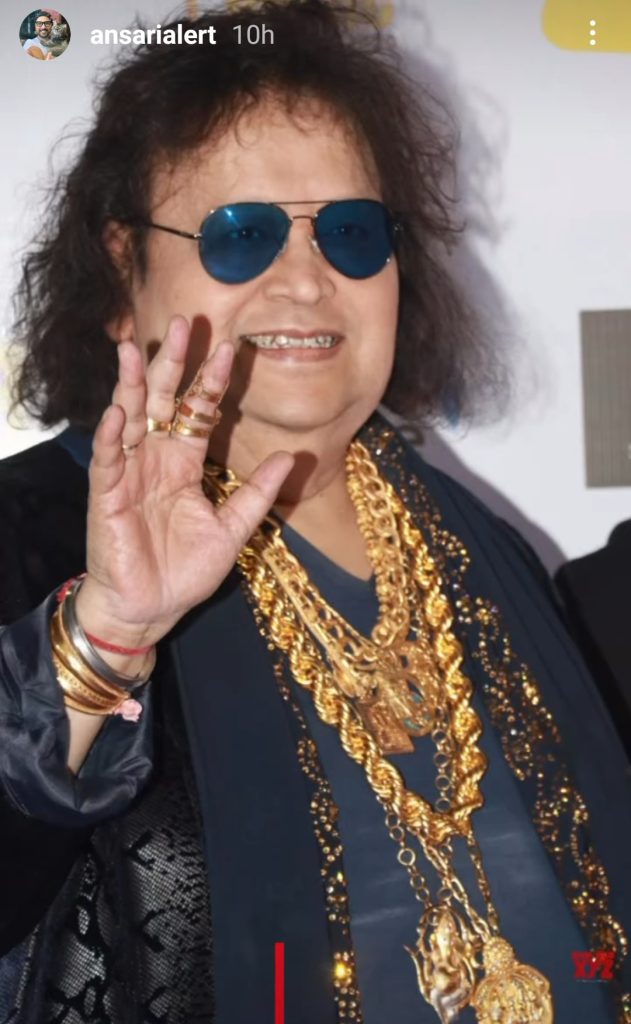 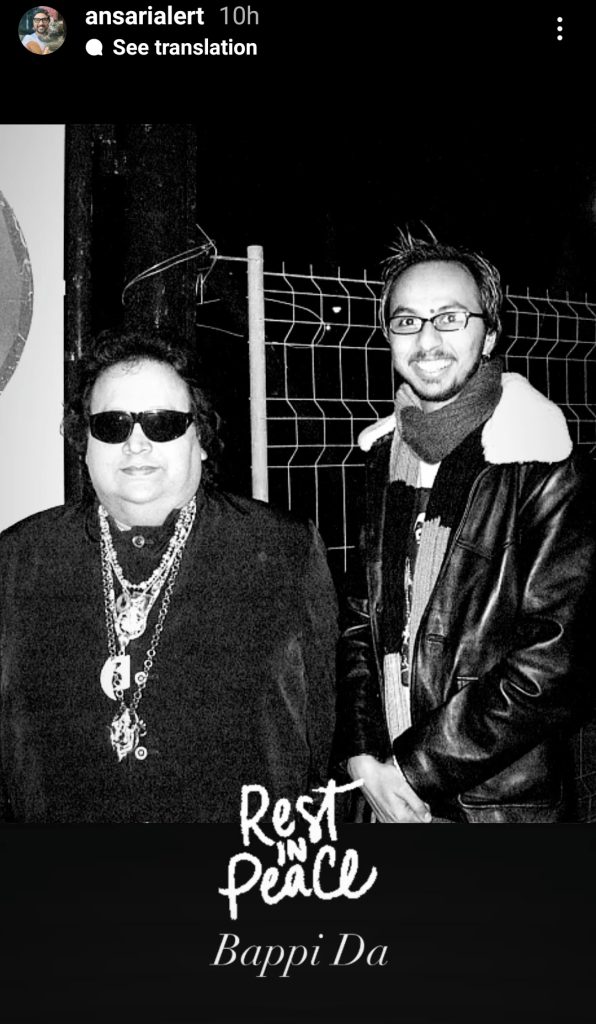 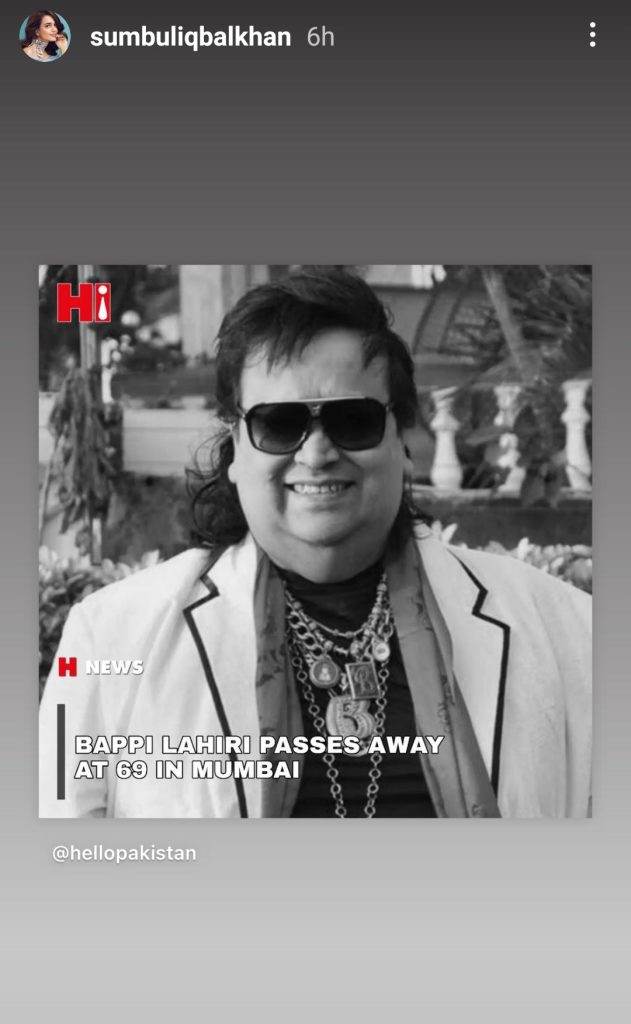