The world has finally coped up with the pandemic. Life is getting back to normal. The showbiz industry got affected the most during the lockdown. Especially in Pakistan, where the industry is still in the struggling phase, this pause has created a lot of back impact. The cinemas have finally been opened.

After a couple of other production houses have released the trailers of their films. Showcase films owned by the famous Wajahat Rauf have dropped the teaser of the much-awaited movie “Parde Mein Rehne Do”. Hania Aamir and Ali Rehman Khan will be seen playing the leading roles in the movie. From the teaser, we got an idea that the movie will be having the flavor of all spices. It will be a rom-com full of entertainment. “Parde Mein Rehne Do” will be touching a social stigma as well as revealed by the cast earlier.

Let’s have a look at the teaser of the movie:

Let’s have a look at what people have to say about the teaser of “Parde Mein Rehne Do”: 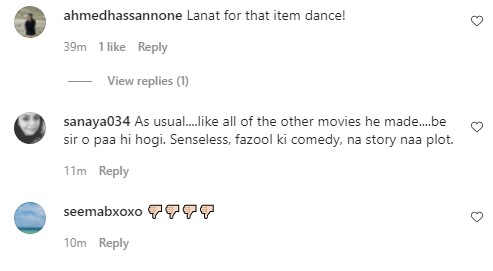