Parizaad’s journey continues to be marked with major changes in the main protagonist’s personality in particular. Tonight P Z Mir truly came into its own and it would be safe to say that Parizaad’s transformation from a young lost boy to an underground Don is now complete! The gradual and convincing changes in Parizaad’s personality have to be the best aspect of the drama so far. This drama continues to be unpredictable to an extent that sometimes it really takes time for me to get used to the new twists and turns in the story. The writer was definitely thinking out of the box while writing this script. The contrasting aspects of Parizaad’s personal life and business world were more apparent than ever in this latest episode. Parizaad is in love once again and Annie’s dialogues also suggested that she might feel more than just reverence for Parizaad. There were also certain surprises in store tonight which gave me a reason to look forward to the next episode.

Tonight’s episode opened with Naheed’s husband pointing out the changes in her behavior. Apparently, someone as shallow as Naheed also considered self-reflection after being rejected by someone she had always taken for granted. While this reaction made sense, I felt that this opening scene was not impactful enough. All of Naheed’s scenes with her husband so far did not suggest that she was a headstrong woman who did not let this man do what he wanted to. From her first pregnancy till date Naheed always came across as someone who had resigned to her fate and was most often seen accepting her husband’s irrational behavior more than once. Also, this was perhaps the only ‘normal’ interaction between her and her husband ever since their track was reintroduced in the story therefore it also came across as somewhat odd. I always felt that Naheed’s husband stopped noticing her altogether a long time back therefore his comments were difficult to connect to.

The rest of the episode focused on Parizaad and Annie. What started off as a romantic track with Parizaad falling madly in love with Annie, turned into a complicated situation owing to Parizaad’s business rivalry. Personally, the security breach that led to Akbar taking the bullet to save his maalik’s life was a case of carelessness on the part of a highly trained security force! Also, when Parizaad went to confront seth it felt as if he managed to get inside the office a little too easily especially because he must have known that Parizaad had escaped unharmed and will be taking revenge sooner or later! 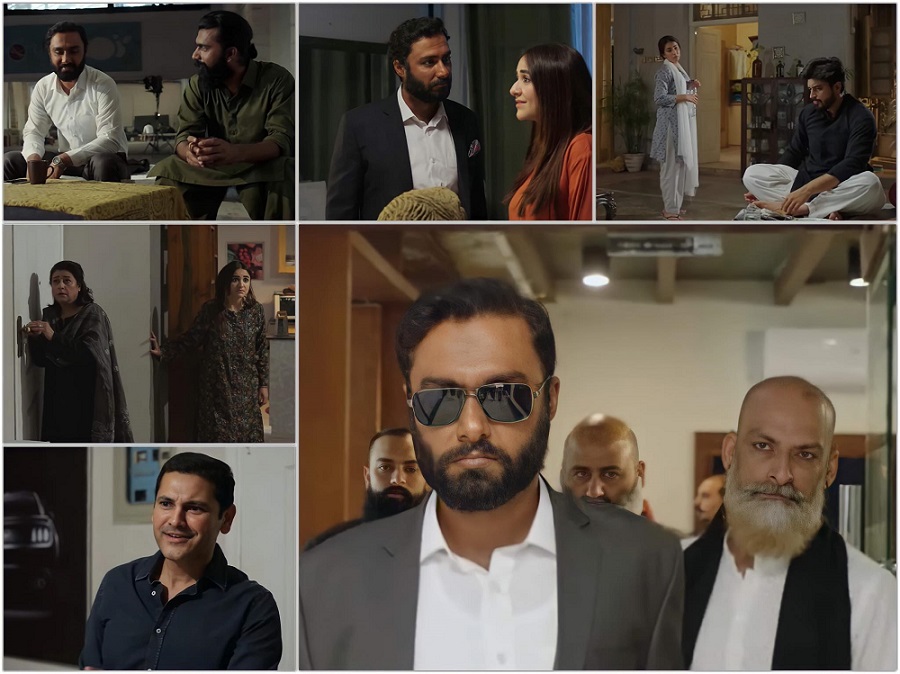 There were two major surprises in this episode of two entirely different kinds. One was Parizaad’s revenge plan – who would have thought that a man who wanted to avoid confrontation at all costs would do something so drastic in this episode. The reason was logical enough since parizaad is the kind of person who would do the unexpected in order to protect the people he loved. And of course, then there was the flashback scene in which Behroze Karim’s advice was another major motive for him to do the needful in order to protect himself and the people he loved. This was definitely unexpected and even now it is difficult to believe that this gentle human can go this far to get the message across. Ahmed Ali Akbar yet again nailed another major transformation in his character.

Parizaad and Nasaaz’s conversation about Pari’s love life was one of the most beautifully penned-down conversations in this episode. Nasaaz continues to be the mentor in terms of teaching Parizaad the truth about relationships. The second major surprise was Fahad Mirza’s entry in the drama. I did not know that he was part of this drama and most importantly I did not see this coming at all! Clearly, this new character has the potential to be yet another someone special in Annie’s life. The fact that he is also a doctor also made me wonder if he is the one who might help Annie get her eyesight back. Will Parizaad’s heart be broken yet again? Could this be the same scenario as Naheed all over again? I am definitely waiting to find out where this track is headed since Annie’s true feelings for Parizaad are still a mystery.

This was yet another episode of Parizaad with quite a few unexpected developments and a phenomenal performance from Ahmed Ali Akbar in particular. Also, I am wondering if Saeeda watched the news and will call her brother!! I am honestly weary of such important characters disappearing from the screen altogether! Especially because it is so convenient to keep them in the picture by giving them a few seconds of screen time whenever it is necessary to do so! The preview of the next episode suggested that Parizaad will actually go ahead with his plan to take revenge! Can he really be ruthless enough to target the seth’s son? I am also wondering where Pari’s journey will eventually lead him because right now things are getting more complicated than I anticipated that they would become. The writer deserves all the appreciation for penning down some of the most meaningful dialogues that are an absolute treat. It was also good to see the guru back in the picture again.

Did you watch this latest episode of Parizaad? Do share your thoughts about it.