This was yet another episode covering Parizaad’s never-ending inner struggles versus the outer appearances he keeps in order to make sure that his outer persona matches his status! It is interesting that even though his entire journey was focused at getting loved by someone unconditionally, he still does not have a problem accepting himself and holding himself accountable towards the end. There have been so many instances where the writer made us believe that even with all his struggles, Parizaad always accepted himself wholeheartedly. Tonight’s episode yet again showed that Parizaad is still the same person he was back when he was rejected by Naheed! I am glad that the writer kept the beauty of this character alive right till the end. Annie’s feelings for Parizaad appeared to be much stronger in this episode than ever. This was another episode that belonged to Ahmed Ali Akbar who has always kept the essence of his character alive by translating its different shades impeccably on screen. The writer Hashim Nadeem’s dialogues definitely stand out and the director Shehzad Kashmiri has made sure that these meaningful dialogues are not lost in translation.

Parizaad met yet another person from his past whose selfishness and insensitivity impacted his entire life. Seth Noman was perhaps the one who made Parizaad realize more than ever that he needed money in order to live a life on his own terms and conditions. This meeting was quite interesting since the tables had turned completely and just like most of the people from Parizaad’s past, Noman was more than willing to give Parizaad the kind of respect which his status demanded! The expressions on his face were priceless when he found out who P.Z Mir actually was!

Nasaaz got his happy ending in this episode but Parizaad was just as lost today as he was back in the day when he met Nasaaz for the first time. The writer has through Parizaad’s journey established the fact that money cannot buy happiness! Parizaad has not been able to change himself entirely even though he tried. His conversation with Behroze Karim made his mental state more clear than ever. Parizaad’s scenes tonight showed two completely different sides of his character. There were times when it felt as if he was more than comfortable being the person he was. He refused to get cosmetic surgery done because he did not want such a change to alter his personality. However, he also considered himself a coward and a failure because he has not been able to make the changes in his personality that were needed to make him attain the unattainable! 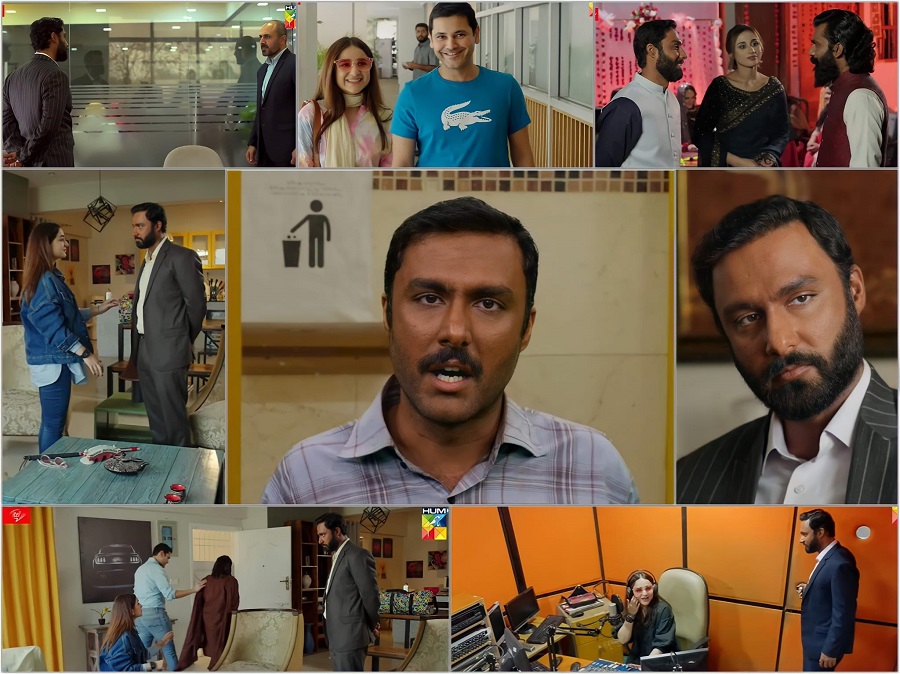 I must say that Parizaad’s decision to spare Sharjeel’s life did not come as a surprise at all. The most pleasant aspect of this development was Parizaad getting a reality check from the person in the mirror which represented Parizaad’s actual personality. By the end of this episode, Parizaad made yet another decision that involved helping others and it seems as if he is going to distance himself from this life which he has been living as P.Z Mir. While watching this episode I felt that Parizaad did stand a chance had he decided to be there when Annie got her eyesight back but it seems as if he has made up his mind that Annie deserves better than him! Even though Annie has more than once expressed her reverence for him yet somehow Parizaad does not feel worthy of all the love and appreciation he gets from her. Since Sharjeel shared his actual feelings for Annie with him, he feels obligated to be the “giver” this time around as well! Annie’s praise for Parizaad was a little too long; these dialogues could easily have been chopped down. Other than that, this episode was perfectly put together and had my undivided attention.

This was another meaningful and engaging episode of Parizaad. It was directed brilliantly which definitely added to its appeal. I am looking forward to an ending that will be in line with the main theme of this drama. A happy ending is highly unlikely since Parizaad is not even willing to try but there could also be a surprise in store since Annie was much more expressive tonight than she has ever been. Will Annie choose Parizaad over Sharjeel? Or will Parizaad’s journey end on a sad note? I am waiting to find out!