This latest episode shifted the direction of the story towards Zainab which was expected since Sikandar came into the picture. I have always felt that this drama is perhaps more about Zainab than it was ever about Rakhshi and Aslam. Therefore, the fact that her track has taken such a turn makes me look forward to where it is headed. Shehryar Munawar continues to be exceptionally impressive as Aslam since he makes sure that the viewers relate to his pain and helplessness. Rakhshi did not get a lot of screen time in this episode and for the past few weeks, her scenes have been more or less the same. Although Saleem Miraj is a phenomenal actor, there are times when he does not look young enough to play the role he is playing. Uzma Hassan on the other hand fits perfectly into her character; she makes you relate to Zainab’s character and at the same time makes you wonder what her next move will be. It was good to see Zainab smiling after a long time and it seemed as if she was ready to move on but she is still looking for closure. Even after everything she found out tonight, it seems as if she is not over her pehli mohabbat just yet. It is refreshing to watch a drama in which women are shown supporting each other in some way or the other.

Zainab Gets In Touch With Sikandar

Tonight’s episode opened with Aslam revealing the truth to Zainab and her reaction at that point was quite unexpected. However, when she heard that Sikandar was the one who beat Aslam up, she made up her mind there and then. I was expecting more rage from her since she holds Aslam so dear but on the contrary, even when she called Sikandar, she could not muster up the courage to talk to him. Zainab was however more expressive today than she has ever been. For the first time, she made an effort to have things her way and did not let Murad question and taunt her, the way she usually lets him. There was definitely some change in her character. Even though Zainab is usually shown putting up with her husband’s toxic attitude or crying, there is an underlying strength in her character. I am waiting for this character to come into its own. 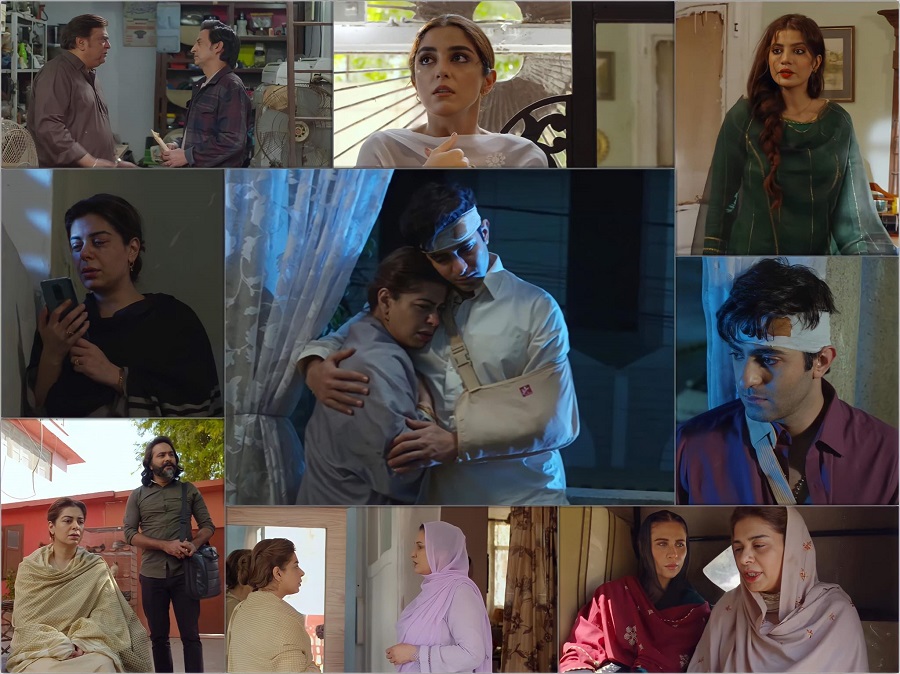 Zainab and Sikandar will finally be meeting in the upcoming episode and I am really looking forward to this union. Aslam and Zainab’s scenes have been written down and acted out so brilliantly. These two understand each other like no other and are always there to comfort each other. Nowadays when most dramas promote sibling rivalry or do not highlight the importance of such strong family bonds, it is good to see such a relationship between siblings in a drama. Even though most often all that they can do is listen to each other’s problems, their scenes together are always the highlight of every episode.

Aslam and Rakhshi’s helplessness has been depicted convincingly on screen. Aslam has been trying hard to get in touch with Rakhshi but everyone around him is making sure that he does not manage to do so. Although the scenes covering Aslam’s frustrations are ones we have seen in drama quite often the way they have been presented on screen makes them more relatable as well as heart-warming. Nargis’ dialogues and scenes tonight were on point as usual. She wants Rakhshi to accept reality since she knows that nothing she does is going to change her father’s plans. She does keep on reminding Faiz Ullah just how heartless he is but he couldn’t care less! Rakhshi still has faith in Aslam and does not blame him for anything.
Sikandar is using his money to ensure that everything goes the way he has planned it. He is doing everything in his power to cause as much pain and damage as he possibly can.

Aslam was more desperate than ever tonight when he heard that Rakhshi was going to move out of that house. The preview of the next episode suggested that he will probably try to run away with the money his mamu gave him but he will get caught!

Tonight’s episode laid the foundations for the important developments we will get to watch in the upcoming week. I am particularly looking forward to Zainab and Sikandar’s meeting. The preview of the next episode suggested that Zainab might find out Sikandar’s actual plans somehow, I am waiting to find out if that would be the case. Will Rakhshi really move out? Will she get married to Sikandar? Will Zainab ever find closure?

Did you watch this latest episode of Pehli Si Mohabbat? Share your views about it.