Unfortunately, this season there isn’t a single drama that matches the uniqueness of dramas such as Parizaad and Jo Bichar Gaye. Most of the dramas nowadays either revolve around the same ghissi pitte tracks or go downhill after a few episodes. Personally, I am sick and tired of every story turning into either a love story or misunderstandings ruining relationships as is the case with Habs. I have been waiting for Pinjra to air ever since I saw the posters and found out about the cast. As the posters and the cast suggested, Pinjra is not the story of a single individual. Although we do have a main protagonist whose story is definitely the focus of attention, Pinjra covers so much more than the agony and loneliness of a child who is not given the love and acceptance every child deserves. Asma Nabeel was an exceptional writer who gave us many meaningful scripts therefore the fact that this drama had been written by her was reason enough to tune into it. The execution of the drama is not perfect, there are times when you wish a certain scene would have been covered differently but overall, Pinjra does stand out right now because of its content. Whether it will continue to be engaging enough or not is another story! Since the producers are bent on stretching stories nowadays.

Pinjra’s main story revolves around two completely different families. One is headed mainly by Javed (Omair Rana), who is the father of 3 children. His wife Khadija (Hadiqa Kiyani) is the docile partner who most often fails to act upon her instincts even though there were times in these few episodes when she believed that things should be tackled differently. Their 3 children Azaan (Aashir Wajahat), Abeer (Aina Asif), and Abaan (Ahmed Usman) are just as clueless as their mother. Azaan is the eldest child who is an ace student, excels in extracurriculars, and is a sensitive and sensible boy. Through this character, the writer has shown how the eldest child has to sometimes unfairly take up the role of a parent when the parents fail to look out for their children, the way they should be. Aina is the middle child who is rebellious and seeks attention from the outside world because she is not seen or heard in her own house. Abaan is the youngest child who I believe has been shown as a child with borderline learning difficulties. He is misunderstood by his father in particular as lazy and stubborn. He resorts to painting and art as an escape but that talent is not recognized by his parents because the only criteria for being accepted and loved in this particular household are good grades and exceptional behavior. 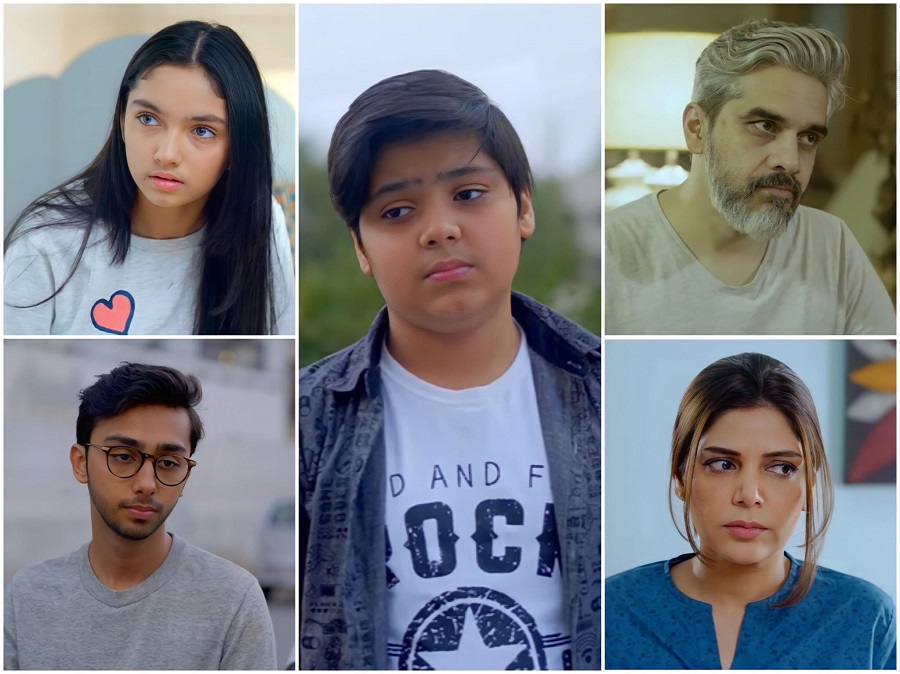 All the characters in this household have been etched out perfectly. I am certain most viewers out there can see a reflection of themselves in one of these characters. Each one of these characters represents a certain person in such households. The older brother is given more responsibility than he can shoulder, a middle child who craves love and attention, and a younger child fighting his own demons and his parents’ unfair attitude at the same time. The real issue in this particular household is the lack of communication between the parents and the children. The parents believe in dictating things to their children and they feel that they “own” their children because they take care of their needs. Children, even the mother, is too scared of the male head of the family to speak their mind. The suffocating atmosphere has been presented in such a way that you actually feel as if these children are caged.

The other track of the story is completely different from that of Khadija and Javed’s household. Wajiha (Sunita Marshall) is a single mother who recently broke free from an abusive relationship. Her parenting style is completely different from that of the other set of parents. She is on friendly terms with her children, they communicate openly and most importantly her children know that their mother has faith in them. This is one of the most progressive tracks we have seen in dramas this season. We barely get to see working women who are good mothers in Pakistani dramas. Through this track, the writer has also shown how important it is for women to break free from abusive relationships. In a society where women are consistently being told to stay in abusive marriages for the sake of children, such stories are not always welcomed but they are definitely needed. Wajiha has 2 children, Dua (Emaan Khan) and Fardan (Zuhad Khan). Another important character in this track is that of the caretaker of the house Ferias Bi (Fareeha Jabeen). 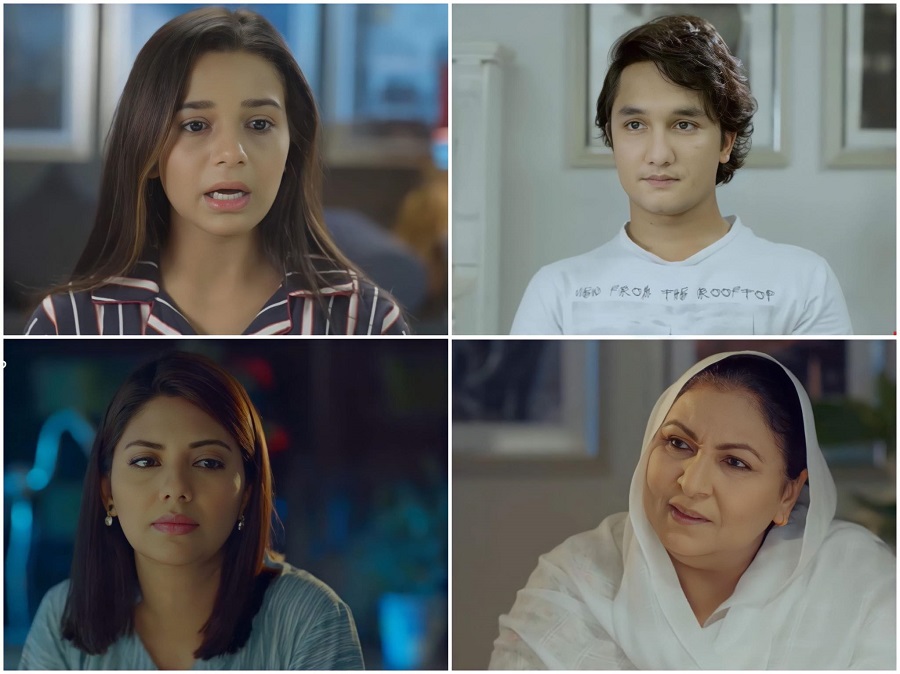 Wajiha’s household can easily be termed as an example of a ‘perfect household’; at times it is a little too perfect and not too relatable. It would have been nice if some nuances were added to this track as well. The most unrealistic scene for me was the one showing how quickly Wajiha’s children accepted her decision to leave their father. Also, the recent threat her husband gave of abducting Dua if he does not get the money proved that he was a toxic father as well. Therefore, I am surprised that Wajiha gave her children the option of staying with their father at all since apart from being an abuser, he is also an alcoholic who lived off of his wife’s money. If children grow up in such an abusive household, it does have an adverse effect on them even if the mother is loving and caring. These children are wise beyond their years because of their experiences but that’s about it. These characters could have been a little less perfect and more human. Hopefully, as the story progresses, we will get to see that too.

After this drama went on air, a lot of people commented that the story of this drama has been inspired by Taare Zameen Par. Very often, certain tracks or main ideas for dramas are inspired by Bollywood films, most often they serve no purpose therefore I am actually glad that for a change, a Pakistani writer got inspiration from a meaningful Bollywood film. Neurodiversity is one of the most talked about topics in the developed world right now but developing countries still have a lot to catch up with. Even in this day and age many of parents and even educationists do not understand the challenges of neurodiverse children and as a result of that, they are made to feel inferior, the way Abaan is made to feel in the drama.

Pinjra questions the typical Asian style of parenting which is a norm in most households. It shows children’s perspectives and also breaks stereotypes. It might also serve as a reality check for many Khadijas out there who are always questioning themselves and not questioning their authoritative husbands enough! The performances have been on point throughout. The past and present scenarios, in the beginning, were confusing but other than that the script and the direction have the kind of clarity that such a drama requires in order to be effective. It is truly pleasing and a nice change to watch a drama based on the needs of children and the challenges, and shortcomings of parenthood.

Are you watching Pinjra? Do share your thoughts about it.