Ohkay so, this episode of Prem Gali once again highlighted the issues a newly married couple has to face especially when there’s a lack of privacy in the family dynamic. This is definitely Faiza Iftikhar’s take on showing how a couple is put into an awkward situation because the people around them have a sense of entitlement & fail to realize that there are certain boundaries especially related to privacy that should be respected.

This episode once again revolved around the issues both Hamza & Joya had to face because their family members were a bit too emotional & enthusiastic. At times it does look sweet that both Hamza & Joya are being treated as the center of everyone’s universe but then it also becomes quite frustrating for them to deal with all of this, especially when they both long for some time together. Hamza & Joya wanted to watch a movie together but then the rest of the people invited themselves, finding it perfectly alright to not give Hamza & Joya some time off. This entire scenario was amusing but realistically portrayed too because we all have heard of the horror stories of how a newly wedded couple is deprived of basic privacy because the people around them fail to give them space they most certainly need.

It also perfectly highlighted how a couple has to resort to some excuses & lies in order to do what they feel like. In this case, Hamza & Joya also were forced to lie to their family members so that they could spend some time together. It perfectly showed how one thing leads to another and especially in a setting where clear communication is an alien concept, this is the only way left for the couple. 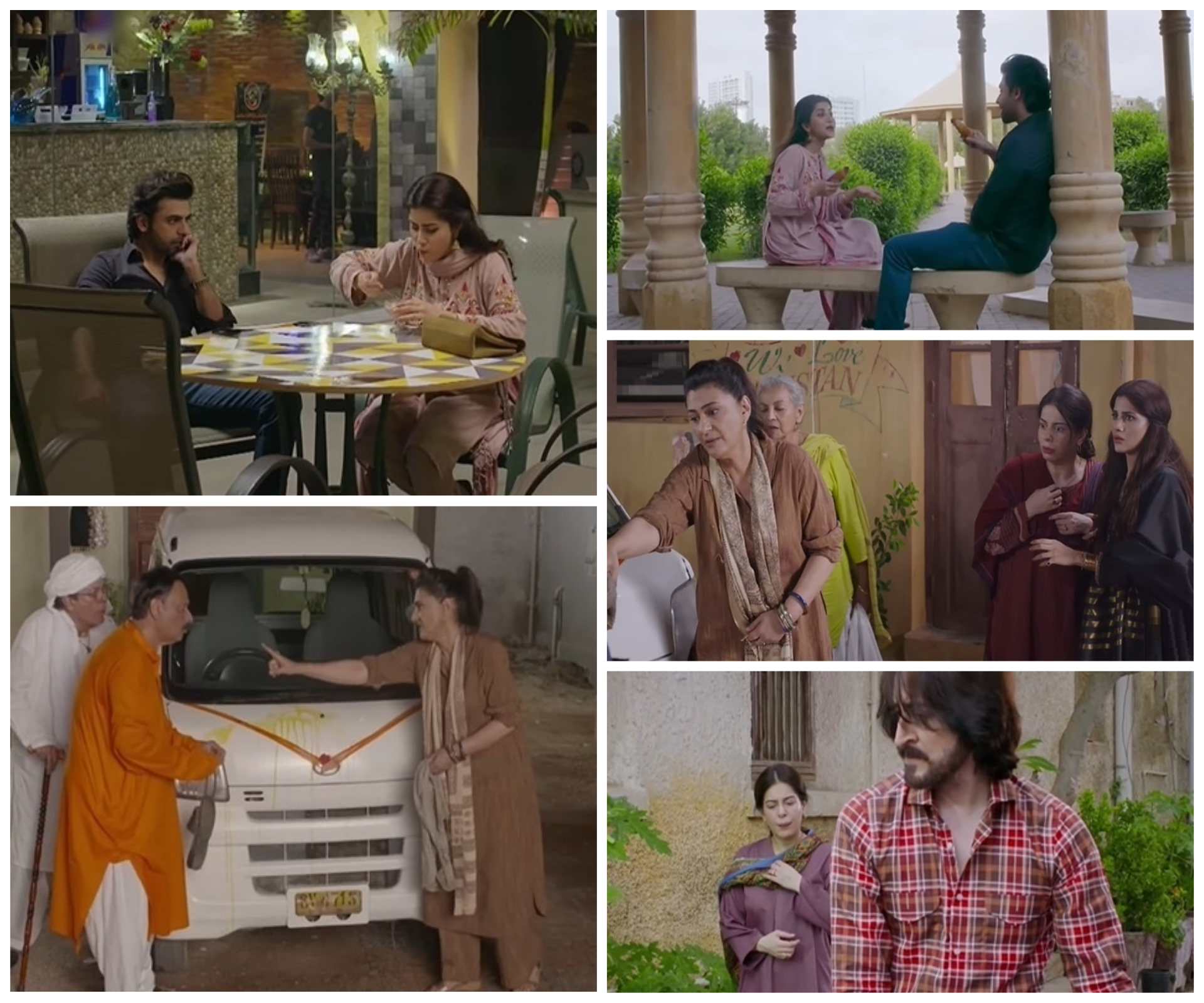 In this episode, I did feel for Hamza & Joya & kind of felt annoyed at how Rahat was blowing everything out of proportion. It is nice that she is very much invested in Hamza & Joya but to see her literally creating misunderstandings one after another is not much fun to watch. The funny thing is that everyone else starts believing everything that Rahat comes up with. This time around, even Musarrat couldn’t contain herself by making an assumption.

The few moments that I found interesting were Hamza’s communication with the new neighbors, Shakoor & Sukhi. It seems the rest of the neighborhood will take some time in showing acceptance to them but right now Hamza is being supportive, which is nice. Luqman is also going to play a part in creating issues for Joya because out of all the people, he figured out that Joya was not with Fari.

This episode of Prem Gali was nice. The preview however did not excite me much. It seems Rahat is going to create a lot more trouble for Hamza & eventually he will land himself a job at Manzoor’s company. The next episode seems to be dedicated to Rahat too & to be honest, I hope the focus shifts on others, especially Manzoor. Let’s see what else do they have in store for us. Please share your thoughts about this episode of Prem Gali.