Ohkay so, this episode of Prem Gali was heaps better than quite a lot of the previous ones, because it showed some development & most importantly, a change that was much needed. It was nice to see a perspective of a young couple who was struggling to find a perfect balance where they did feel guilty but also wanted to stick with the decision they made. It is however unfortunate that the rest of the characters fail to show growth, they are very much happy with the way things are because so far they have not got a reality check. Here’s to hoping that this decision of Hamza & Joya serves as an eye-opener for them but it seems they will be guilt-tripped for prioritizing their privacy & mental peace by their family members who run big on emotions.

Hamza & Joya did face some emotional challenges before moving out. They got reminded of the love & warmth their family members exude & they were already realizing that they’d be missing out on all of this from this day onward. However they stood by their decision & it was nice to see them settling down, together, as a team & most importantly as newlyweds who deserved every bit of peace, privacy & freedom.

It seemed Shireen finally decided to let Joya know the reason why she was so paranoid about Hamza’s job. It was good to see her coming clear but then again, the way she literally pestered Hamza & Joya because of her own inhibitions was wrong, that too when she herself was able to see that Manzoor did not have any evil intentions. It is still very upsetting to see Shireen being so one-dimensional & bitter, especially at this stage where she can look back & realize that she got to live life on her own terms. Obviously, being a single mum who had to struggle to provide for her entire family has made her somewhat bitter but that should’ve also made her wise & forgiving. 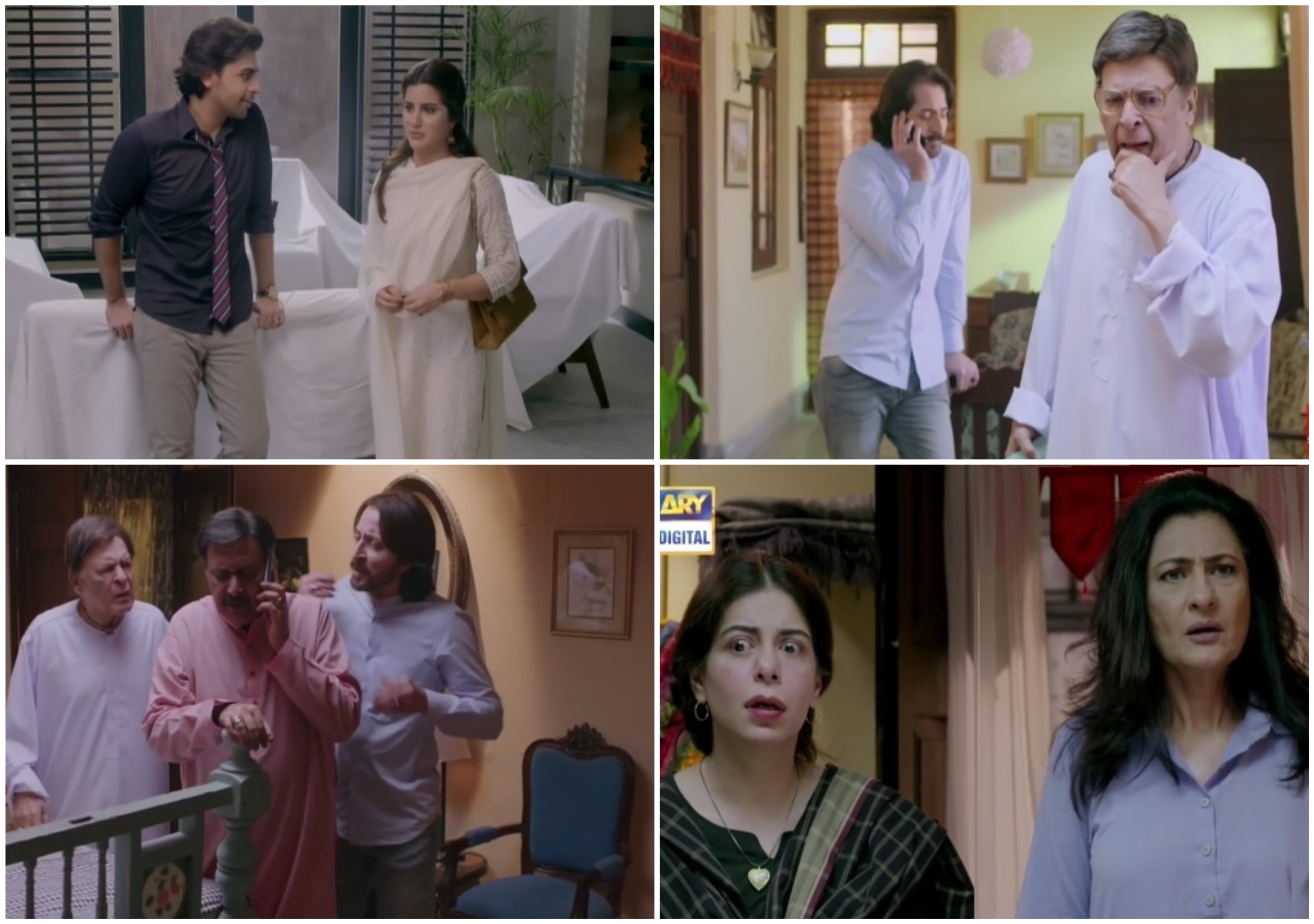 It was interesting how everyone slowly found out that both Hamza & Joya have run away. The best reaction came from Rahat as she came up with conspiracies of how Joya has betrayed Hamza. Obviously, it isn’t going to be all fun & games because Dada Jaan won’t be able to take this news lightly. It seems Shireen will once again blame Manzoor for giving Hamza these ideas because out of nowhere she finds it easy to hold him responsible for whatever is happening in her life right now. It is ironic that Shireen still thinks Manzoor has this much power & authority even when he has never meddled with her affairs all these years.

It is unfortunate that the couple who would’ve probably run the show has been sidelined so badly. This was the 25th episode & right from the beginning, we all have been waiting to see Musarrat & Luqman together but it still hasn’t happened yet. They are so consumed with their guilts & issues regarding Hamza & Joya that they really haven’t gotten the time to think about themselves. It seems they will get together in the end where the viewers won’t even get to enjoy seeing much of their relationship.

This was definitely a decent episode of Prem Gali, also because the entire focus was on Hamza & Joya, what they were doing, how they were feeling, how they were adjusting to this new life without the interference of their family members. Their feelings seemed genuine as well where they were having a hard time because they understood how hard it was going to be on their family members. Anyhow, let’s see how things roll in the next episode. Please share your thoughts about this episode of Prem Gali.