Sanam Jung is an adorable Pakistani actress and host. She started her career as VJ and later on she switched to acting. Her popular dramas are Dil E Muztar, Mohabbat Subh ka Sitara & Mere Hamdam Mere Dost. Sanam got married with Qassam, she has an adorable daughter too.

Sanam has now again started acting and hosting. Last night, the adorable actress hosted trailer launch event of Dum Mastum movie in which she was wearing Black Saree, the designer referred Saree as “Saree Pants”. It was a Saree with fitted straight pants. The dress was by the designer Afsheen Mehboob. 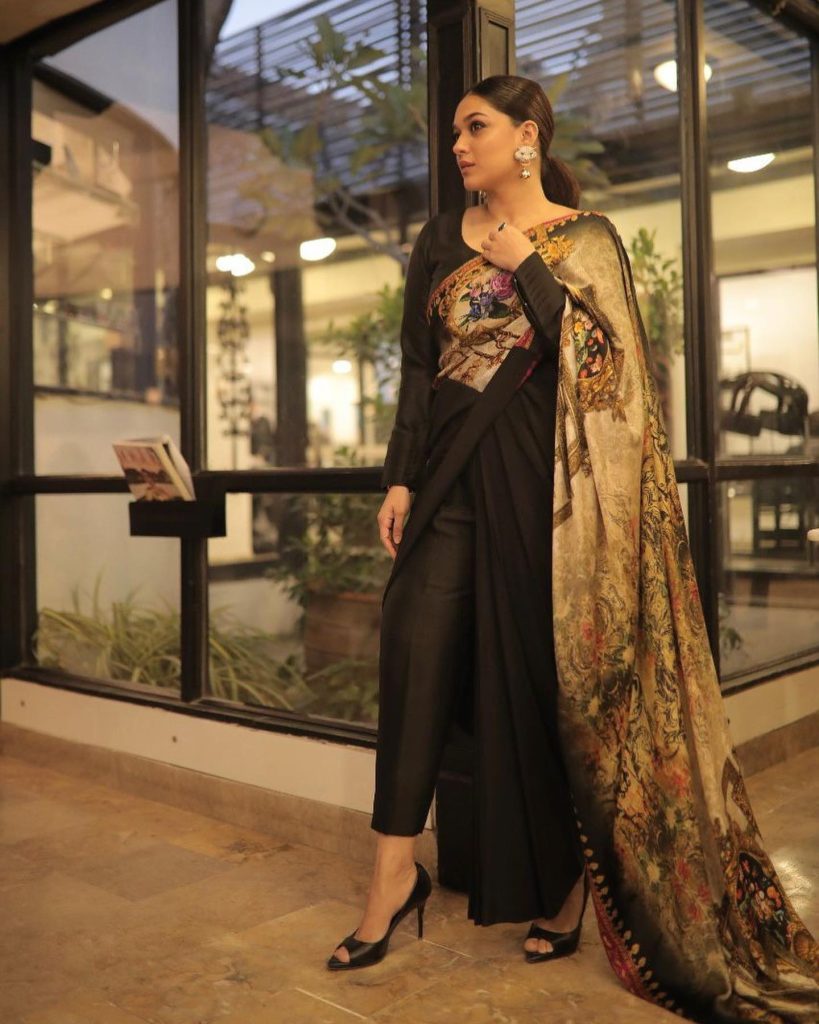 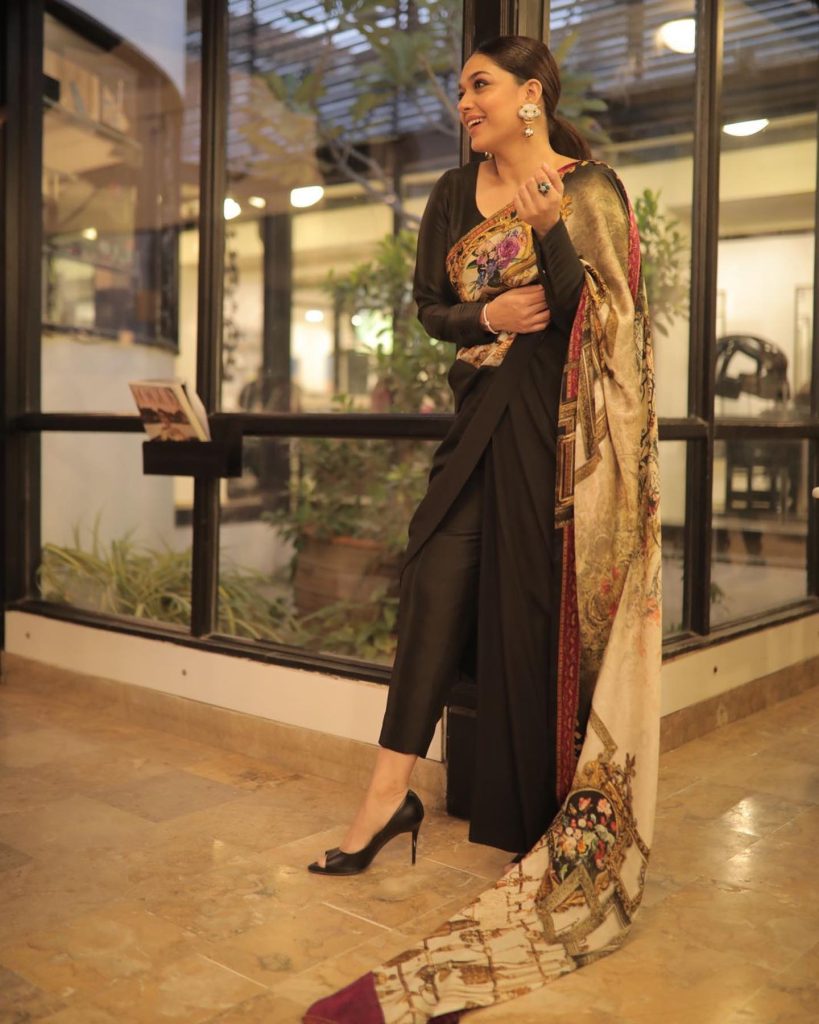 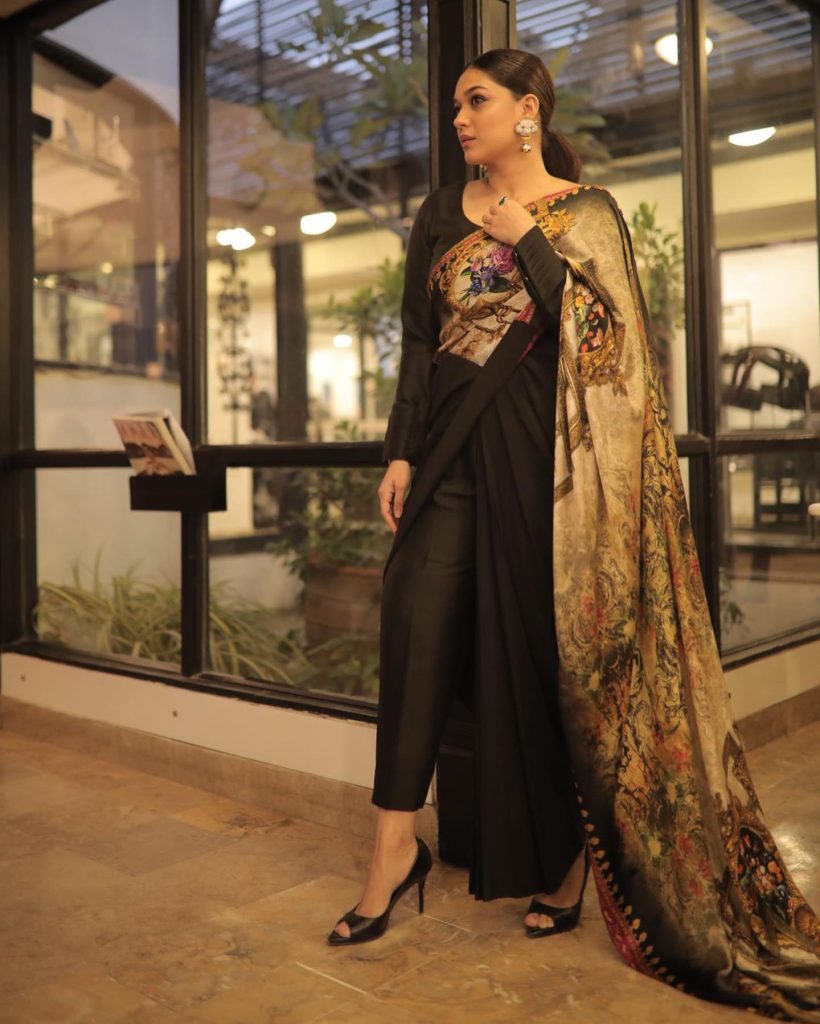 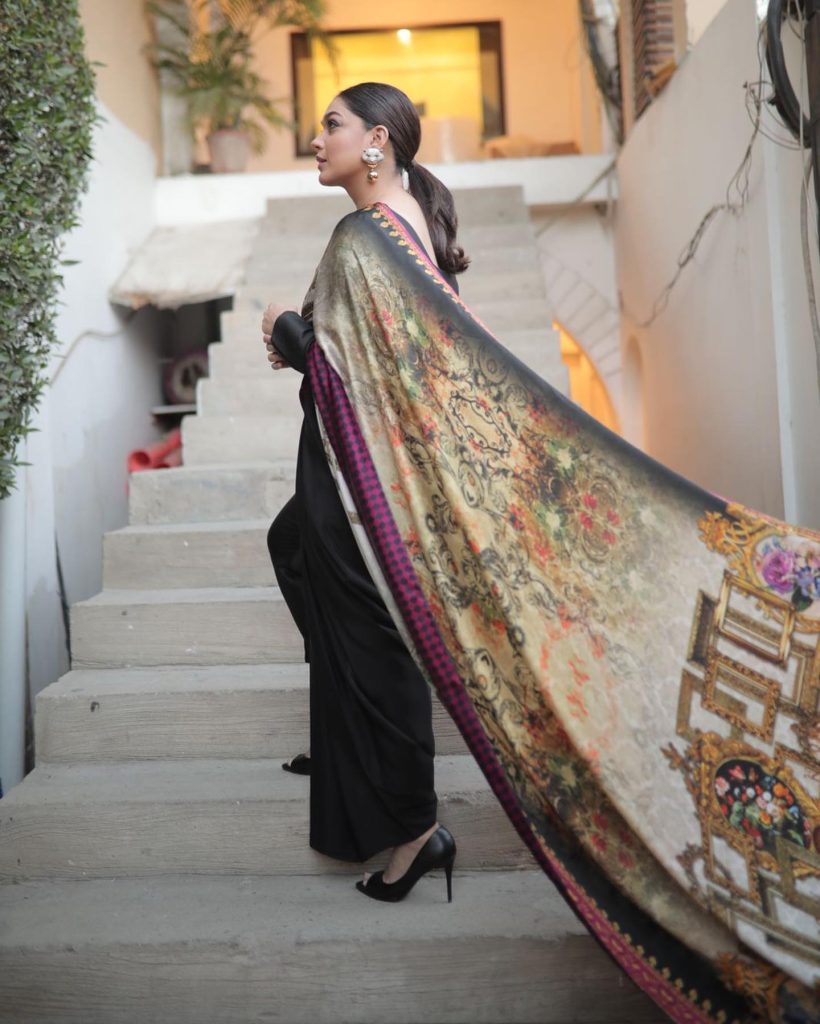 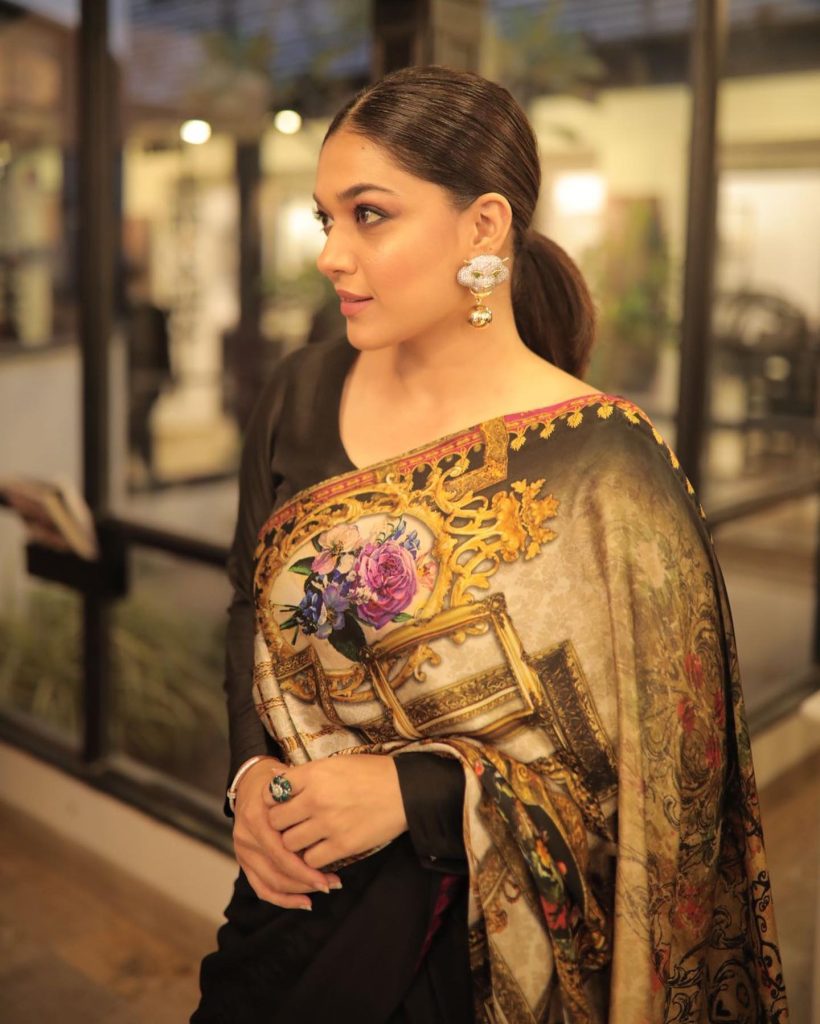 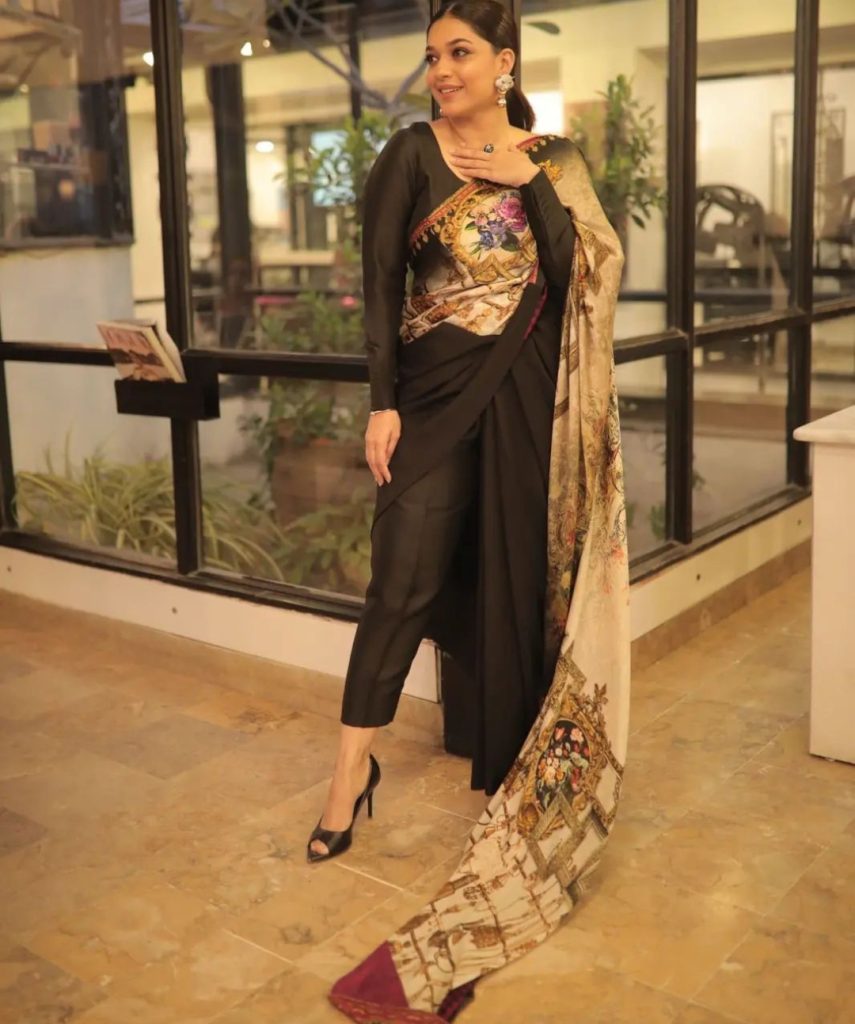 Sanam Jung did not get good reviews about her dress. Fans said that Sanam Jung always wears weird dresses. They said that she’s looking like Hira Mani Part 2 after this bad experimentation. A lot of fans said that she poorly carried the dress and also the dress isn’t suiting her. Fans said her aunty. One fan also speculated that she is pregnant. They said that it is not for the first time Sanam’s dress looked off. Here are all comments related to her off dressing. 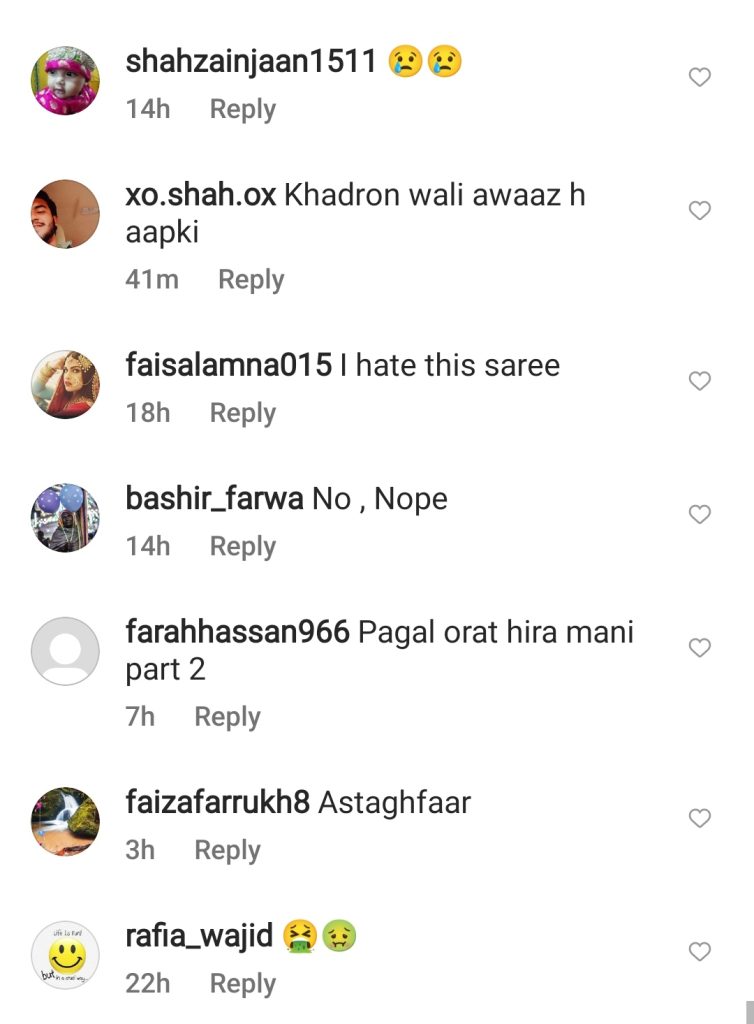 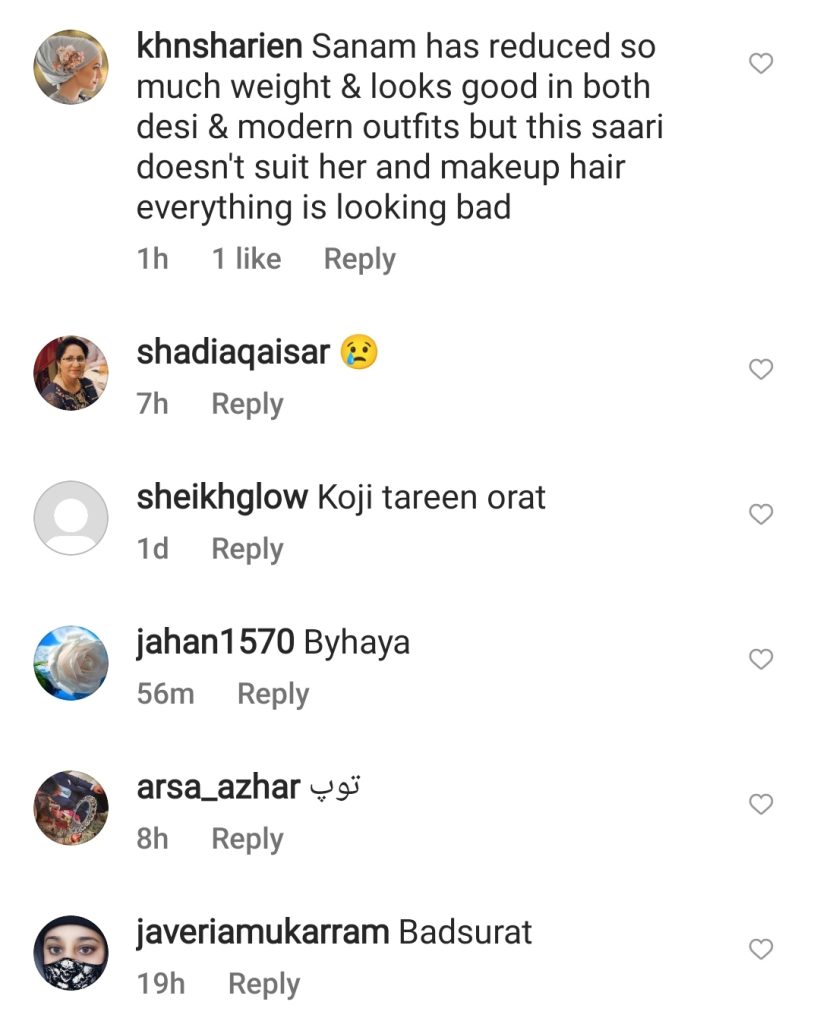 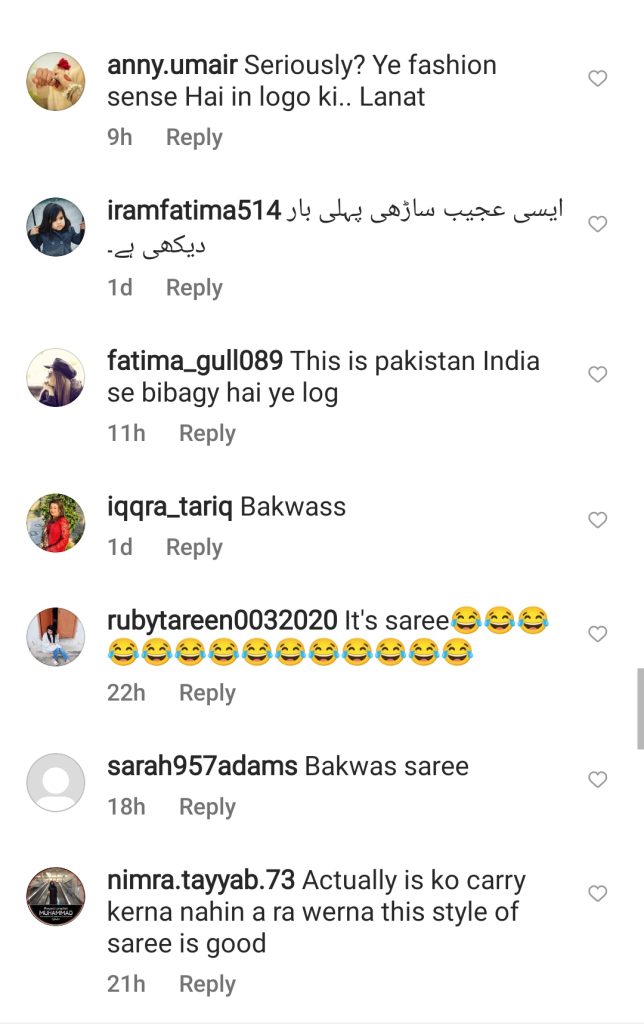 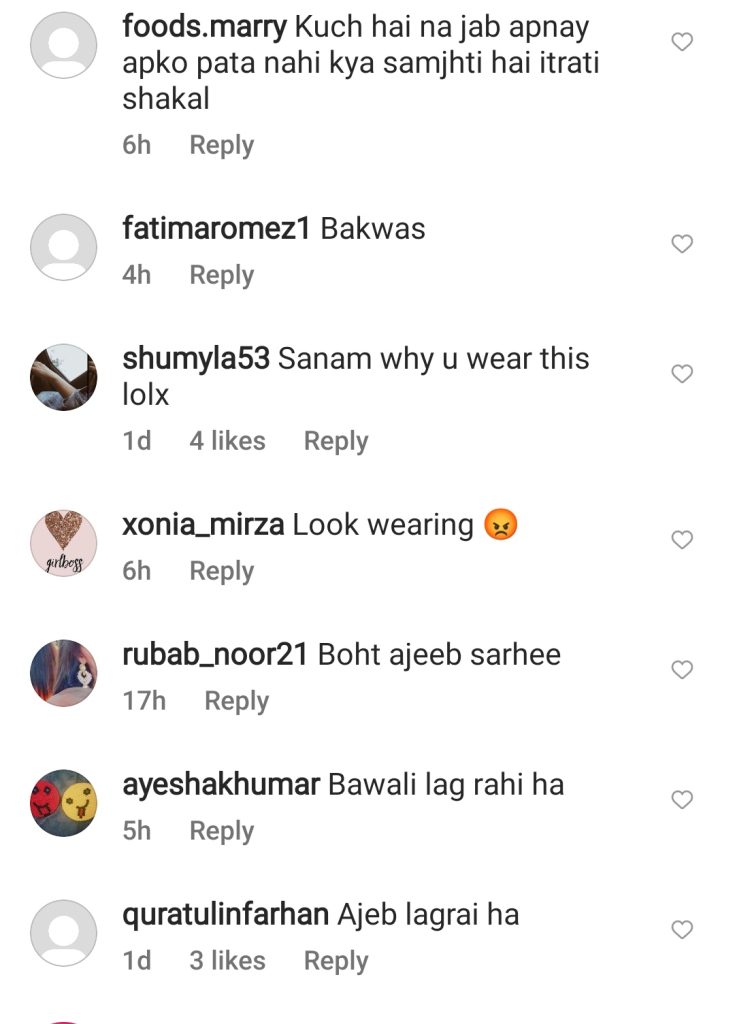 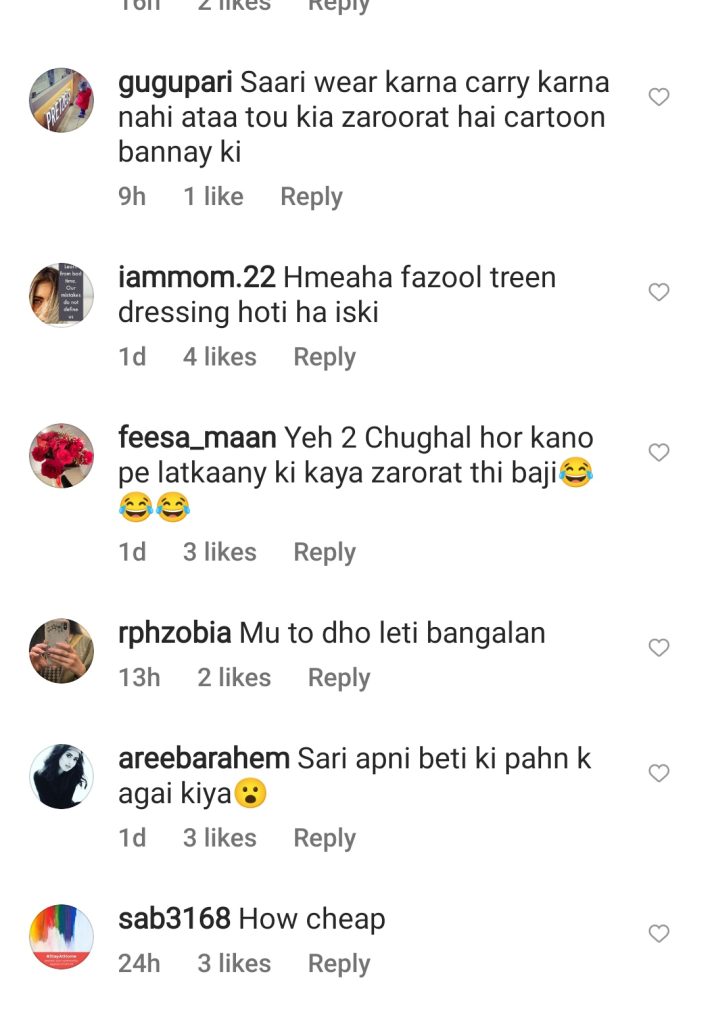 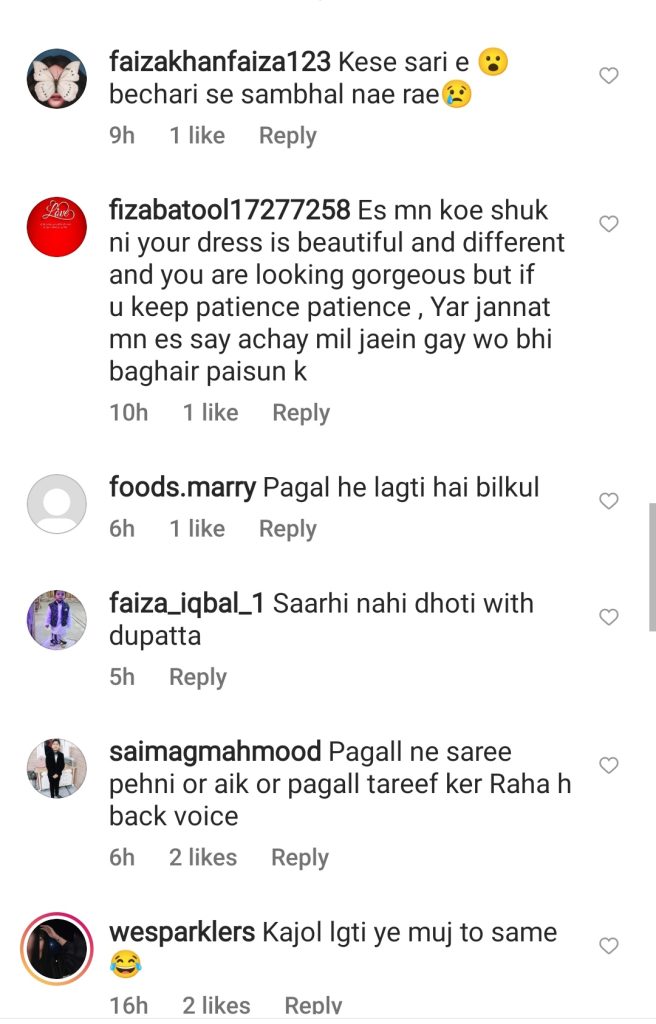 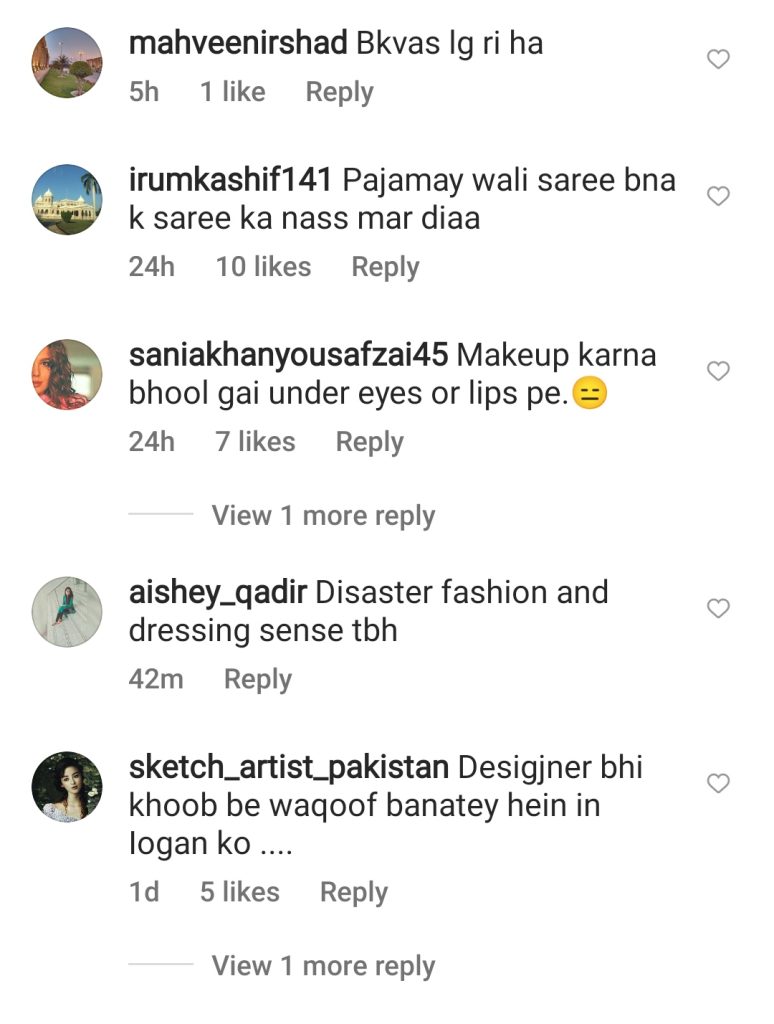 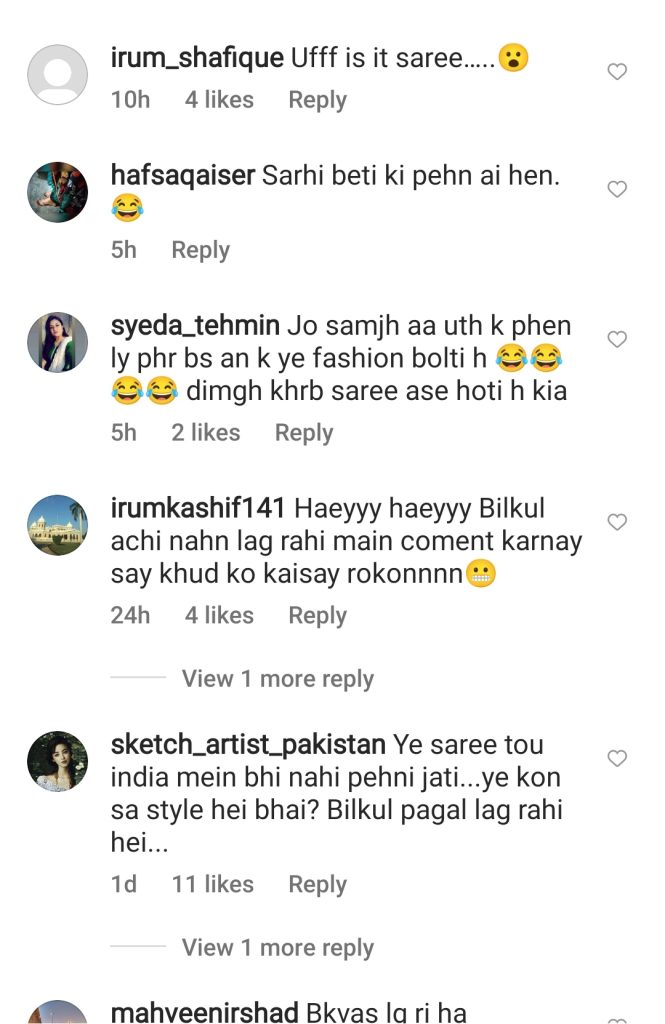 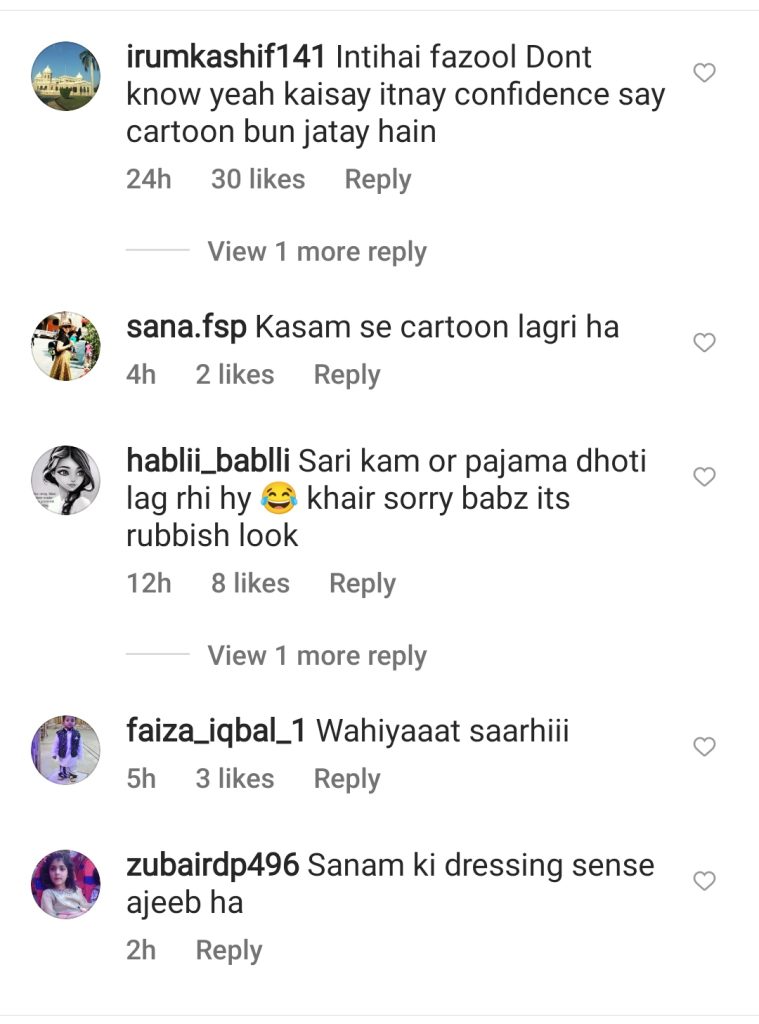 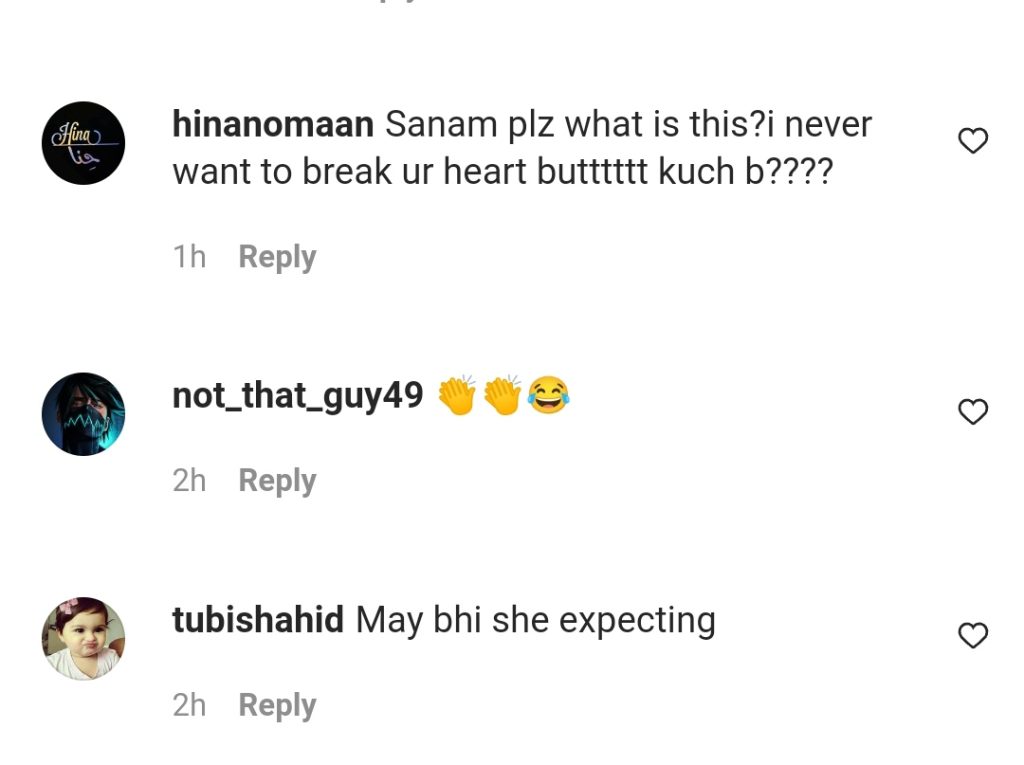 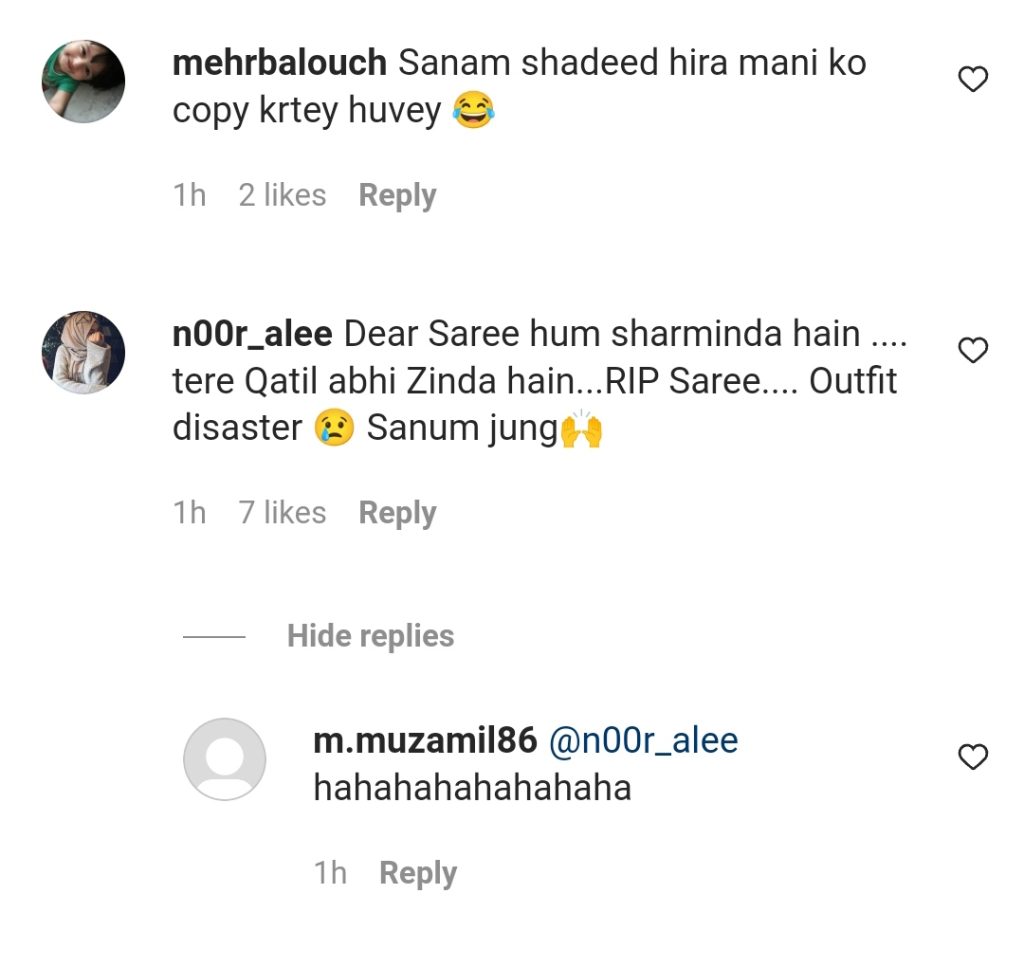 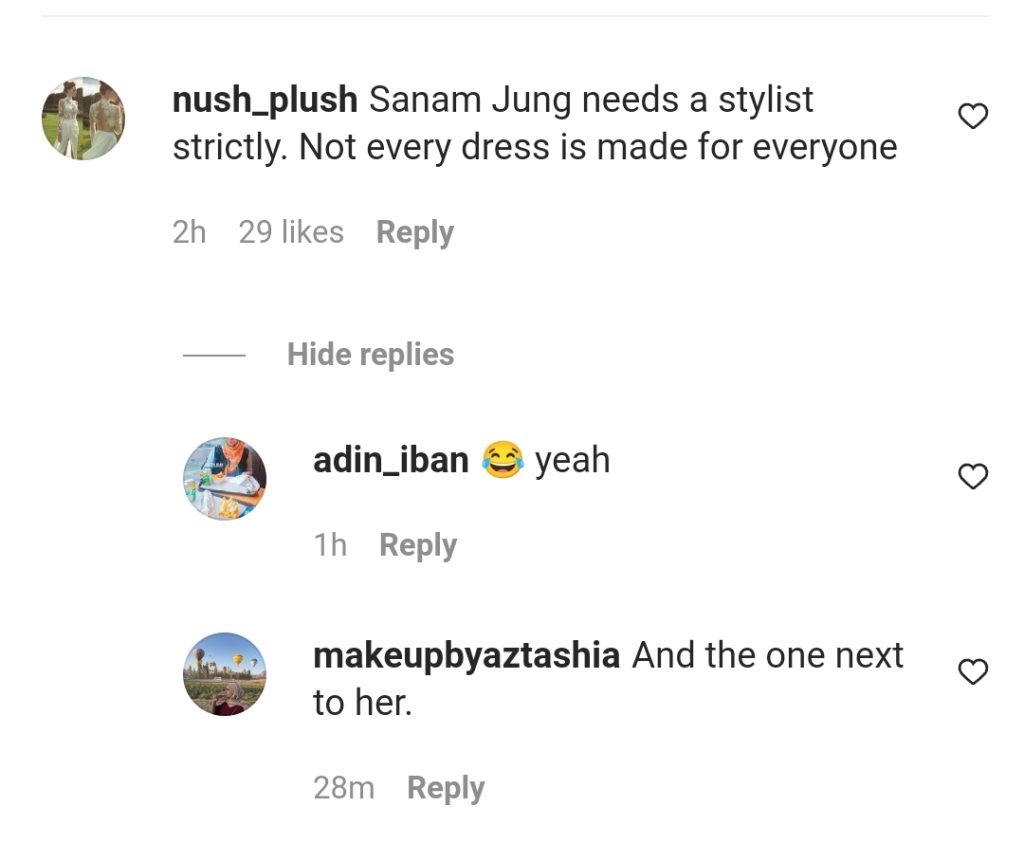 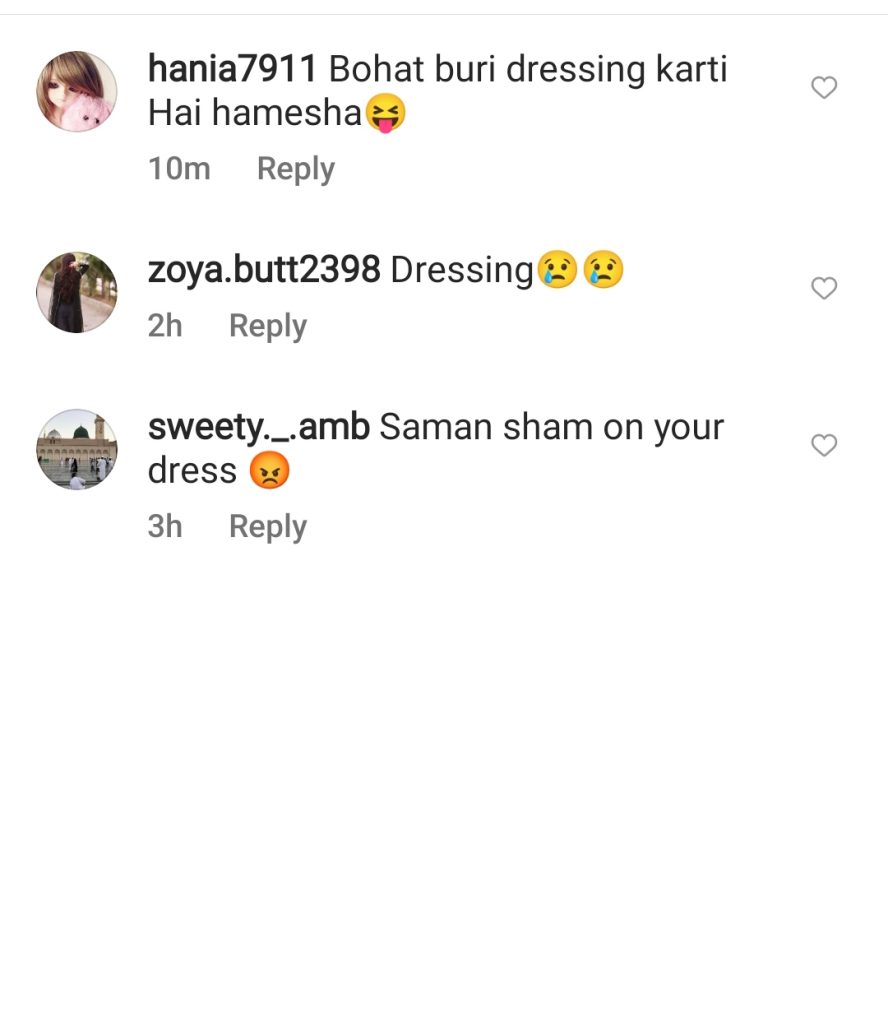 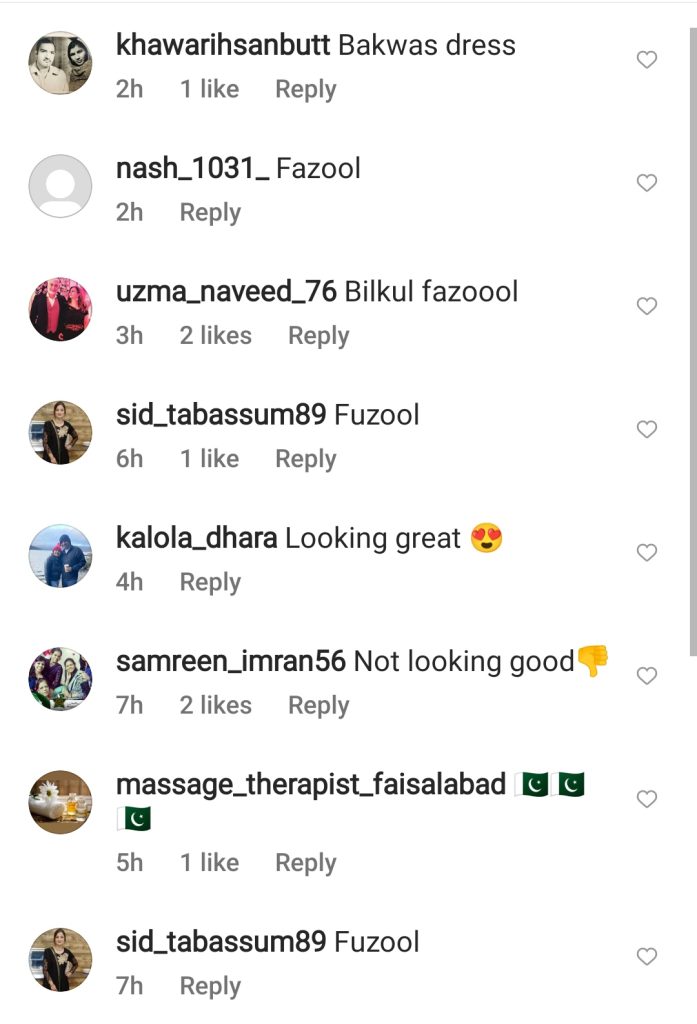