This latest episode of Pyar Ke Sadqay yet again beautifully reflected different shades of all the characters. There are of course some of the traits which are more dominant than others. So far, the characters in Pyar Ke Sadqay have been fleshed-out so remarkably well that you feel an instant connection to them. The variety of characters and scenes also adds to the appeal since the mood changes as different characters appear on-screen.

Sarwar is just as evil as he is insecure, his wife is the perfect example of a weak woman who is gullible, Mahjabeen is the perfect mix of confidence and innocence. Abdullah’s most dominant feature is his desire to please his step-father, this personality trait has proven to be the most harmful. It is also interesting the way Sarwar knows how to manipulate people. Although this character is negative but I find myself looking forward to Sarwar’s scenes because he drives the plot forward more than any other character.

Tonight’s episode of Pyar Ke Sadqay opened with Sarwar playing mind games with Abdullah who like always was easily influenced. Sarwar has a certain control over everyone in the house except for Washma. Washma is the only one who sees things for what they are and also has the guts to speak her mind. Pyar Ke Sadqay has some strong female characters which is another appealing aspect of this drama. Mahjabeen trying her hand at being the khidmat guzar bahu was funny and cute. Her innocence and outspoken nature stood out more than anything else. Her concept of winning her in-laws over obviously comes from whatever her mother taught her. Her obsession with Dr. Hammad continues to be amusing. She even told the cook about it even though Abdullah asked her to forget her ‘ex’! 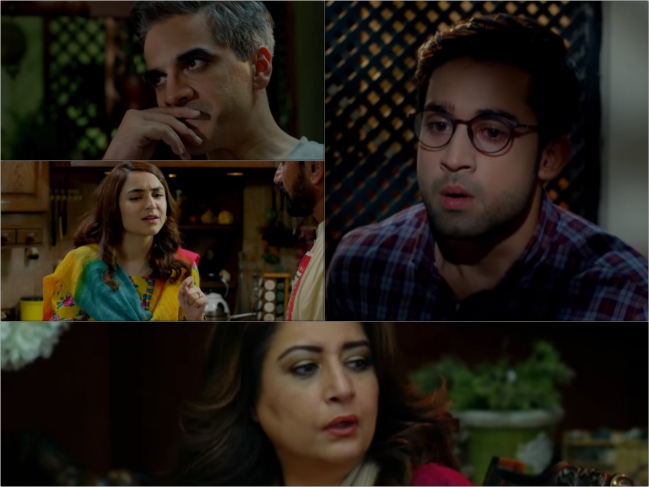 The most powerful scenes were the one in which Mahjabeen served tea to Sarwar and later on her interaction with him when she went to get the tie. Omair Rana and Yumna Zaidi gave phenomenal performances in both these scenes. Mahjabeen’s innocence is in complete contrast to Sarwar’s conniving and evil nature. At the same time, Mahjabeen is clearly a misfit in the house because her antics are completely different. Even though she keeps on saying that she will adapt to her environment but that is definitely not going to happen anytime soon. Abdullah’s mother has failed to protect him but there are some traits of her personality which are also likable. She has accepted Mahjabeen wholeheartedly. I am glad that for a change the story is not going to be about a poor girl suffering at the hands of her in laws because of her status. Mahjabeen will suffer in the long run but everything that was shown in tonight’s episode suggested that Sarwar is going to go about it in his usual manipulative way. He dropped the tea on purpose to make Mahjabeen feel like she wasn’t capable enough, it would have been nice if there was some actual tea in the cup. Right after dropping the tea and begging Sarwar to give her passing marks, Mahjabeen did not hold back while defending Abdullah. This was also one of my favorite scenes from tonight’s episode.

Sarwar has already started intimidating Mahjabeen and is trying to control her. Mahjabeen is too innocent to understand his motives and his wife doesn’t have a clue what his intentions are since Sarwar is constantly mocking Mahjabeen in front of her. Tonight’s episode focused on Abdullah and Mahjabeen’s individual interactions with Sarwar more than their interactions with each other. 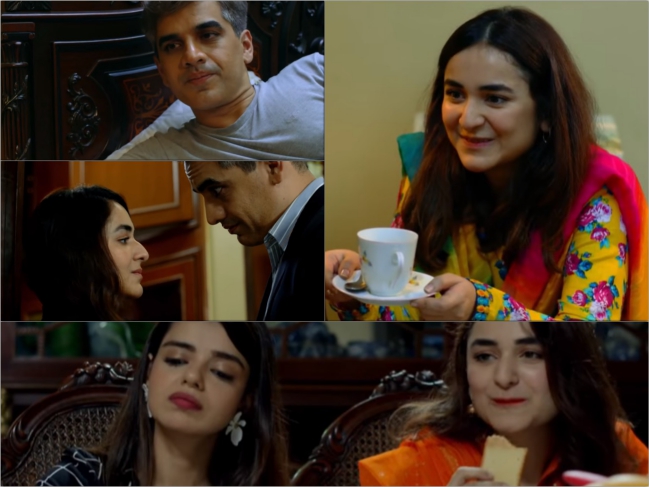 Washma’s dialogue reminding Sarwar of his background was gratifying. Shra Asghar looked great tonight and even though she got few minutes on screen but her scenes were well acted-out and meaningful. Sarwar doesn’t respond to her the way he does to everyone else. However, he took this opportunity to manipulate his wife by walking out.

The scenes at the office showed Sarwar’s insecurity. He could not bear to see Abdullah getting all that respect. The fact that Abdullah is good with numbers was used effectively in this scene. He picked up the discrepancies immediately but it did not take Sarwar long to convince him that he was incapable of supervising such matters. Bilal Abbas Khan’s performance in all these scenes was so impressive. He acts so well when Abdullah is nervous around Sarwar. The way Abdullah constantly looks for Sarwar’s approval is heart-wrenching. It is unfortunate that Mansoora turns a blind eye to all the mental and physical abuse because she is somehow convinced that she needs Sarwar in her life. She has the money and a running business but she lacks the confidence to run it on her own. And obviously she is smitten by her young and charming husband. 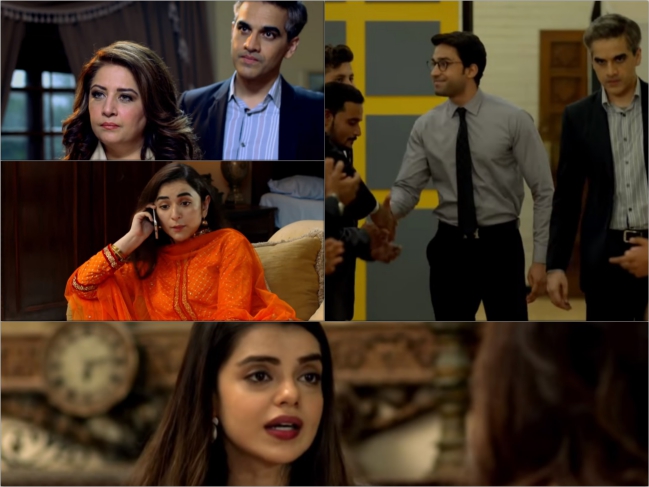 The scenes leading to the conversation Mahjabeen had with her aba and the conversation itself was truly heart-warming. Sarwar is a predator who plays on people’s weaknesses and he never misses his target. Mahjabeen’s father knows him only too well therefore he was able to handle the situation wisely.

This was another powerful and emotional episode of Pyar Ke Sadqay packed with enough scenes to keep it light-hearted. It seldom happens that a drama makes you laugh and cry at the same time. Apart from Ranjha Ranjha Kardi, this is the only drama that has managed to do that. The performances have been outstanding and I am really impressed with the kind of versatility the leading actors have shown in this play. All these characters are complex therefore only a good team of actors could have breathed life into them. I would also give Zanjabeel Asim Shah tons of credit for penning down an exceptional script.

Will Abdullah listen to Sarwar or will Mahjabeen’s support make him a more confident individual? I am looking forward to watching more of Mahjabeen and Abdullah’s scenes together in the upcoming episode. Now that Shanzay is married, will Abdullah finally move on?

Do share your thoughts about tonight’s remarkable episode of Pyar Ke Sadqay.