Raasta (راستہ) is a film featuring the famous media person old Sahir Lodhi as director, producer, writer and main hero. 48 year old Sahir Lodhi has worked as a host, actor, RJ on television and dramas and is now appearing on big screen. It is the first film of Sahir Lodhi in each aspect and made for a social cause. As per Sahir Lodhi all the profit of the film will be used to construct a hospital in Karachi for the unprivileged sections of the society. So apart from entertaining the public Sahir Lodhi is also doing social work.

The release date of Raasta is now confirmed in a press conference in Karachi last week. It will release on the Republic Day of Pakistan on Friday 23rd March 2017.

Apart from Sahir Lodhi, Aijaz Aslam is also appearing in an important role in the film. Naveed Raza is playing the villain. Model Abeer Raza is playing the female lead, while another model Saima Azhar has a special appearance in this film. The film also includes an item song shot on Mathira. Familiar names of films Sana Fakhir and Shamoon Abbassi are also part of Raasta.

The film is mostly shot in Karachi and Makran division.

Video of the song Dil Faqeer (دل فقیر) from the film is also released. Rahat Fateh Ali Khan provided the vocals for this song. The melodious song featuring Sahir Lodhi and Abeer Rizvi is shot at the scenic locations of Makran division, Balochistan. 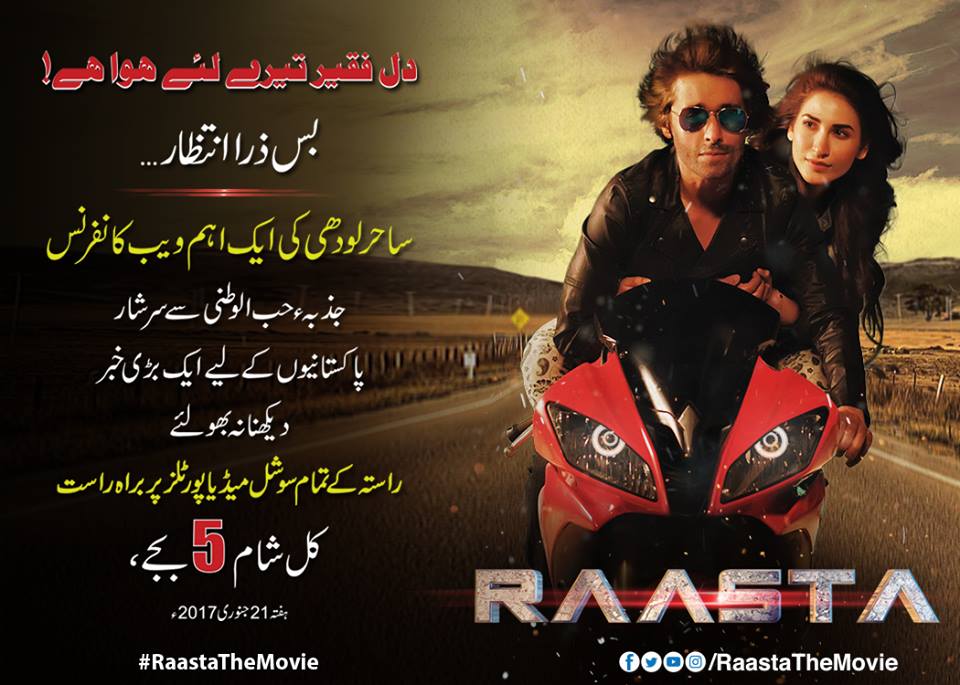