This last episode of Ranjha Ranjha Kardi belonged to Bhola – Imran Ashraf – one of those very few characters and actors who can make you laugh and cry at the same time. Bhola’s innocence, his love for his dulhan and in the end the strong message the writer gave was absolutely brilliant. We all need acceptance as well as love and Bhola too needed just that, someone who would accept and love him for who he was. The reassurance from his dulhan in the last scene was the best part of this last episode. The first half of this episode was action packed and phenomenal, the second half focused entirely on Bhola and Noori – how he got better and ultimately these two lived happily ever after.

While it was truly gratifying watching Bhola and Noori live a happy life together, the fact that Nusrat’s end was not shown at all and he got away with everything was the most disappointing aspect of this last episode. The wrong medication he had been giving Bhola for all these years led to making Bhola’s condition worse yet he did not get the punishment he deserved. The fact that he supported Noori in the end was simply not enough to make up for all his wrongdoings. Apart from giving Bhola the wrong medications, he was also constantly stealing Fehmida’s money. Also, Komal’s reaction after she found out what her father had been doing for all these years was not convincing at all since she always had a special place in her heart for Bhola. How could she forgive her father so easily? I have to say that I am disappointed with how some of the tracks were handled in this last episode. In the end Fehmida was completely out of the picture too. Sahir’s ending wasn’t satisfying either, he deserved worse than not getting his hands on the money. We watched all these characters viciously plot and plan against Bhola for weeks but in the end it seemed like Noori was the only one who truly needed to redeem herself. I would have loved to see Fehmida kick Nusrat out, Noori taking over the family business and making sure Sahir’s future was bleak. I never even imagined that Nusrat would be living under the same roof with this family in the end. 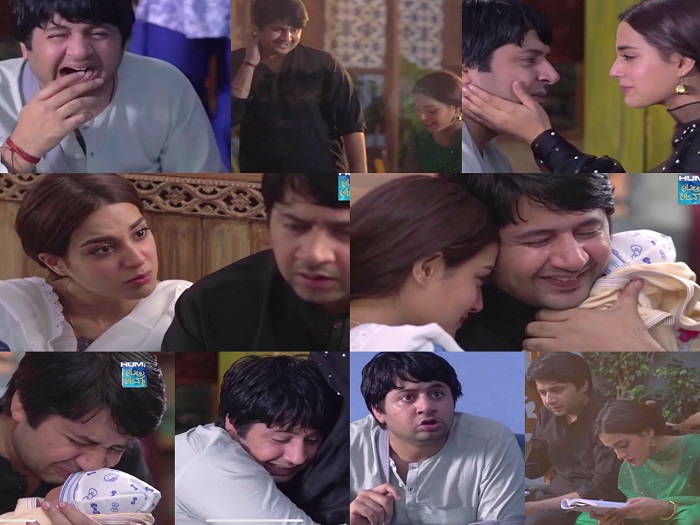 Overall Impression of The Play

Overall Ranjha Ranjha Kardi was entertaining and emotionally impactful with some of the most well established characters with depth and meaning, they also always had a clear goal, which made their journeys relatable as well as engaging. The character development in this drama had to be its biggest strength. Ranjha Ranjha Kardi was the perfect example of a drama which is both plot and character driven. Right from the get-go Noori wanted respect and a status because she never felt a sense of belonging towards her family. Her motivation throughout was a better future even when she was going through the most difficult times, she remained practical because of this aspect of her character.

Bhola’s innocence, his vulnerability and most importantly his challenges made the human element of his character stand out. Bhola’s character gave a definite identity to all such people who face similar challenges yet they are most often not even treated as living and breathing humans with feelings. Bhola’s dialogues and this character will not be forgotten anytime soon. This drama showed in the most engaging manner possible how these people who are very different from others are more sensitive than most of us and they also need love. The most important lesson in this drama was that you should never trust anyone with special needs children since they are highly vulnerable. Fehmida’s superstition and her over-reliance on Nusrat was the main reason why Bhola did not get the protection or medical care he needed to get better. Like many other dramas written by Faiza Iftikhar, this one too had the most dynamic supporting characters which constantly added something tangible to the story. There wasn’t a single unnecessary character in this play and it was highly impressive how all these characters were given sufficient screen time (with the exception of Komal who definitely deserved more screen time in the last few episodes in particular). Fehmida too should have been given more screen time in this last episode. A few dialogues about her grandson would have been perfect. The way Sahir kept the viewers guessing for the longest time was absolutely amazing. 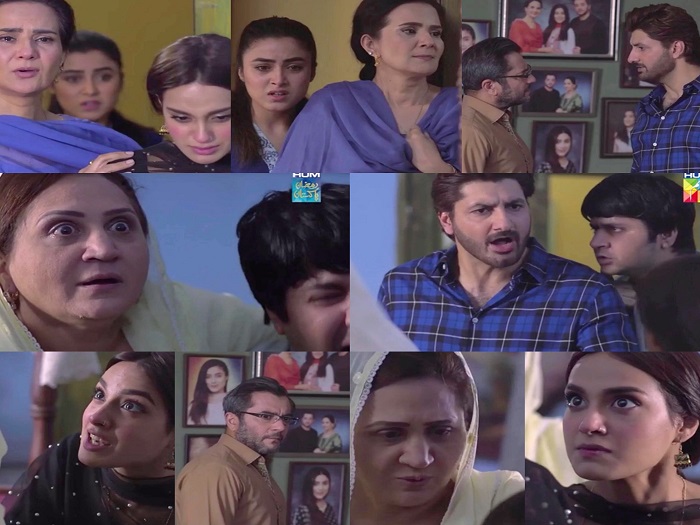 Imran Ashraf is a phenomenal actor but this had to be one of his best performances. He owned his character completely and yet again proved that no character can ever be too challenging for him. His outstanding performance definitely deserves recognition in the form of an award. I am going to be honest, when I found out that Iqra Aziz was going to be playing the protagonist in this drama, I wasn’t too sure if she will be able to deliver. I must say now that she absolutely nailed her character and left me in awe of her remarkable performance. Noori’s journey had so many ups and downs yet Iqra Aziz translated every single emotion superbly on screen. I am sure her honest and effective performance has won her many fans. Asma Abbas deserves tons of praise for bringing out the best in her character. Even though Fehmida, just like all the other characters, was never perfect but she was always likable. Asma Abbas’ performance was a mix of innocence and grace which was remarkable. Also, all these actors had such amazing on-screen chemistry which made their performances even more rewarding. Syed Jibran did exactly what he was expected to and made his character intriguing. Right from his first scene, you couldn’t be sure if Sahir was genuine or not. He made every scene count and did complete justice to his character. Ammara Butt’s performance too was on point throughout. Munazzah Arif is another actress who always performs well and her dialogue delivery in particular is superb. Kashif Mahmood is the only actor who went overboard a few times and his dialogue delivery wasn’t always natural. Zaib Rehman’s character had a lot to offer and her performance throughout was nuanced.

Noor-ul-Hassan was extremely convincing as Shoka; he never ceases to impress the viewers. Ismat Iqbal (Noori’s mother) and the actor who played Noori’s father’s role also gave realistic performances. All the other characters who were part of Noori’s life before she got married to Bhola, played their role exceptionally well which is why this drama held the interest of the viewers right from the start.

This drama showed how a well written script and a skillful director can bring out the best in the actors. Faiza Iftikhar and Kashif Nisar gave the viewers a drama they will not forget for a really long time even though the ending was somewhat incomplete. This has been an amazing journey and I would like to thank all those wonderful people who read the reviews every week and commented here, I appreciate your feedback and look forward to it. I am going to miss our discussions on this thread.

Do share your thoughts about Ranjha Ranjha Kardi’s last episode.