Both Sajal Aly and Saboor Aly kicked off their acting career together. Both Sajal and Saboor were seen in prominent roles in soap Mahmood Abbad Ki Malkain.

Later on, Sajal Aly gained the attention of most of the poeple. But it isn’t like Saboor got neglected. Saboor ALy through her handwork and talent proved that talent runs in her blood.

Talking about the acting career of Saboor Aly; Aly started her career with a small role in Choti Si Kahani and followed it with a supporting role in the family drama Mehmoodabad Ki Malkain on ARY Digital in 2011, in which she appeared with her sister Sajal Aly. After that she again appeared with her sister Sajal, in an episode of Kitni Girhain Baqi Hain, an anthology series on Hum TV, and subsequently featured in the Hum TV’s acclaimed romantic drama Bunty I Love You, alongside Saba Qamar.

In September 2016, she made her film debut with Nabeel Qureshi’s socio-comedy film Actor in Law, staring Fahad Mustafa, Mehvish Hayat and Om Puri. Her portrayal of a supportive sister of Mustafa’s character earned her a Best Supporting Actress nomination at Lux Style Awards. Aly played the lead in the telefilm Nanu Aur Main, which revolves around the grandfather-granddaughter relationship. The telefilm received positive reviews from the critics and public, and Aly was praised for her performance. Aly next played second-lead roles in the dramas Teri Meri Kahani and Visaal the later of which is among the highest-rated Pakistani dramas of 2018. Her darmas Gul-O-Gulzar and Naqab Zun were also top rated dramas of the respective seasons.

Here we have some recent pictures of Saboor Aly in which she is looking absolutely stunning. Let’s have a look at these photographs: 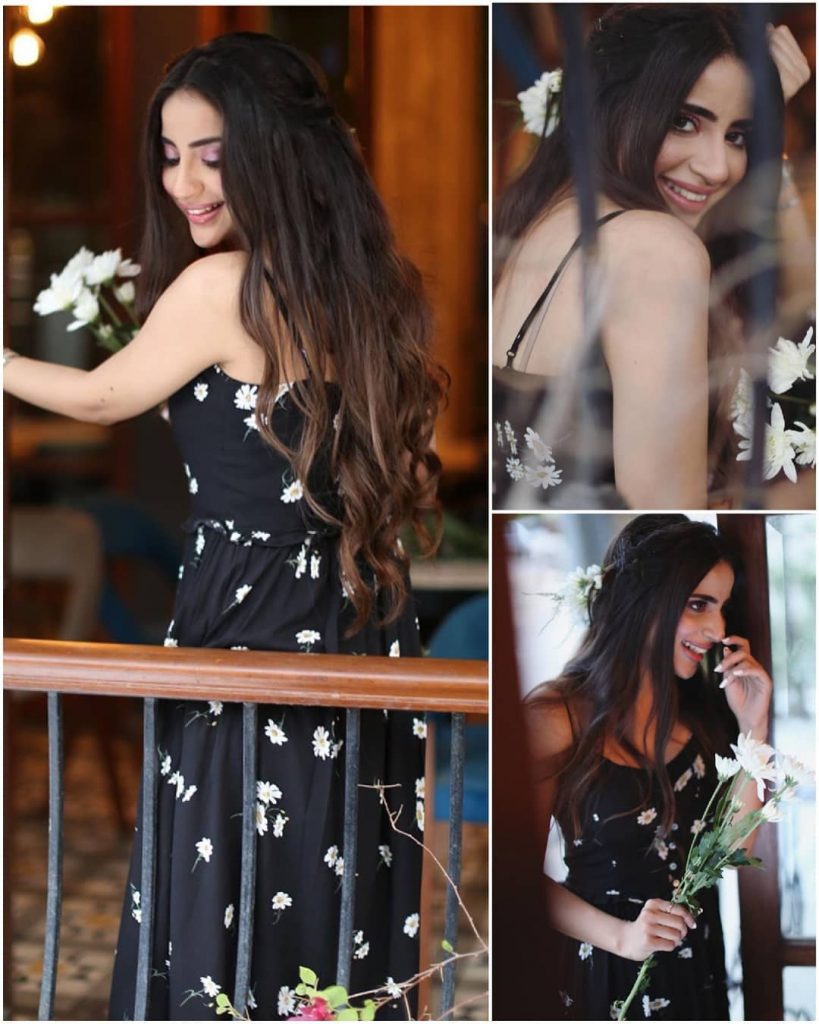